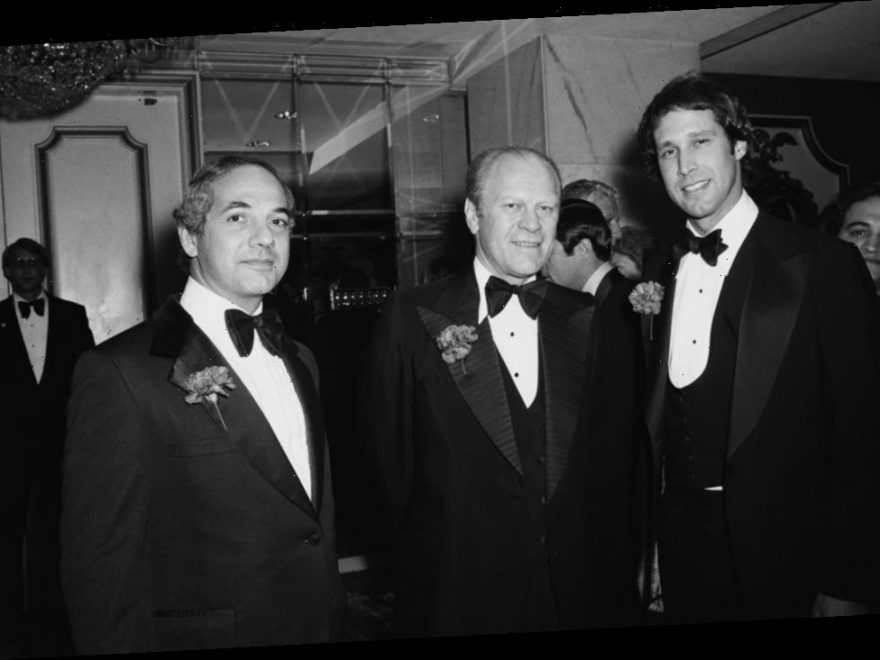 Saturday Night Live has always made presidential impersonations a key tool in its topical comedy arsenal. Over the years, this has included everything from Will Ferrell’s star-making take on George W. Bush to the more divisive stunt-casting of Alec Baldwin as Donald Trump in recent years.

Premiering in 1975, Saturday Night Live began life during the administration of Gerald Ford. Chevy Chase took on the duty of playing Ford in these early seasons, using a more unorthodox approach than what modern viewers might expect from an impression. Some argue, however, that this strange non-impression was actually a brilliant move.

‘Saturday Night Live’ pulled no punches during the Ford presidency

Anyone who’s seen clips of Chase’s impression of Ford on Saturday Night Live will tell you what makes it so unusual: it’s hardly an impression at all. Chase makes no effort to mimic the then-president’s voice or mannerisms, nor was any effort made to make him look like his subject. The show even mocked this fact, with onscreen text in one sketch noting that well-known impressionist of the day Rich Little was too expensive to book.

The main hook of the bits is the physical comedy, with Chase frequently falling over or running into things, riffing on the public perception of Ford as a clumsy buffoon.

According to Hollywood dialect coach and accent expert, Erik Singer, this stripped-back approach might be what actually makes it a brilliant impression. Singer is a recurring guest on Wired’s YouTube series, “Technique Critique,” where he breaks down accents in movies as well as performances based on real people.

“This is one of my very favorite impressions of all time,” Singer said in a video about “Actors Playing Presidents,” starting at 21:56. “It’s not an impression, he’s doing literally nothing. He’s just using physical comedy to make the point that [President Gerald] Ford was clumsy and, I guess, not that intelligent, and doing nothing else. There’s something absurd about it. I don’t know, it just makes me giggle.”

Erik Singer also had big praise for Will Ferrell

In that same video, Singer makes observations about a number of other Saturday Night Live impressions in between other, much more serious performances. In particular, he singles out Ferrell’s take on George W. Bush for praise. This is both because of how Ferrell’s impression improved greatly over time and for how some of his techniques mirrored those found in serious dramas.

In later skits, Singer points on that the “oral postures” of Ferrell’s Saturday Night Live impression, not just his vocal inflections, matched those of the former President. This includes his tense, drawn-back lips and outthrust chin, which the expert compared favorably to some of the better dramatic portrayals of Bush.

“Will Ferrell’s a talented impressionist,” Singer said. “So, even though it’s slightly exaggerated, we see some very, very fine observations, just like we do in [the] much more straightforward and kind of uncanny evocation of W. [with Josh Brolin].”