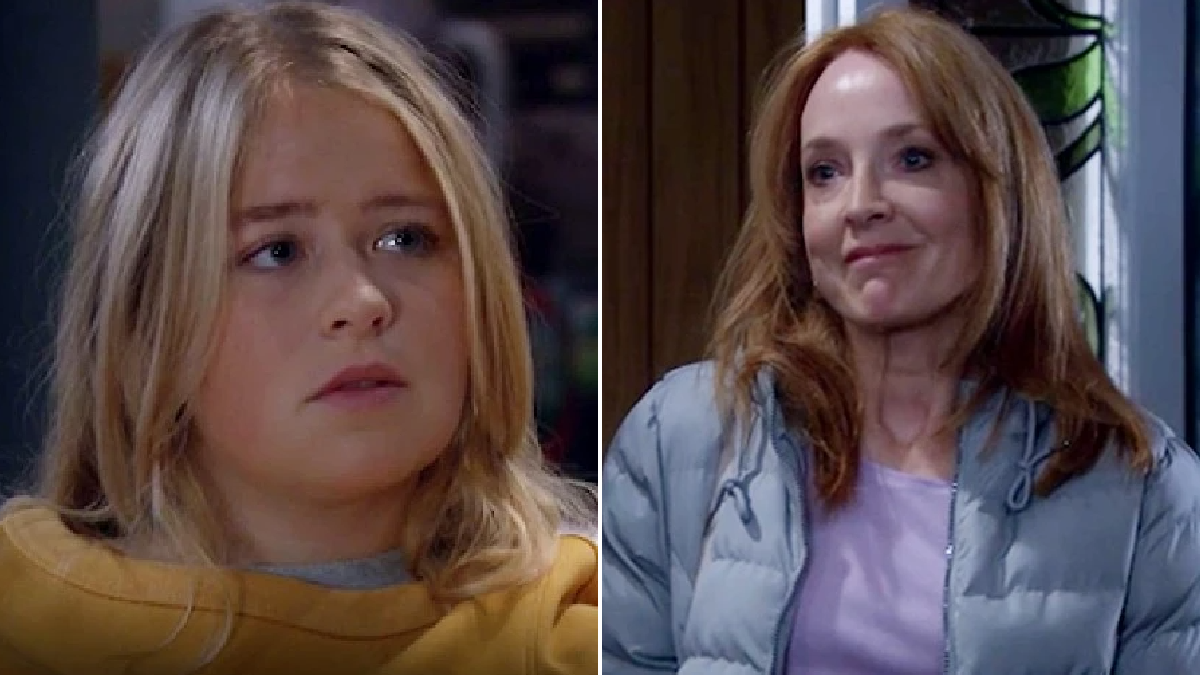 Sandra (Joanne Mitchell) continues to manipulate her daughter Liv (Isobel Steele) in upcoming episodes of Emmerdale, as she turns her attention to trying to drive a wedge between Liv and Vinny (Bradley Johnson).

While Liv was fairly ready to accept that her mother was trying hard to stay sober and had turned over a new leaf, Vinny has been a lot more suspicious of Sandra’s true motives. By trying to get Vinny out of the way, Sandra no doubt feels she’ll have much greater control over Liv – and Liv’s cash, money being really Sandra’s only motivation.

When she sees Vinny and Gabby (Rosie Bentham) having fun together, Sandra gets an idea to use Liv’s asexuality against her. She questions her daughter about her asexuality and the possible issues that could arise in her marriage as a result of it.

Then she mentions Gabby, insinuating that there might be an attraction between her and Vinny. Liv starts to have doubts.

Next, Sandra talks to Gabby, telling her that Liv and Vinny are having troubles in their marriage. Gabby decides to talk to Vinny and offer him her support, but when she appears Liv is instantly suspicious and uneasy, particularly when Sandra once again questions Gabby’s intentions towards Vinny.

Could Vinny and Liv be split apart by Sandra’s nasty behaviour, leaving Liv even more vulnerable to Sandra’s money-grabbing schemes?