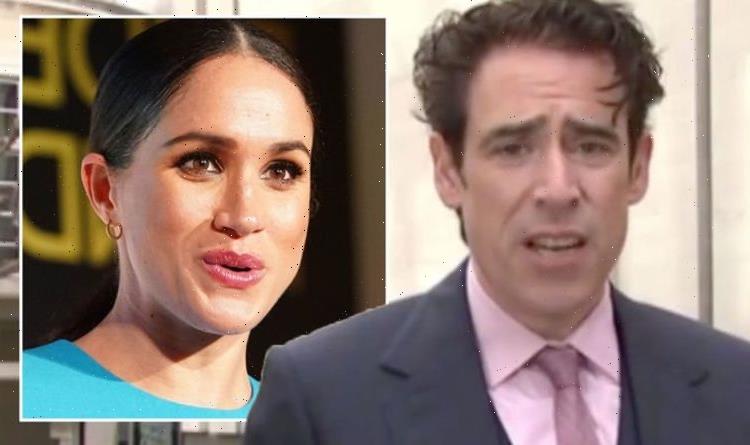 Earlier this week, it was announced Meghan Markle would be releasing her very first children’s book in the summer, titled The Bench. And comedian and actor Stephen Mangan joined Susanna Reid and Adil Ray on Good Morning Britain on Thursday to explain he too is stepping into the world of children’s literature in 2021 as well as unveiling a new virtual reality art trail coming to London this weekend.

However, when Susanna joked he’d be facing stern competition with his new book from Meghan, Stephen didn’t hold back.

The moment came as Stephen explained: “I wrote a children’s book just to, you know, have an excuse to hide in the cupboard with my laptop.”

“Fantastic,” Adil said as Susanna weighed in: “It seems like writing children’s books is all the rage at the moment.

“You’re in competition with the Duchess of Sussex,” she teased. 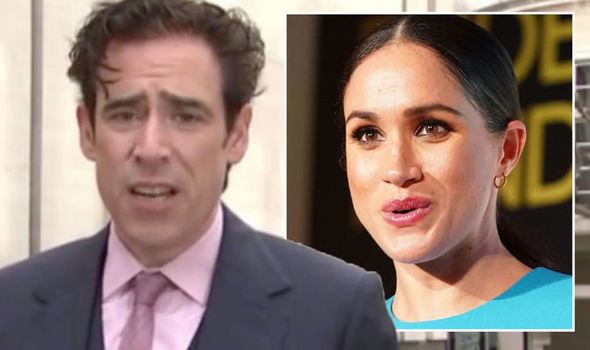 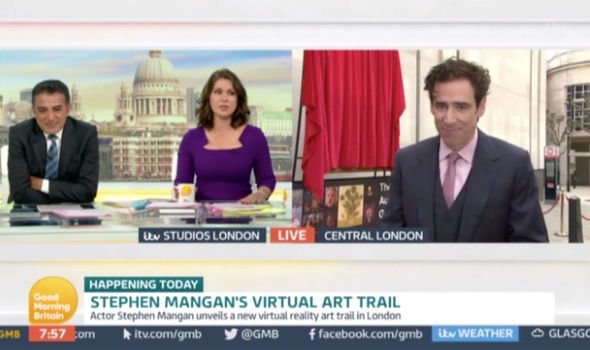 He added: “I think these royals should just stick to what they’re good at and leave writing children’s books to people who are hiding from their children like me.”

The Duchess of Sussex’s book is penned for release in June 2021.

In a statement about the launch, Meghan said: “The Bench started as a poem I wrote for my husband on Father’s Day, the month after Archie was born.

Meghan Markle slammed for use of royal title on new book

”That poem became this story,” the Duchess of Sussex added.

She continued: “My hope is that The Bench resonates with every family, no matter the make-up, as much as it does with mine.”

The children’s book will feature illustrations from award-winner Christian Robinson.