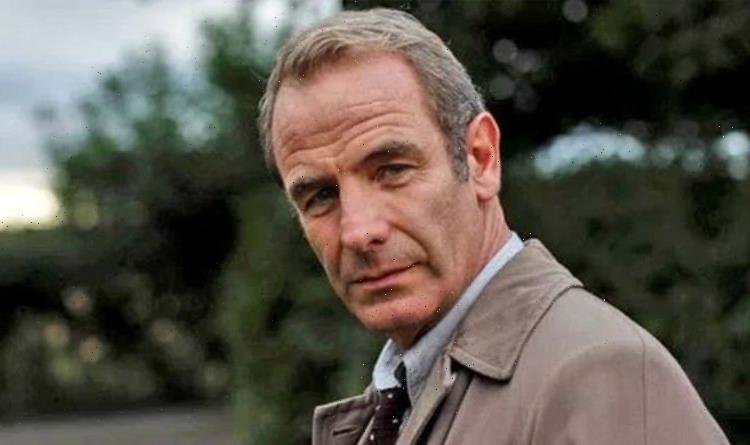 ITV’s Grantchester has returned for season six, with Mr Green once again starring as Geordie Keating the detective. The show is a Fifties crime drama, set in the Cambridgeshire village of Grantchester, and has been on TV for seven years. Mr Robson has always been positive about the show, but this contrasts with other acting roles he has taken on in the past.

In 2018, he revealed that he had to “flee” from other work because of his dislike of his co-stars.

On some of his previous work, Mr Robson said: “Butt-clenchingly awful, some of them. Like, ‘I’ve got to get out of this hellhole’.

“It’s just narcissism, I mean, narcissism is part of the equation of being an actor. But my God, there’s different levels and scales, and I’ve been alongside most of them.

“There’s lots of other jobs that make me deeply unhappy, you know. In life, there are just some things that shall remain nameless, where I got up in the morning and went, ‘I don’t know if I’m going to get through the day’.

“There’s a couple of things I’ve done where I’ve walked off, because I just can’t abide the people I’m working with, you know.”

Ahead of season six of Grantchester, Mr Robson has been much more positive about his current co-stars.

On the prospect of working with Tom Brittney, who plays Reverend Will Davenport, Robson expressed excitement, and even admitted fears over delays to filming.

He told the press: “I didn’t think it was going to happen! I was making documentaries and I thought drama won’t be able to be made, especially looking at the theatre world where everything had unfortunately closed down.

“When I got the call that they’d worked out a system where, under Covid protocols, we could make the show, it was fantastic!

“I was so glad to be back filming with everyone.”

Last month, Mr Robson also teased Mr Keating and Mr Davenport’s relationship in the show will take a turn for the worse.

Season six will be set in 1958, where there is trouble brewing as Mr Davenport relishes his role as a firebrand vicar, willing to rock the boat and challenge conventions to help anyone in trouble.

The synopsis for the show reads: “But the very role he loves puts him at odds with his own ideals when his kindhearted curate, Leonard Finch is caught up in a scandal.

“Will and Geordie’s friendship is also tested when an old army buddy comes back into Geordie’s life.”

Robson and his co-star Tom recently sat down with the press to discuss what’s in store for the next season.

Grantchester is known for its sense of humour and the chemistry between its two leads.

However, the stars revealed that there had been some especially difficult scenes to film.

Tom explained: “Because we’re such best mates in real life, our characters, a couple of things happen that really threatened to tear our friendship apart.

“So I think the most challenging thing was to have scenes erupt and where, where maybe our friendship, it wasn’t so good, and there’s bits where we become quite distant from each other.

“So I guess it was challenging in a way but I remember there was one scene where we were rehearsing, and it’s quite a tough scene, and both you and I were crying like tearing up feeling sorry for our characters.

“We weren’t speaking to each other properly anymore, and be like, oh no, I want us to be friends again.”