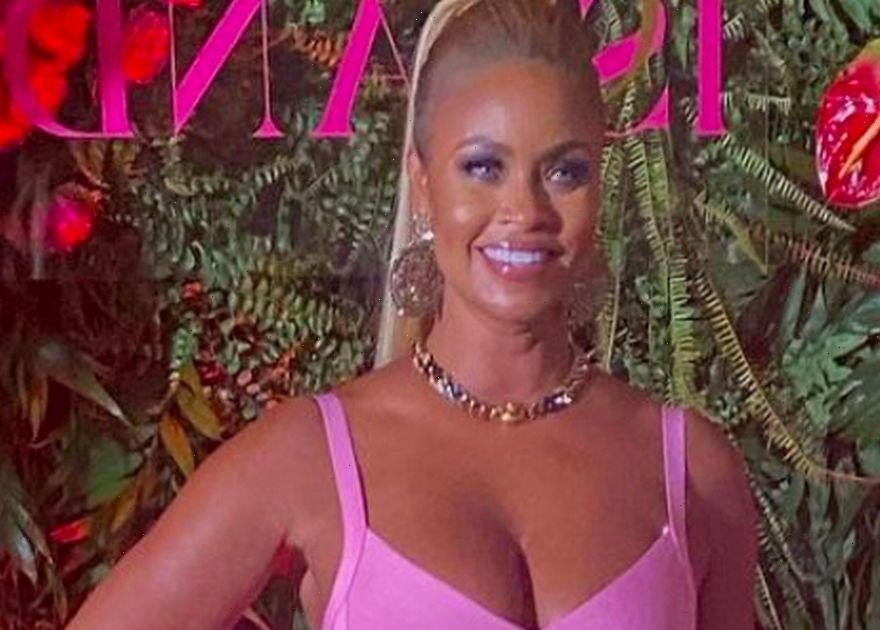 Real Housewives of Potomac OG Gizelle Bryant has said she would do a Nicki Minaj collaboration "free of charge" if the rapper ever called her up.

Hitmaker Nicki recently suggested she would be hosting this year's Potomac reunion specials, with the ladies getting very excited on Instagram.

And when one fan referenced a scene from the previous season of the show – in which Gizelle's daughters were hoping a gift from their dad was Nicki Minaj tickets – Nicki herself made a big promise.

"She gonna have to have her tickets with a meet and greet to go with it," she wrote. "Tell her aunty got her on the next tour – or I'll just see her at the reunion."

Speaking of Nicki's apparent promise, Gizelle exclusively told Daily Star: "From that moment, I became the coolest mother under the sun.

"Nicki's not on tour right now, but as soon as she goes on tour you can trust and believe I'll be hitting her back up.

"We've got to get this meet and greet happening, because my kids will not let me live it down."

Pop stars teaming up with Real Housewives is nothing new.

Back in 2014, Lady Gaga enlisted the help of some of the Real Housewives of Beverly Hills for her video for the song G.U.Y.

And Gizelle would be well up for a cameo in one of Nicki's future releases too.

She told us: "Of course! If Nicki asks – Nicki, Beyonce, Rihanna, any of them – I am on the first plane, and I would do it free of charge!"

Another person who wouldn't look out of place in one of Nicki's videos is Gizelle's co-star Wendy Osefo, who this season unveiled a major body transformation.

She's been spending the season showing off her new boobs and her bum – "Total transformation, head to toe, face, boobs, butt – the whole thing!" Gizelle said – but her appearance isn't the only thing to have changed, it seems.

Gizelle said: "To be quite honest, I liked the Wendy I met last year better than this person.

"I feel like I don't know who this Wendy is, she's totally different."

She went on: "This is a show about real friendship and real relationships and it just seems like she wants to get together with the group and throw out one-liners that just don't make any sense.

"I'm a little confused about Wendy these days. I don't understand it, it came out the left field. I hope she finds her way."

This season, fans have seen cast member Candiace Dillard Bassett working on her music career – like many Real Housewives, such as Kim Zolciak-Biermann, Melissa Gorga and Luann de Lesseps.

Gizelle told us: "Candiace can really sing, I'll give her that. I can't speak for the rest of the Housewives [laughs] Tardy for the Party…

"But, Candiace doesn't need autotune, Candiace can really sing and I'm happy for her.

"She's really concentrating and focusing on that and it makes sense. It's been her dream since she was a little girl and it fits because she's got the voice to back it up.

"I'm happy for her, I want her to have a fantastic singing career."

So if Gizelle doesn't get that call from Nicki about a collab, maybe Candiace could instead?

"Candiace has already put it out there like 'maybe we can collab'," Gizelle said.

"Listen, if Candiace collaborates with Nicki Minaj, you know how she cries a lot? She'll be crying tears of joy for the rest of her life."

The Real Housewives of Potomac season six is available to stream on hayu, with new episodes added each Monday