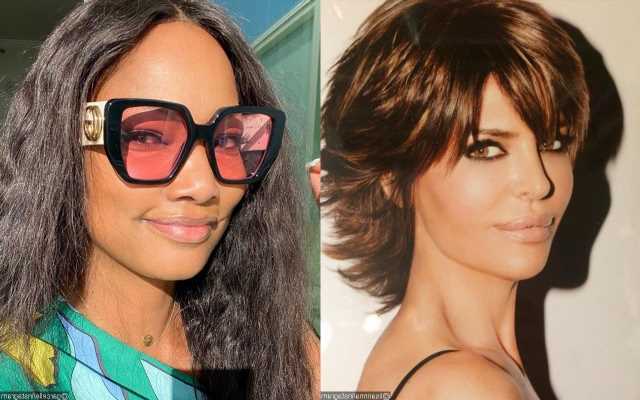 In addition to Lisa and Garcelle’s drama, an insider reveals that host Andy Cohen ‘went hard’ on Erika Jayne amid her legal issues in the special for ‘The Real Housewives of Beverly Hills’.

AceShowbiz – Things apparently went south between Lisa Rinna and Garcelle Beauvais at the reunion special for “The Real Housewives of Beverly Hills“. According to a new report, the two co-stars “went at it” while filming the highly-anticipated special on Friday, September 10.

“Rinna and Garcelle went at it and they went at each other hard,” an insider told HollywoodLife.com. “[Lisa and Garcelle’s fight was one of] the most dramatic moments of the reunion. There was a lot of fighting and yelling that’s been brewing between them all season and it came out.”

As for what caused the fight, the source shared that it was related to Lisa’s claims that Garcelle told the ladies about Tom calling Erika Jayne on purpose. Garcelle denied the accusations, but it seemed like Lisa didn’t buy it as she brought it up at the reunion.

In addition to Lisa and Garcelle’s drama, the source also added that host Andy Cohen “went hard on Erika” amid her legal issues. “[Things] got heated between them a couple of times, but [Erika] held her own and answered everything she could answer. She felt good about how she handled herself and [remained] strong,” the informant shared.

Prior to this, Andy revealed what would be the big topic during the three-part special. “Well, the drama kept coming up because there were tentacles of the drama that involved, you know, all the ladies,” the 53-year-old TV personality teased in the Monday, September 13 episode of SiriusXM’s “Radio Andy”.

He went on to say, “I will say, we did a big chunk of her marital drama [with estranged husband Tom Girardi] earlier in the day. And then, I would say the last 90 minutes was a very spirited conversation about the case and what’s going on.”

When asked Erika opened up about her legal drama in the special, Andy revealed, “She answers everything.” He added, “I think that I asked her everything. I mean, the viewers had amazing questions and I feel that we represented the tenor of what the viewers were feeling. I thought it was fascinating, it was engaging, it was surprising. And we did, we spoke about everything. I mean, name a topic and I’ll tell you if it was discussed.”