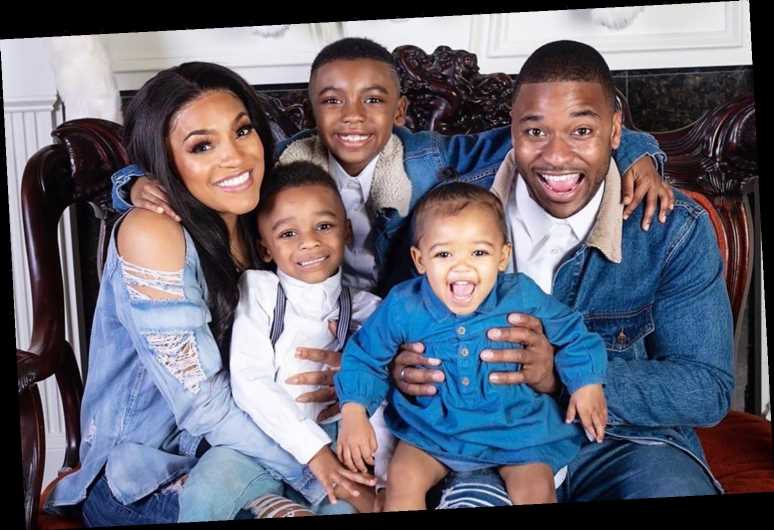 Drew Sidora wants what's best for her children — and she's learning that it might not always be exactly what she had pictured.

On the most recent episode of Real Housewives of Atlanta, Drew, 35, revealed that her ex, with whom she shares 9-year-old Josiah, had reached out about wanting to have a relationship with their son. But for the Step Up actress, she struggled with the possibility for Josiah, who she said considered Drew's husband, Ralph Pittman, to be his dad since he was a young boy.

"Josiah's biological father was in prison when Ralph and I met and Ralph took my heart because he really loved my son," Drew said in a previous confessional.

Among those conversations were ones with Drew's mother, Pastor Jeannette, who "was adopted and similar to my son Josiah, you know, she never had her biological father in her life," Drew explained to viewers.

But while Drew said it was "clear" that her mom "doesn't want nothing to do with her biological father," it was different with her son. "But, in Josiah's case, his dad is reaching out and I feel like it's only fair for me to at least, you know, open that door."

Later, the mother of three sat down with Ralph — with whom she shares son Machai David, 5, and daughter Aniya, 2 — to discuss talking with Josiah, whose biological dad had been "calling."

"You have been advocating for that to happen, so it's just like, alright, let's have the conversation," Drew told Ralph, who asked if she was "ready for it." Though she initiated the conversation, Drew didn't feel ready, explaining, "I don't even know what I'm going to say. Like, I don't want to push anything on him."

"You are the only dad he knows. It's like, he's good," said Drew, who began to get emotional. "Like, he doesn't need anybody else. So I just, in my mind I want to keep it like that, but it's just not the reality," she shared, wiping away tears.

The actress explained to her husband that she wanted "to make sure" that she was being "fair" while also wanting to be "fair to my son because first and foremost, that's what's most important to me."

"Jojo, he doesn't know him, you know, because he went away to jail before he was born," continued Drew, who also wanted to make sure that her ex was "living right."

Although Josiah had met his biological dad in the past, Drew told Ralph that he had recently "said, 'I don't want to talk to him.' "

In a confessional, Drew explained that she "took Josiah to visit his biological dad in prison when he was 2. And then they did meet a year ago, but Josiah didn't understand who he was. So that meeting has to happen again. But I don't know what the outcome will be and I'm not sure if he will be consistent and it's scary."

For Ralph, he was advocating for Josiah to have a relationship with his biological dad. "I just don't want Jojo to ever grow up saying that, 'You stopped me from having a relationship with my dad.' And so yeah, I understand how he feels right now, but I want to make sure that we don't stand in the way from that relationship actually blossoming and them actually being able to establish something and create that real, true father-son bond," he said.

Understanding her husband's perspective, Drew said, "I get that. I don't want to have a misstep to then where he hates me or he's angry," she told Ralph, who was supportive. "And that's why you have me here. And I'ma be with you," he said.

The couple then approached Josiah at the kitchen counter, where he was sitting with his grandma, Pastor Jeanette.

"We were talking about old daddy, because your old daddy has been calling to talk to you and then you have stated you don't want to really talk to him or you're busy or whatever it might be," Drew said to her son, before asking him: "What would make you want to talk to him and —"

Drew then asked her eldest child if he thought his biological dad should apologize or if he'd like him to call him more — both of which were met with a "no" from Josiah.

Ralph then stepped in, saying that he didn't like the term "old dad" before Drew explained the reasoning for it. "Remember when daddy and I first met? You used to call him uncle Ralph. And then when we got married, you said, 'My mommy married uncle Ralph and now he's my daddy.' "

Ralph proceeded to ask Josiah if he wanted to get to know his "old daddy," which was also met with a "no."

Reminding Josiah that he was surrounded by people who love him, Drew said that him having "not one, but two men" in his life that he could "call daddy" was "a blessing, to have somebody that wants to be in your life."

Resting his head on his folded arms, Josiah told his mom "I'm tired," and confirmed to Drew that he was "over this conversation" when she asked.

"Okay, so would you like to talk to old daddy?" Drew asked. Again, it was met with a "no" from Josiah.

Reflecting on his own childhood, Ralph said that he didn't have his dad "around all the time, but I valued him and I love him. … A lot of the things that is of me, I came from my dad. And so I want you to know exactly the things that you do also because of your dad as well. And we're going to have fun."

Speaking to cameras, Drew explained that "growing up, Ralph's dad was really absent and after his passing, I think Ralph can really lend a lot of understanding to Josiah and let him recognize the importance and building a relationship with his dad."

Ralph's perspective seemed to help change Josiah's. "Maybe, it will be like, a maybe," said Josiah.

"Okay! Well, that went from a no to a maybe. That's progress," Drew said. "High five to the progress."

Clarifying his stance, Josiah said, "I'm talking about in the future maybe it will be a maybe."

"Okay, high five to the future," Drew told her son, who went off to continue playing.

Speaking to cameras, Drew said that she would "take a maybe. And I feel like for his age, a 9-year-old, it is a lot to comprehend and I don't want to force it. I want Josiah to make this decision for himself."