She even mocked her by saying her wigs weren't good and claimed that she was "bald-headed." 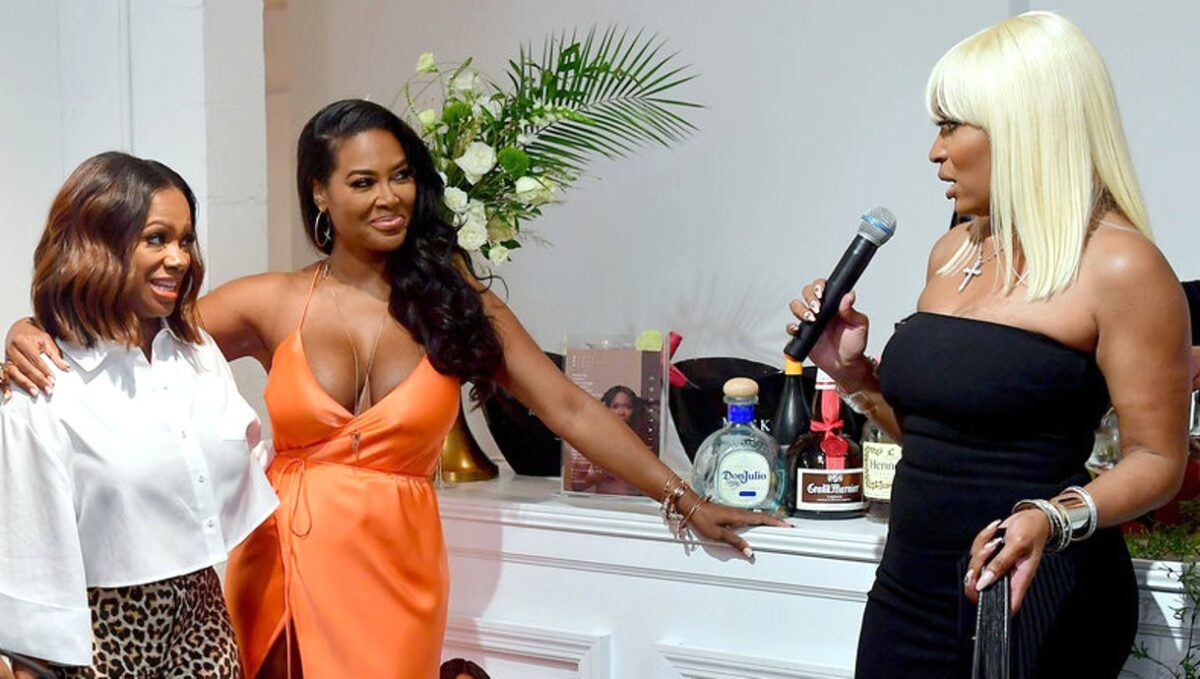 During last night's episode, Marlo threw the launch party for her wig business and all of the Real Housewives of Atlanta came together to celebrate her.

But Kenya tried to upstage the HER-business woman by bringing in drum liners and signs promoting her Kenya Moore Haircare.

Those attending were in shock, to say the least, as they gaped at Kenya and her team. 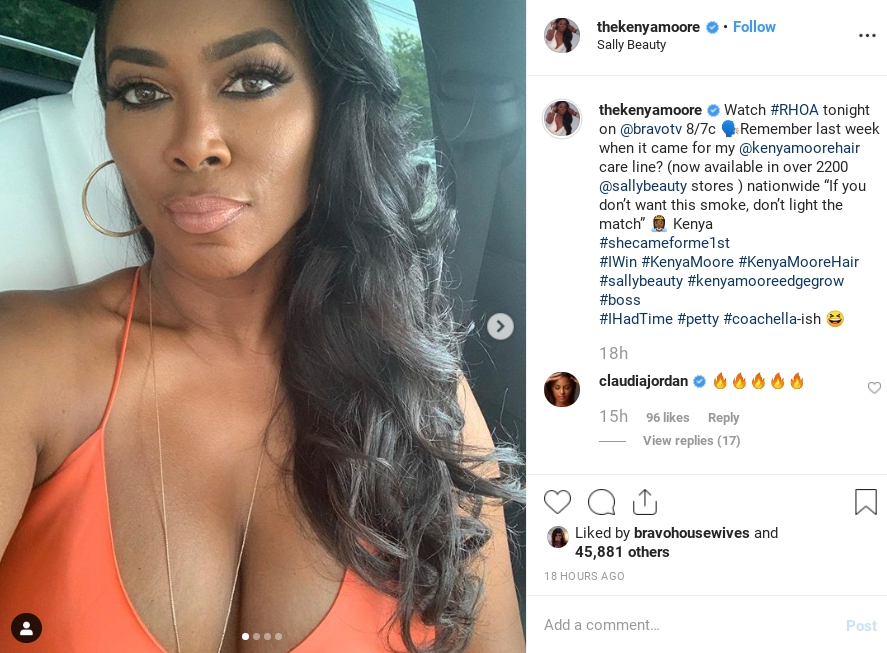 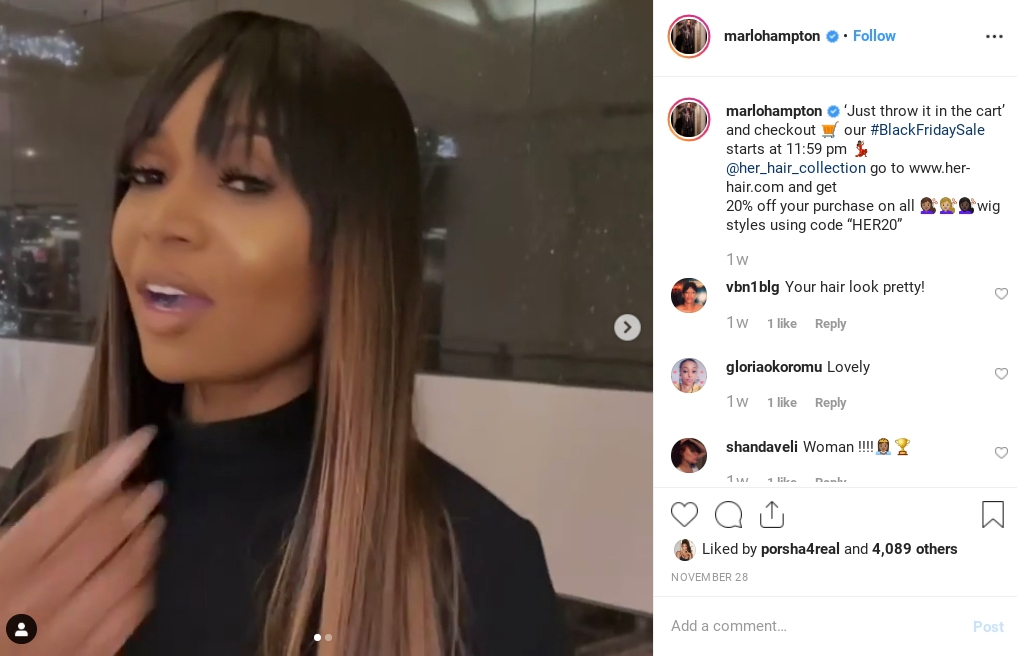 "She's bald-headed to the back of her skull."

Marlo maintained her compure while this happened, but she reached her breaking point before calling for security to escort Kenya out of the event.

She said: "Where is my security? Can we escort Kenya out, please?" 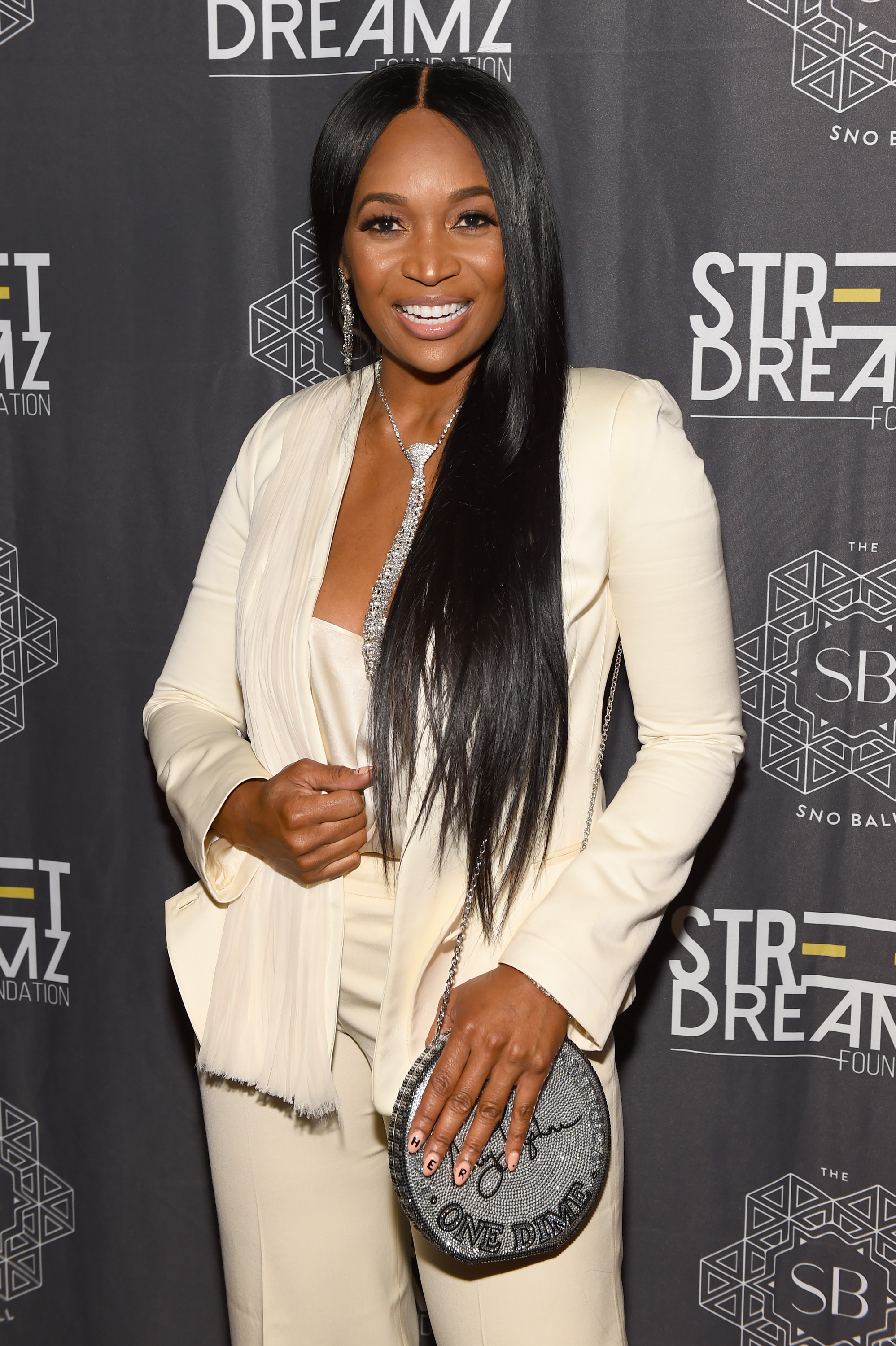 Kenya, who was talking to some of the housewives, laughed off Marlo's attempts.

Marlo then ranted to NeNe, who was also present at the event: "I just feel like this is my event, and now they're all over here with Kenya."

Marlo added, facing Kenya: "And you can't be here."

NeNe dipped out of the party before things took a turn for the worse. 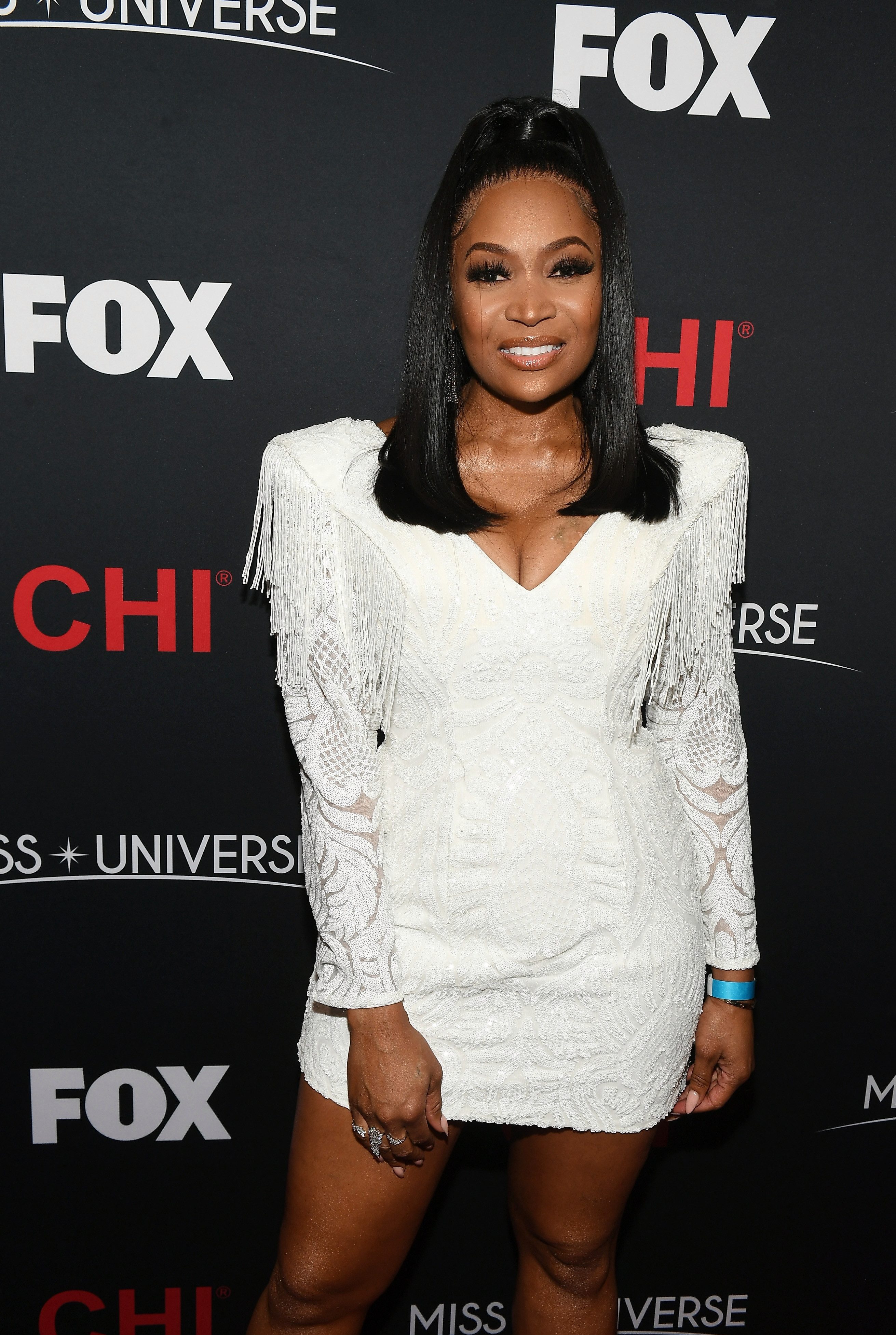 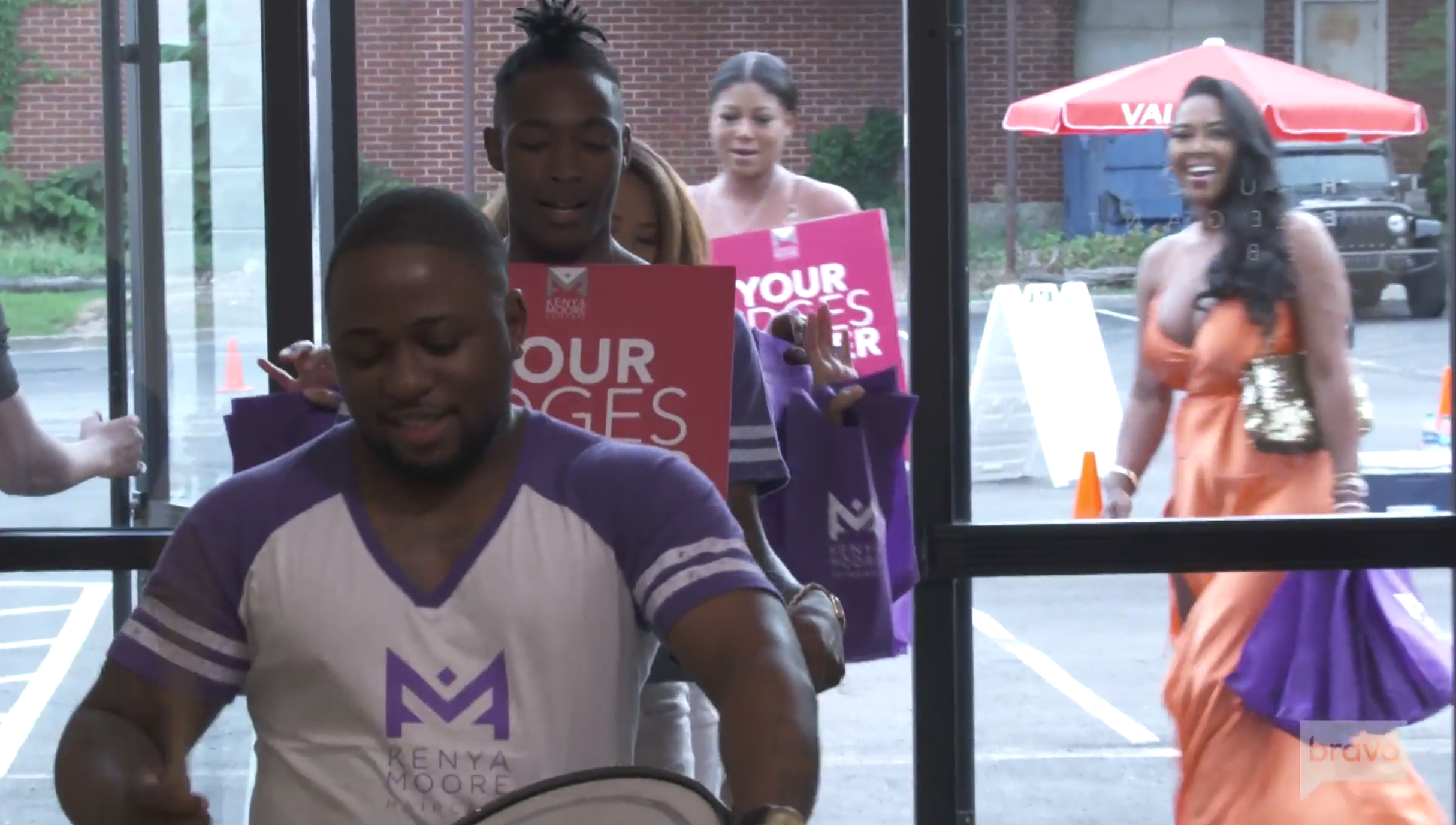 Gail "Yovanna" Momsplaisir and most of the people present at the party joined in. 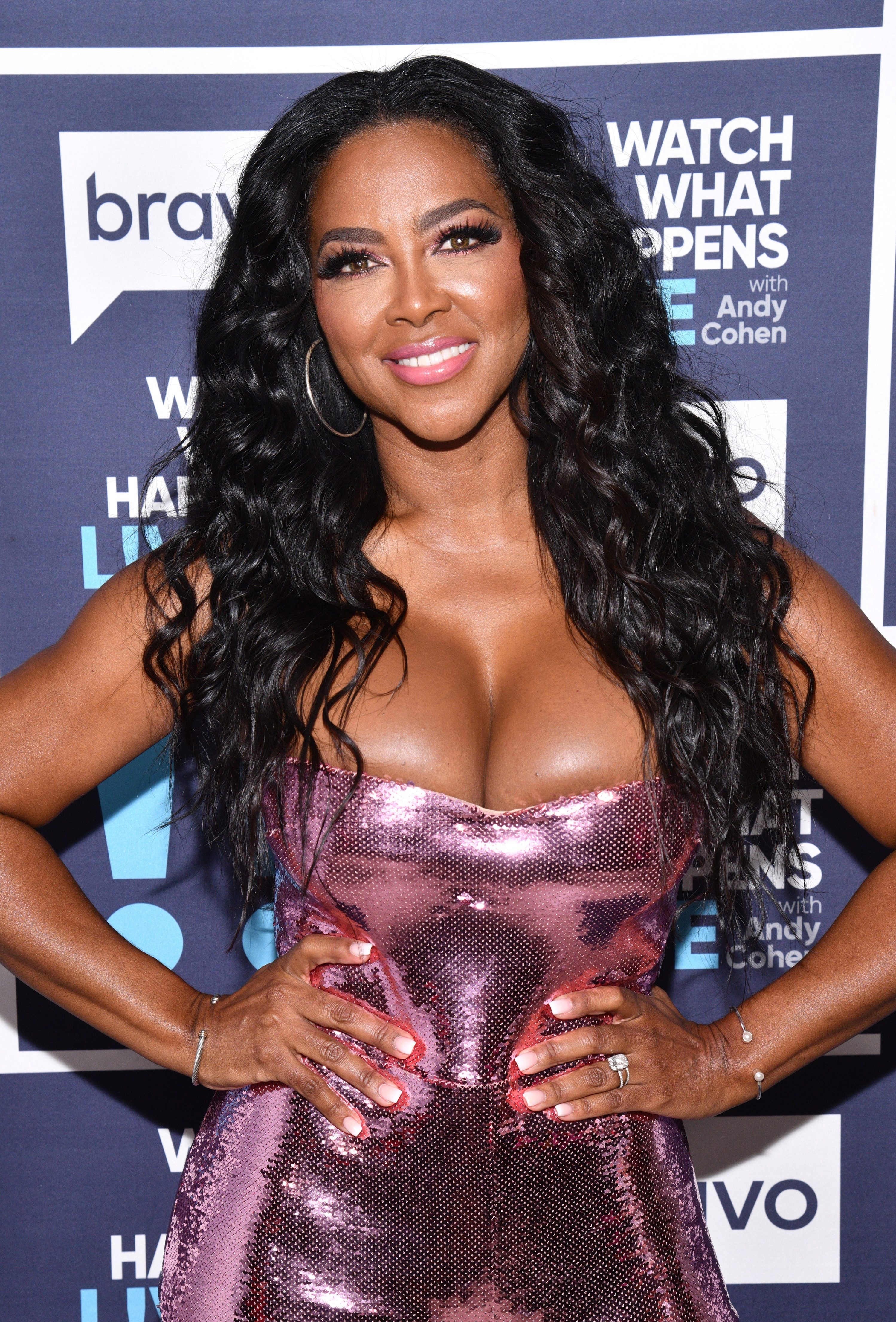 Kenya had launched her own line of hair care products earlier this year.

She told Page Six: "You can tell Kenya has a fake Birkin – you can tell because of the fabric."

"You know how it holds, or stands up? That white one is definitely fake." 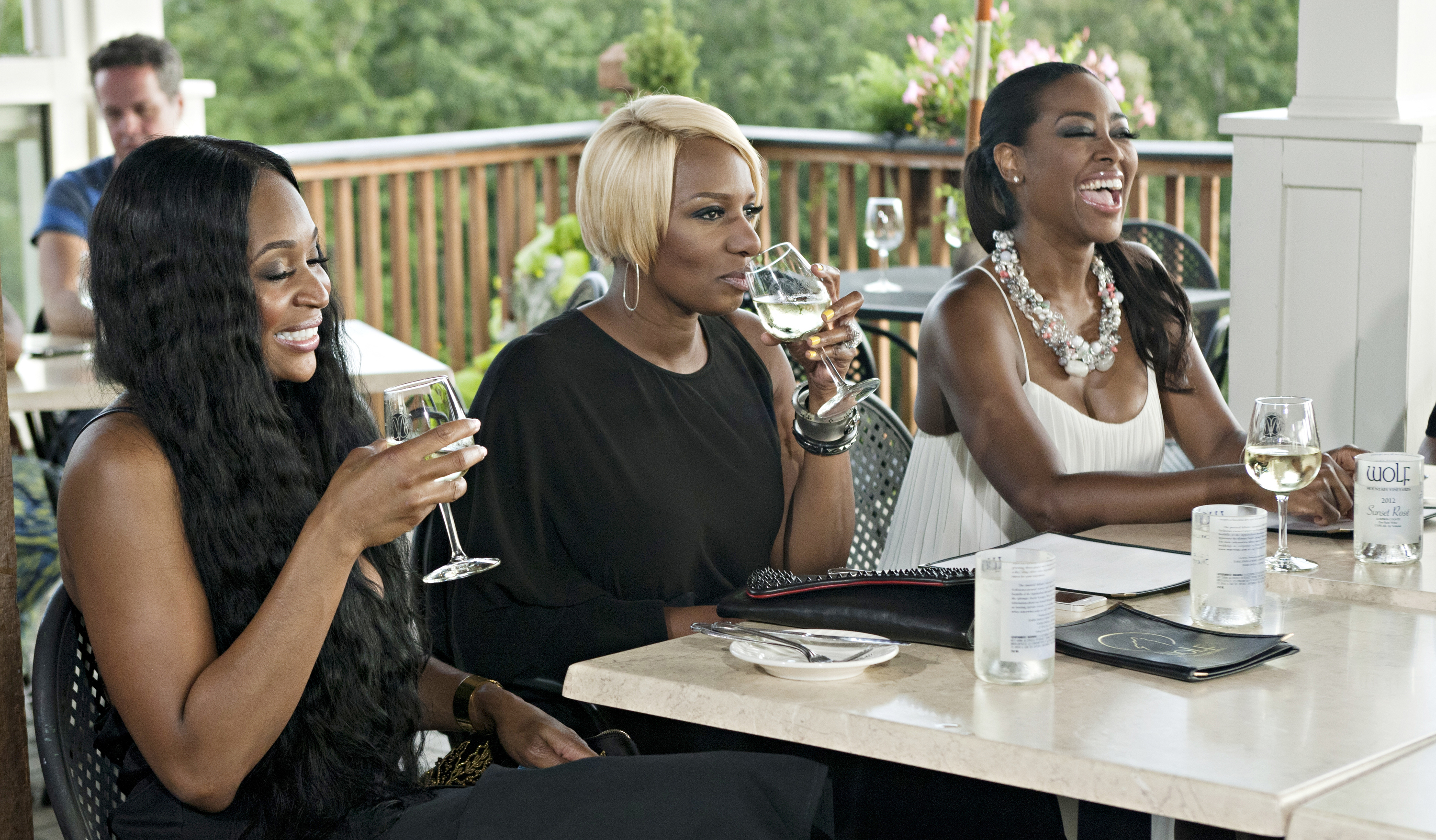 Kenya was also recently labeled as a "snake" by a source close to the show.

They claimed that although Yovanna is the one spreading the drama, Kenya and Cynthia Bailey are the ones talking behind people's backs.

The source said: "Yovanna dishes out so much trash talking, stirring up trouble, but Cynthia and Kenya are in the middle of it all."

"[Kenya] just inserts herself in every situation and it makes Porsha and Cynthia step away from her."