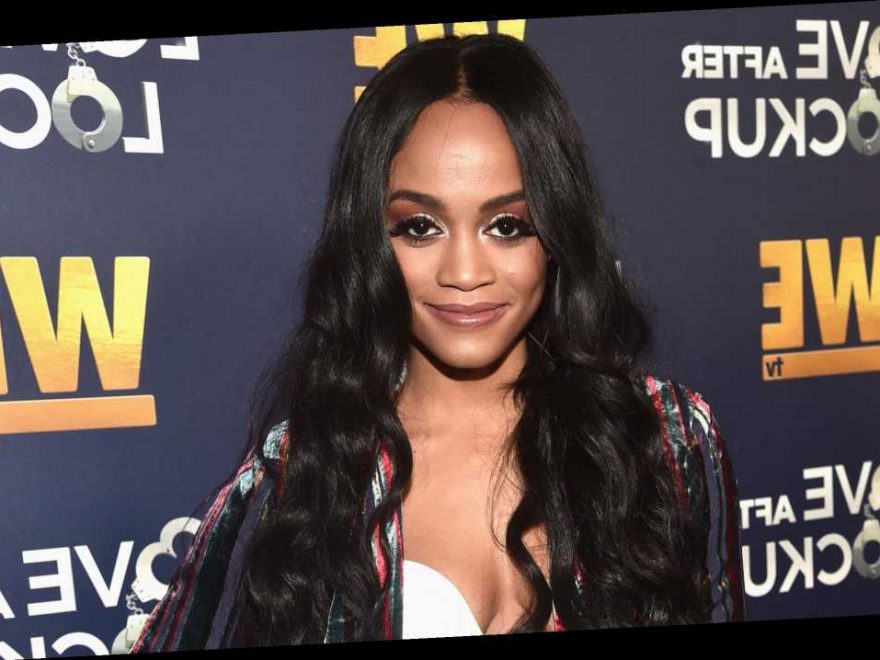 Rachel Lindsay is weighing in on The Bachelor finale.

On Tuesday, the franchise's first Black Bachelorette shared her feelings on the finale, in which Matt James gave his final rose to Rachael Kirkconnell, but did not propose.

During the After the Final Rose special, he revealed to host Emmanuel Acho that he ended their relationship after the controversy surrounding racially insensitive photos of hers.

After Extra's Billy Bush asked Lindsay, 35, how she thought Kirkconnell, 24, was doing following the split, the Extra correspondent said: "I hope that the finale gave her the closure that she needed," adding "I think that she's going to be fine."

Bush wondered if James, 29, was acting out of "personal conviction" when choosing to end his relationship with Kirkconnell, or if he felt pressure from the public to break up with her following the controversy.

RELATED: Bachelor Matt James Explains to Rachael Kirkconnell 'Why We Can't Be in a Relationship' Anymore

"I think it's both, and I think it's hard for us to give an opinion as to what Matt should do or how he should navigate his relationship with Rachael," Lindsay said. "I think it's just a personal decision."

The pair also touched on James' apparent worry when his mom, Patty, pushed him on whether his love for either of his two frontrunners was enough for a proposal so soon.

James told Chris Harrison that he didn't want to put Kirkconnell or Michelle Young in the same position his mom had been in — and later opted not to propose because of his mixed emotions.

Lindsay agreed with Bush's sentiment that James was "hurt by his mom's feelings that love isn't always going to get you there" and his time spent defending her "hurt him a little bit in his ability to love."

"That's actually a good diagnosis," Lindsay said. "I actually agree with you on that one. I think it's true. I think Matt has some issues that he needs to work through, and he was starting to work them out on this season, but that journey for him isn't over yet. So I think once he can get through that … then he can finally get there."

Will you accept this rose? Sign up for PEOPLE's free weekly Bachelor Nation newsletter to get the latest news on The Bachelor, The Bachelorette and everything in between.

She stressed that she does not plan to be involved in upcoming seasons of the franchise.

"I just don't think that things have been fixed in the right way," she said. "Anybody that's standing up for change, I don't understand how you could be a part of this current season, because as we have seen in this current episode, there is still so much work to be done."

Kaitlyn Bristowe and Tayshia Adams will be co-hosting the upcoming 17th season of the reality series.