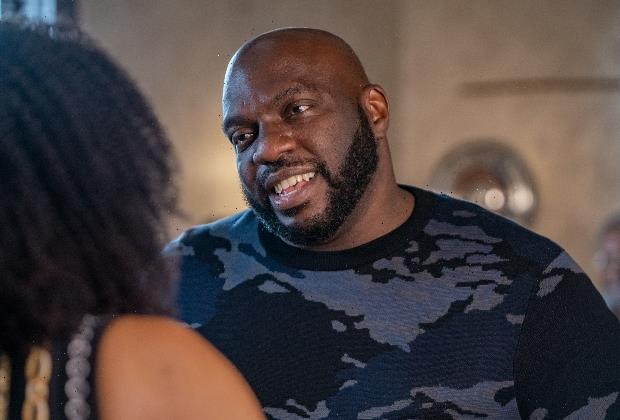 One of the most endearing aspects of Davis’ reunion with the Bordelon brood in Season 6 of Queen Sugar was Hollywood’s prayer.

“We all know it’s been a hard year,” Hollywood said while blessing the family’s dinner in Episode 3 of the beloved OWN drama. “We lost a lot of people: friends, coworkers, mothers. But this year has also given us the opportunity to put stock in what’s important. To let go of what we need to let go of, hold tight to things that we want, and remember what matters the most.”

Omar Dorsey says one of the reasons his character’s dinner prayer resonated with so many viewers is because he spoke from the heart.

“Real talk, I was struggling with that prayer,” Dorsey divulges to TVLine. “It was on the paper, but for some reason, it wasn’t clicking in my mind. I was like, ‘Can I just freestyle this?’ And showrunner Anthony Sparks and the writers are so open because we all know our characters so well. They told me to do what I do as the son of a preacher man, and I did. They write so well. I just wanted to hit all the points they wanted me to hit.”

Dorsey describes the scene as an authentically Black experience so realistic that his costar Kofi Siriboe improvised his character Ralph Angel’s response.

“When Ralph Angel says, ‘Doctor Reverend Hollywood,’ Kofi freestyled that, too,” Dorsey admits. “That’s how we as Black people pray over our dinners: off the cuff and from the heart.” 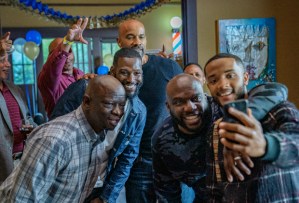 The prayer, as well as his man cave, the Real Spot, and his burgeoning fatherly relationship with Gabriel (played by Eiland Phoenix Ade), are all a part of the Season 6 push to show Hollywood in a patriarchal light, Dorsey adds. It’s also something that will be further explored in tonight’s Episode 4 (9/8c).

“Anytime Hollywood is with one of the kids, first Blue and now Gabriel, it’s just really awesome to see him in that space,” Dorsey says. “This is a man who didn’t have any kids. But we can see through these interactions that Hollywood would’ve been an amazing father. I love watching the dynamic between Hollywood and Gabriel. Eisland is such a natural. The show is called Queen Sugar because it’s women-driven. But you’re going to see Hollywood become a father figure in his community this season.” 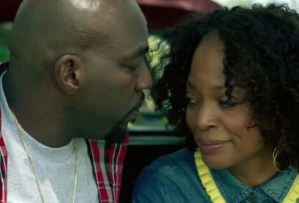 “Vi was happy to see Hollywood take Gabriel under his wing so instinctively and lovingly. That he can be a part of Gabriel’s life gives her joy,” Dorsey explains. “But she’s also a little heartbroken because she can’t give that to him. Tina [Lifford] is one of the greatest actresses in the world, and she was able to have all of those emotions come through without any lines.”

Dorsey will have an abundance of lines, he says, when he plays Cartier Fareed in Season 2 of Starz’s Power Book III: Raising Kanan, which will return in 2022.

“He’s not Hollywood, but they have the same sensibility,” Dorsey says of his upcoming role. “He’s an art dealer, among other things. He’s a very colorful character with a Don King element to him. He uses all of these big, elaborate words and quotes Shakespeare. Cartier is so over-the-top, and Hollywood is so subdued. It’s a fun character to play.”