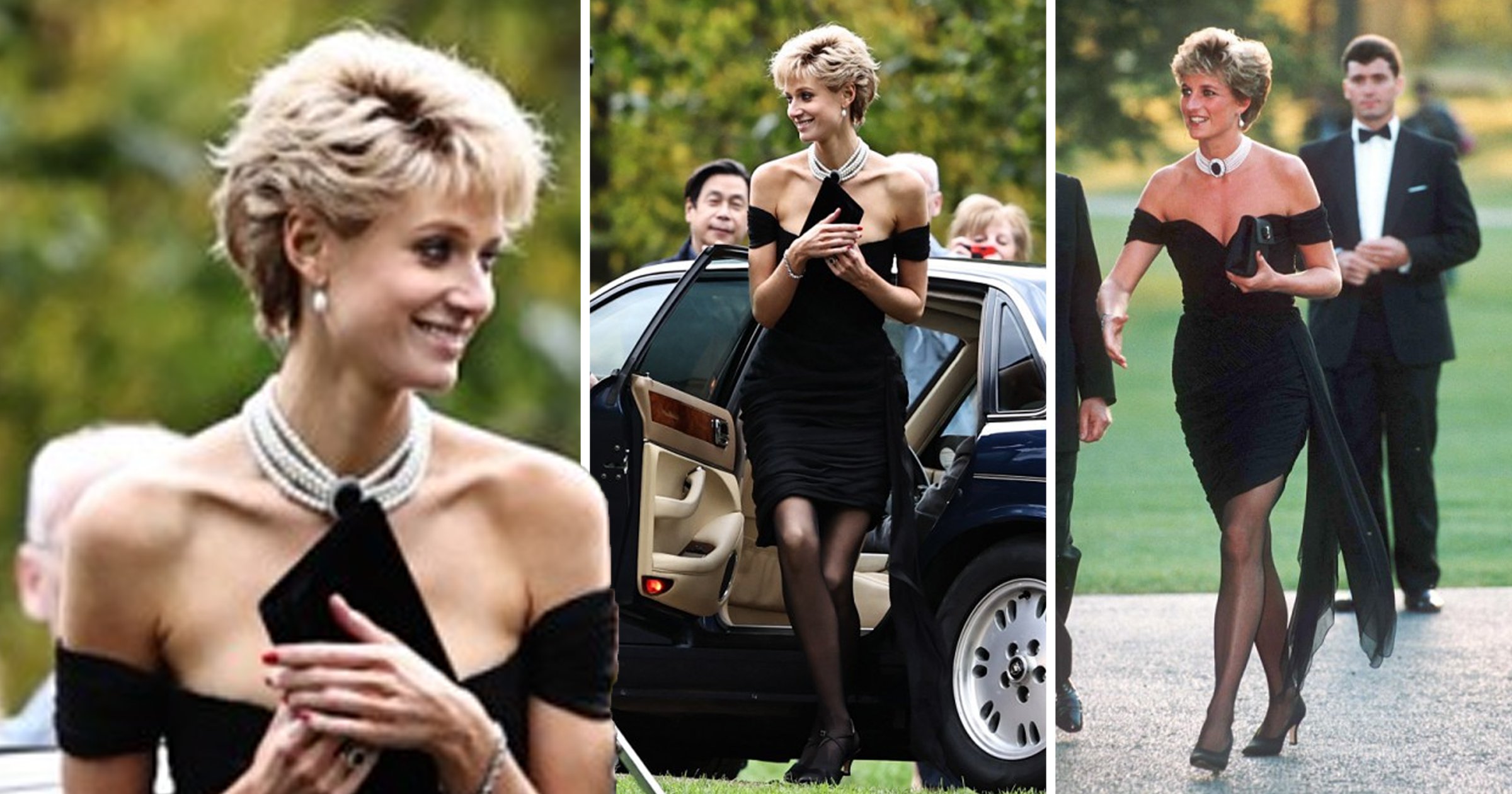 Princess Diana’s ‘revenge dress’ is one of her most recognisable looks and the moment is set to be recreated in The Crown.

Actress Elizabeth Debicki, 31, was seen wearing a replica of the then-controversial off-the-shoulder black velvet cocktail dress that Diana wore in 1994.

The actress matched the princess’s LBD, sheer black tights and court shoes as well as the striking multi-row pearl necklace with a large gem in the centre as she shot scenes for the upcoming series.

Diana had made headlines when she wore the original down, breaking royal protocol, after her husband Prince Charles admitted to being unfaithful.

Dubbed the ‘revenge dress’ as she showed Charles exactly what he was missing, it soon went down in fashion history after her appearance at the 1994 Vanity Fair dinner at the Serpentine Gallery in London.

The £900 Christina Stambolian silk crepe cocktail dress with side sash had raised eyebrows for being skimpier than royal protocol usually allows.

Diana had actually bought the dress three years earlier than the event but had put off wearing it as it was too ‘daring’.

She timed the dress’s debut to perfection as her event was on the same night that a TV documentary aired, showing Prince Charles admitting to Jonathan Dimbleby that he was having an affair with Camilla Parker Bowles, who he married several years later.

The necklace she paired with it was also made from a sapphire and diamond brooch the Queen Mother had gifted to Diana for her wedding to Prince Charles.

Elizabeth has replaced Emma Corrin, 25, as Diana in the latest series of The Crown as the storyline moves forward in time.

She is just one of many stars who have been recast for older actors for season five, with Imelda Staunton taking over from Olivia Colman as Queen Elizabeth II.

Other actors joining the cast as older versions of the members of the royal family include Dominic West as Prince Charles and Lesley Manville as Princess Margaret.

The Crown is available on Netflix.