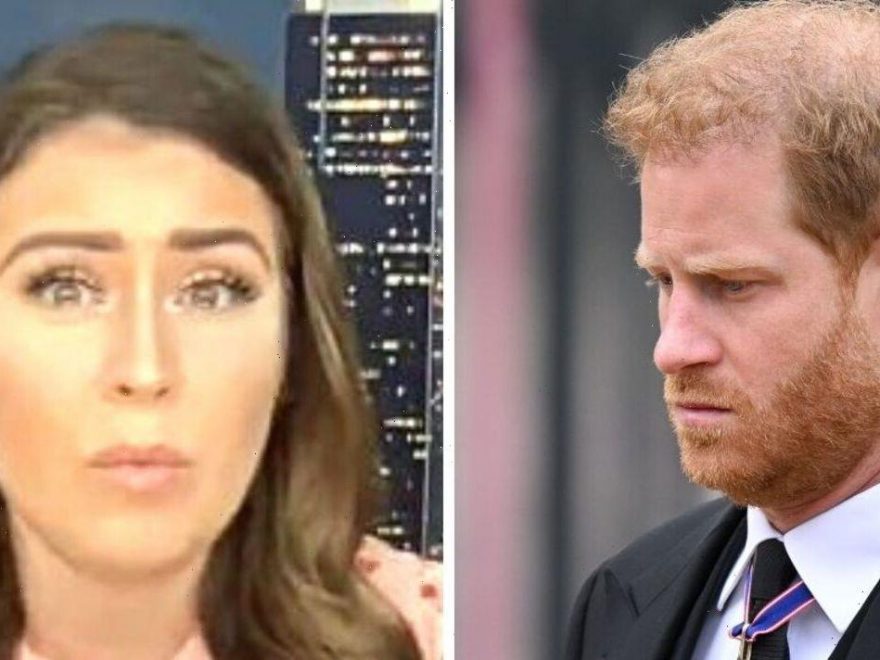 Prince Harry has 'blown it' with remaining royals says expert

Royal expert Kinsey Schofield talked about the name of the memoir as she appeared on Friday’s GB News. Speaking to presenters Stephen Dixon and Anne Diamond during the morning news show, Kinsey argued the publication of Prince Harry’s book will “blow it” with the rest of the Royal Family.

As she ranted about what the publication might entail, she expressed “worry” for the Prince and Princess of Wales, William and Catherine.

Stephen then stated: “But he’s blown hasn’t he now, with the rest of the family?”

“That’s my personal opinion,” the American journalist replied. “If I’m, you know, Catherine, or if I’m William I’m worried about what’s going to be said – I can’t trust him.

“But you know, William’s already seen him and his wife be critical of his wife on television.

“You know, during the Oprah [Winfrey] interview, (Meghan Markle was) talking about how Catherine made Meghan cry, totally irrelevant.

It came as the US royal commentator talked about the “hype” surrounding the upcoming book.

“I do think that we are looking forward to it,” she said. “I mean, have you ever seen such hype for a book?

“Maybe not in a positive way, but people are certainly… there is a morbid curiosity associated with the publication of this book.

She continued: “There’s also a lot of jokes happening about the fact that he’s going to be reading the audiobook.

“So if you did not know whether or not Harry was capable of reading, here comes the test, January 10.”

“Yeah, it’s interesting as well that they delayed the publication, but according to all the reports today, Penguin Random House, the publisher, have said they haven’t toned it down,” Anne pointed out.

“Yes, they wanted to stress that it was just… he needed time to update the book in regards to the Queen’s death, and maybe perhaps he wants to honour her towards the end of it,” Kinsey assumed.

“There are arguments being made that both his mother and his father participated in similar books.

“His mother with Andrew Morton, and you know, his father discussed his relationship with his parents in a book.

“But I’d also say if you’re looking at Prince Harry’s life, he does seem to be mimicking a lot of Diana’s moves with the sit-down interview – the bombshell Oprah interview, this book.

“But you’d hope that he’d keep in mind that Diana had a tragic ending so perhaps he should not follow in those footsteps.”

Breakfast airs daily from 6am on GB News.