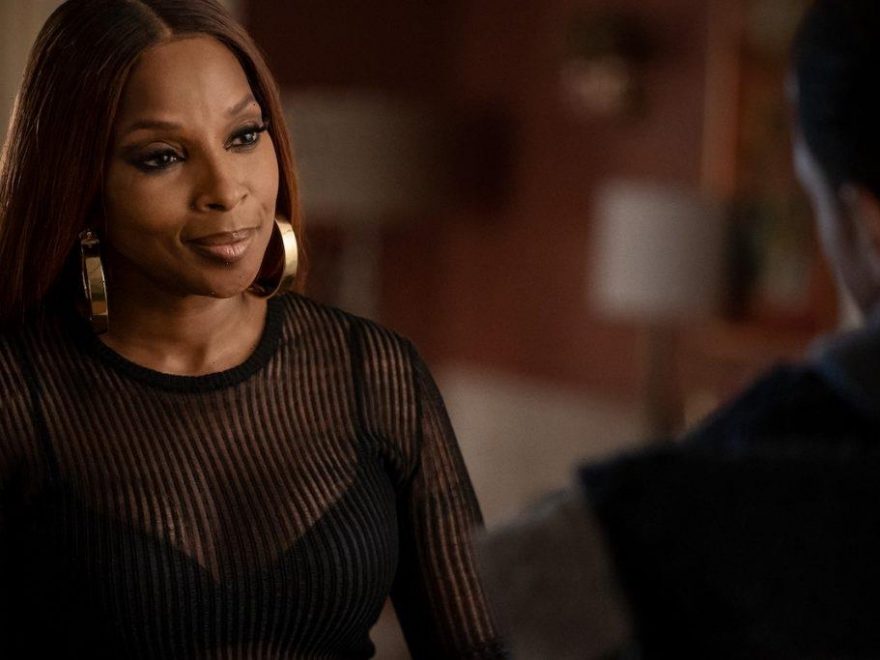 Now, one character is about to change the entire direction of Power Book II: Ghost Season 2 and the Tejadas themselves.

Though Tariq was pulled into the inner circle of the Tejada crime family in the first season of Power Book II: Ghost, there is so much we don’t know about Monet and Lorenzo’s origins. Thus far, we know that Monet is from Brooklyn and that she and Lorenzo have been married for many years. We also know that Lorenzo has been in prison for a decade and he still has 15 years left on his sentence.

During an Instagram Live, Power creator Courtney Kemp promised that we’re going to learn a lot more about who the Tejadas are and where they came from when season 2 debuts. Luckily, Blige is already giving fans some hints about her character’s backstory.

Though Lorenzo sees himself as the head of the family business, the Mudbound actor revealed that Monet has always been the brains behind the organization. “She has to do it alone now and she knows how, because she was the one showing (her husband) how to do it,” Blige told USA Today. “Women are always ahead because we have so much to deal with. We have children … that’s just how we’re built. We’re always strategizing for survival.”

Lorenzo Tejada is about to change the entire direction of ‘Power Book II: Ghost’ Season 2

Though Lorenzo is currently in prison, Colon was just upped to series regular which means that we’re going to be seeing a lot more of his character in season 2. “It’s [Mary J. Blige’s] show and she’s the focal point, but my arc is super-important, and dare I say pivotal to the show,” Colon told Viva. “This is unlike anything I’ve ever done. There’s so much depth to my character, and it’s been unbelievable. It’s good to see the fruits of my labor come to fruition.”

In fact, many fans believe that Monet and Lorenzo are set to go to war when Power Book II: Ghost returns. Starz released a press release about Lorenzo’s arc for season 2 that is extremely revealing.

The patriarch of the Tejada organization, Lorenzo has been calling the shots for the drug organization — even from inside. But as Monet continues to flex her independence — and a desire to protect her kids from the game– Lorenzo’s need to control brings them into conflict. Lorenzo becomes intrigued by some secrets Monet has been keeping from him– and a conflict grows that threatens to split the Tejada family in two.

A new character may come between Monet and Lorenzo on ‘Power Book II: Ghost’ Season 2

In addition to their differences about how their organization is run, it appears that following the death of NYPD Officer Ramirez (Danilo Ramirez), at the hands of Cane, Monet it set to find another love interest and protector in the police force.

Chicago Med star Jeff Hephner has been cast as Kevin Whitman in Ghost. According to TV Line, Kevin is “a by-the-book New York Police Department detective who is on a mission to find the murderer of a GTG crew member. This one mission will lead him on a journey filled with murder, drug dealers, and the one woman who has the ability to turn his white hat black.”

We don’t see both Lorenzo and Monet surviving until the end of season 2.