Edwina Currie was one of three guests invited onto Good Morning Britain to discuss the pros and cons of the possible restrictions Prime Minister Boris Johnson is set to announce later today. As usual, the former Conservative politician clashed with Piers Morgan over their opinions of the Government and its behaviour during the coronavirus pandemic. When Currie injected a light-hearted joke into the conversation, Morgan snapped back.

“I think it’s a very serious moment in the pandemic, and we’ve got to take it very seriously,” Morgan began.

“My problem with that press conference, there was no politician, it was left to the two advisors, they didn’t take any questions.

“They said they weren’t predicting 50,000 cases by October, they were just suggesting this might be a scenario.

“But they didn’t explain how they came to that figure and if I’m one of the more sceptical people out there, I’m looking and saying ‘You predicted half a million deaths back in the first wave of this, we’re just getting back on our feet, we’ve got two publicans here, really struggling and really worried about what’s going to happen!'” the presenter continued. 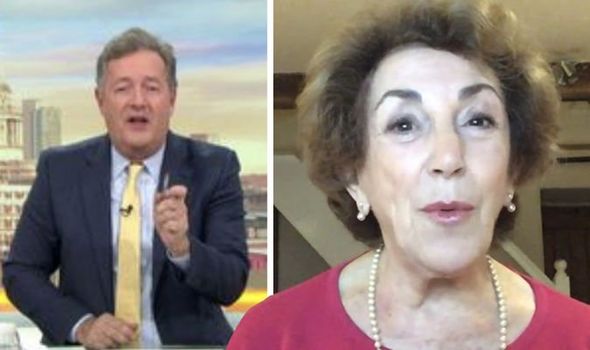 “And there’s no apparent logic-” But he was interrupted by Currie who said: “Can I get in there?

“Give me time, because we have a limited…” Currie argued.

“I will do, just let me finish the question!” Morgan shouted. 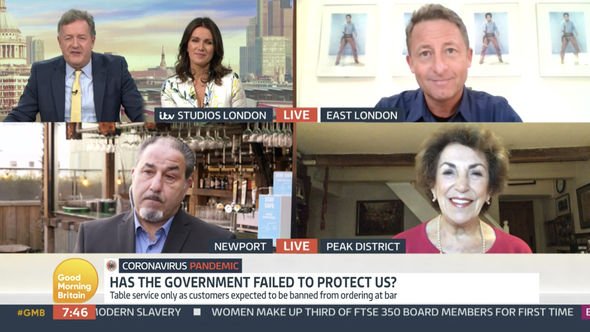 “Piers, we have a limited amount of time, give me the opportunity to answer the points you have raised!” Currie begged.

“You know what Edwina, we have as long as Susanna and I decide you have. We can have two hours, so don’t worry about it!” Morgan joked.

“If you’re interesting enough-” He added and his co-star said: “I don’t mean to say it, but we are wasting time right now!”

“If you’re interesting enough you get two hours so don’t worry about it,” Morgan reiterated. 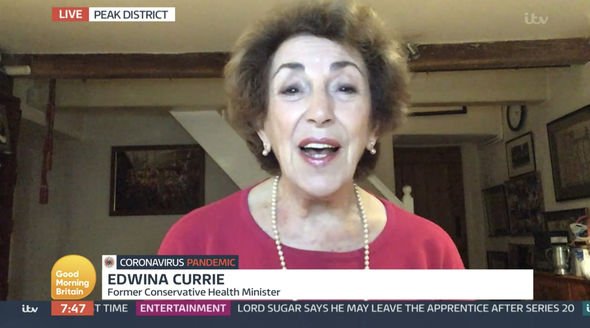 “My question for you is this; they arrived at that 50,000 figure yesterday in that press conference we all watched-”

Currie then raised her arm to the camera and tapped her wrist watch, adding: “Come on!”

“Seriously, I don’t know why you always pride yourself on being irritating when you come on, there’s no point. Just wait for the question!”

Realising the stage was his, Morgan continued: “The question is, where did they get that from given that the country they cited, are not on that trajectory.”

“How rude of Piers Morgan to tell Edwina Curry to stop being annoying! Now he knows how we feel about him #GMB,” someone on Twitter said.

Another wrote: “No wonder @Edwina_Currie seemed frustrated on #GMB. @piersmorgan wasn’t asking a question, more indulging in a soliloquy. Give the guests time to answer & stop interrupting so much. Even Dr Hilary can barely get 4 words out.”

Good Morning Britain airs weekday mornings at 6am on ITV.