“The more people see her, the less they like her.”

Co-host Susanna Reid also piped in as she cited popularity polls showing Ms Swinson’s popular support has collapsed since the start of the electoral campaign.

The Lib Dems president attempted to salvage the situation pointing out Ms Swinson still fared “better than Jeremy Corbyn” among the people, which forced Piers Morgan to speak up again: “Actually, she is more unpopular than Jeremy Corbyn.” 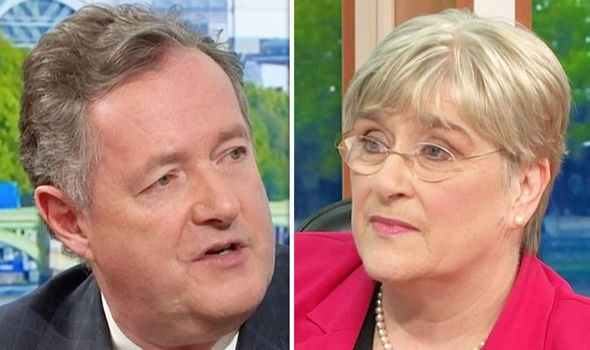 A poll from Ipsos Mori published on Wednesday found Ms Swinson ended the electoral campaign with a net favourability of minus 31 compared to Mr Corbyn’s minus 30.

Ms Brinton however insisted the Lib Dems leader secured big support in pro-Remain areas: “Where we are strong in seats, we know Jo’s ratings are also significantly higher.

“At the moment, where it’s very early days for her, she’s playing straightforward, transparent leadership and has been able to come forward.”