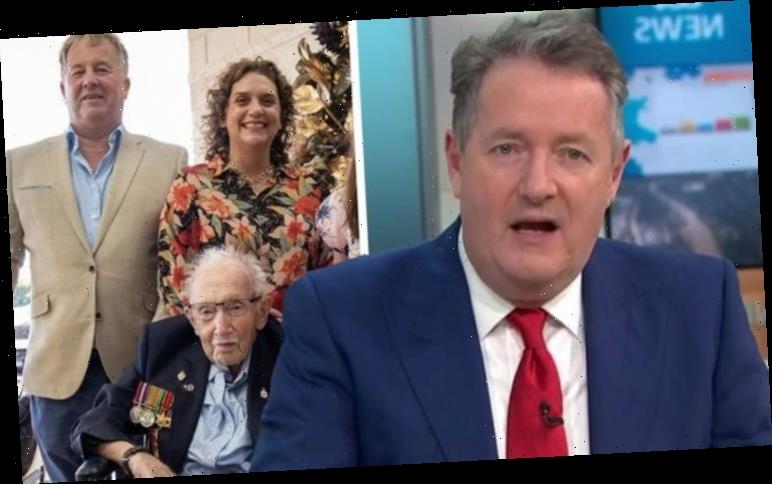 Piers Morgan wasted no time in criticising the trolls who targeted Sir Captain Tom Moore’s family before and after his death for going on a trip to Barbados in December. The Good Morning Britain presenter – who was leading a special tribute programme with Susanna Reid to honour the World War II veteran – branded the internet users “despicable” for inflicting hatred on the Moore family in “their darkest moment”.

“Let’s talk about the trolls who have been mocking and abusing Captain Tom and his family before and after he died – it’s still going on – for that trip that they took,” Piers began.

“You know Hannah [Tom’s daughter] told me about how it hurt them. It hurt them at a time when – at their darkest moment with their dad, their granddad. You just added a little bit more despair and misery and hurt onto what they were suffering as a family.

“I hope you can live with yourselves, I really do. Because it was despicable, and the very worst of this country some of the stuff I read on Twitter and social media in the last few days,” the presenter continued.

“They never think about the misery they inflict on their targets.

“I can tell you you inflicted it on the Moore family in their darkest moment, you really did make it worse, and I think it’s despicable. Let’s not them get away with this kind of behaviour and let’s be better as a country. 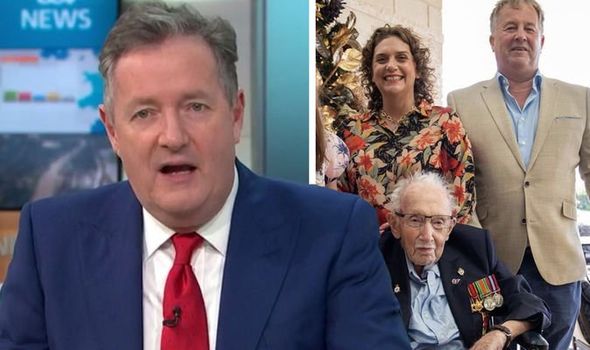 “The rest of this programme we won’t mention these idiots, but we should recognise the impact these words these can have on families when they are losing a loved one as great as Captain Tom,” he said.

Later on, in the show, Piers added: “The Prime Minister rightly came out and condemned it.

“We have to do something about this. That people think it’s ok to abuse the likes of Captain Tom and his family after they raised £39million for this country, for the NHS.

Well, I can tell you, you inflicted it on the Moore family in their darkest moment. You really did make it worse, and I think that is despicable.”

Sir Captain Tom and his family fulfilled a life-long dream shortly before Christmas when they went to Barbados – which was on his bucket list.

The trip was arranged courtesy of British Airways and Visit Barbados by way of thanking Tom for his remarkable achievement.

The Moore family flew out to the Caribbean Island on 11 December before strict coronavirus travel rules came into force in the UK.

At the time, he took to his social media accounts to thank those who arranged the once-in-a-lifetime trip.

“I never thought that, at the age of 100, I would get to travel again. I’m so grateful to everyone who has made this possible,” Captain Tom wrote.

“The support I have been shown in 2020 has given me renewed energy and today I get to tick something off my bucket list.

“With sincere thanks to @visitBarbados &@British_airways #CaptainTomsBucketList #BAHero #VisitBarbados #Gifted.”