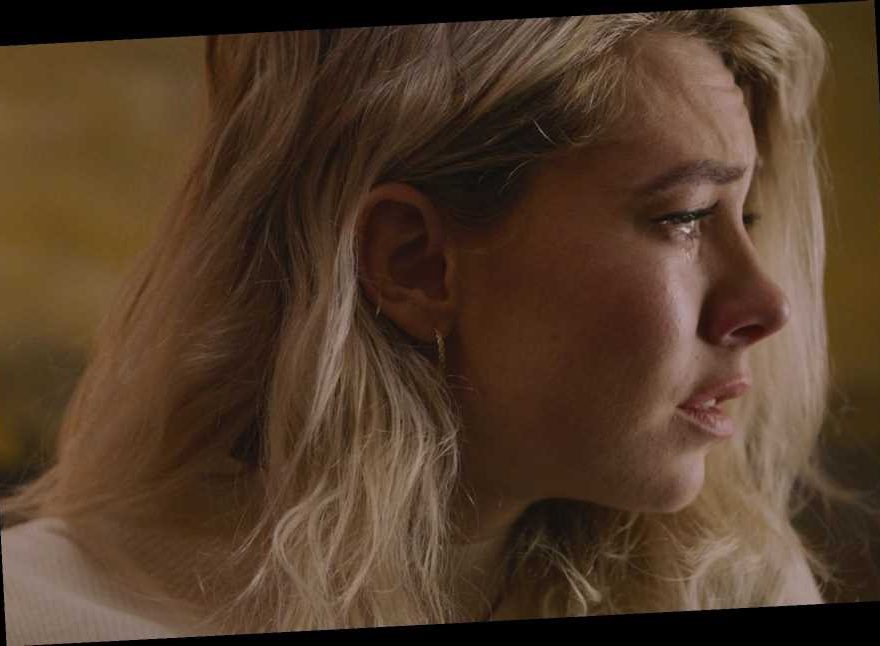 Ignore the cringeworthy title, which brings to mind several lives’ worth of Lifetime movies — Pieces of a Woman, a portrait of personal disintegration and the from-the-ashes process of piecing things back together, gives you three distinct reasons to pay attention to this late-breaking entry in the seasonal Pretty People in Pain sweepstakes. (It hit theaters on December 30th for a qualifying run; it starts streaming on Netflix on January 7th.) The first is The Shot, a set piece that kickstarts the drama in motion. We’ve already briefly met Martha (Vanessa Kirby), an expectant mother days away from her due date. And we’ve been introduced to her partner Sean (Shia LaBeouf), a construction worker who’s building a bridge in Boston. She is warm, witty, nurturing; he is rough-hewn, earthy and, per his own description, boorish (“now there’s a Scrabble word,” he adds). Martha’s middle-class family, especially her brittle and controlling mother (Ellen Burstyn), doesn’t much care for this blue-collar dude, but the couple love each other. They’re ready to eagerly embrace parenthood.

So when Martha’s water breaks, Sean distracts her with dumb jokes — already with the dad humor! — and places a call to their midwife. The woman they’ve prepped with, who the two have trusted to guide them through a home birth, is unavailable. A substitute named Eva (Molly Parker) will be assisting them in her stead. She shows up, helps with what turns out to be a somewhat fraught delivery … and then things suddenly, inexplicably take a turn for the worse.

Grateful Dead Albums: The Best of the Rest

The fact that the Hungarian filmmaker Kornél Mundruczó presents this entire sequence of events in what’s designed to resemble a continuous 24-minute shot sounds, on paper, like just another virtuoso move designed to induce a “how’d they do that?” shock and awe more characteristic of magic shows. Yet the director, making his English-language debut, isn’t indulging in hollow, look-ma-no-cuts showing off for its own sake; by letting viewers experience these wrong turns in real time, he’s both establishing your bond with these characters and letting his actors dictate the scene’s free fall from joy to tragedy. Cowritten by his longtime collaborator Kata Wéber, Pieces draws from her play of the same name (along with a very personal experience), and you can see the theatrical origins in this extended set-up. But that aspect works in the movie’s favor here. It’s not the fluid, snaking and craning camera that draws you in but Kirby’s animalistic grunts and cries, LaBeouf’s manic running around and tender encouragement, Parker’s authoritative earth-mother commandeering that slowly turn hesitant as the situation spirals out of everyone’s control. The “single” take is not the showcase itself so much as the stage for it.

Mundruczó’s breakthrough film, the 2014 Cannes prizewinner/canine-payback parable White God, proved he could meld feeling onto feats of incredible technical prowess — just try to direct an actual pack of 30 dogs to behave like an organized, vengeful army. Displaying your chops while also giving your performers room to do their best work, especially in a story that threatens to tiptoe into maudlin territory at any moment, is far more impressive then how much you can whip a Panaflex around. Not to mention that he’s marshaling a truly odd and unique cast: Name another drama that features LaBeouf, Burstyn, one of the Safdie brothers, Succession‘s Sarah Snook and stand-up comic Iliza Schlesinger in the same scene, much less the same movie. It’s a delicate balance, and this is where the second and third stand-out aspects enter the picture.

Everyone deals with the tragedy in their own way, from chilly disassociation to bad-habit relapses to furtive stabs at fucking the grief away. (To say that a sequence involving LaBeouf aggressively pursuing sex with Kirby before angrily storming away plays … incredibly uncomfortably in light of recent news is to put it mildly. There’s a fury in his work here that makes you feels like a voyeur, and not in a good way.) Martha’s mother chooses to pursue her catharsis by holding Eva accountable via legal means. Cue: The Monologue.

The matriarch has gathered the family together for dinner, in the hopes of, among other things, convincing Martha to go forward with a lawsuit. There is resistance. So Mom recounts the story of how sheer luck saved her as a baby, at which point Burstyn hand-delivers an elderly woman reopening a decades-old wound. There is so much kindness and sorrow, survivalist grit and a pleading sense of grace in the reading; Burstyn herself has said that she improvised part of the speech as the cameras were rolling. No one needs convincing that she’s a national treasure, yet to observe the veteran Oscar-winner elevating what could’ve been a clichéd exercise in pushing emotional pressure points is to observe the power of acting. It’s a showstopping turn in miniature, from someone with a career already bursting with them.

Pieces of a Woman largely belongs to the woman on the verge of a nervous breakdown at its center, however, and it’s Vanessa Kirby who gifts the film with The Performance. London theatergoers were lucky enough to catch the 32-year-old on stage, doing Shakespeare and Chekhov; the rest of us have been content to watch her flex as a clutch supporting player (The Crown) and action-movie femme fatale/hero (Mission: Impossible — Fallout, Hobbs & Shaw). But her profoundly traumatized Martha is something unique, a fully formed and in-focus picture of someone falling apart. She is a walking, talking, dead-eyed raw nerve, and after being partially responsible for the most realistic screen labors in recent memory, Kirby plays the bulk of her scenes in the key of shellshocked. It’s less a performance of repression than recession, as Martha keeps drawing back into herself or numbly shuffling through her interactions and routines. When she does occasionally lash out, it’s like the flailing gestures of a drowning person.

This is an extraordinary example of how to craft an empathetic take on psychic agony bit by bit, piece by piece, and without pandering for easy points. And it’s the sort of achievement that doubles as a coronation of Kirby as a first-rate actor, that next-gen star willing to crack herself open for a role. She’s a much-needed anchor here as well, notably when Weber’s script and Mundruczó’s conceptual choices veer off into shaky territory. There’s surely a way to express the ginger process of healing other than the heavy-handed visual metaphor of a bridge that, as we see the dates go by, slowly comes together as a solid structure; should you think you’re imagining some of those Biblical signifiers that pop up, an ambiguous Garden-of-Eden coda lets you know you’re not losing your mind. Not even Kirby can keep a late-act courtroom address from collapsing under its own weight.

But riding shotgun with her maternal phoenix makes up for a lot, and out of the trio of reasons to seek this work out, it’s the experience of shuffling miles in Martha’s blood-flecked boots that compels you to stay with it. So many movies deal with grief, anguish and personal reformation as little more than a chance for performative grandstanding. Pieces of a Woman has some of those moments, too. What’s fueling it, however, is a very real sense of what’s happens underneath all of the things we associate with melodrama — the tiny implosions beneath the surfaces. You merely see the impact instead of the demolition itself, but you see the damage done nonetheless. And when it’s all over, you see the hard work of someone succeeding in, hopefully, becoming whole again. 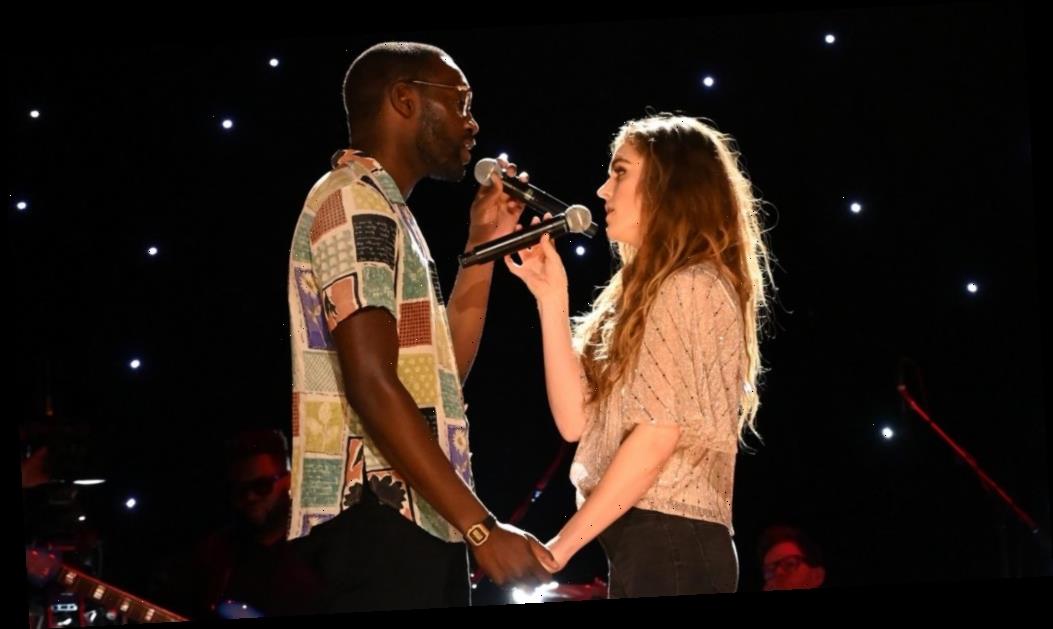