Fox is going back to the drawing board. Jerry O’Connell is set to host Pictionary, a new game show based on the popular Mattel game that will get a four-week tryout on select Fox stations next month.

The broadcast version of Pictionary will follow the rules of at-home play of the game launched in 1985. Two teams of three will consist of two players led by a celebrity captain. One player from the team will draw images that depict a word or phrase found on a card chosen at random, in an effort to have their fellow teammates guess the correct word or phrase on the card. The grand prize winner will receive a trip to an exotic destination.

Distributed by CBS Media Ventures, the half-hour show will air weekdays starting July 12 on Fox outlets including KTTV Los Angeles and WNYW New York. It’s a rollout strategy Fox has used many times before, recently with Ice-T’s The Mediator and GSN’s Common Knowledge and dating back to The Wendy Williams Show in 2008. 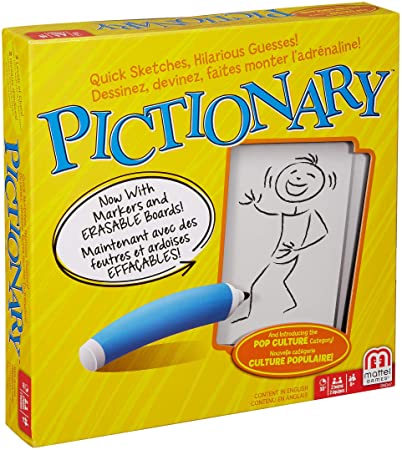 “Ever since my failed drawing of a koala bear, lost my mom and me our household Pictionary crown, I’ve wanted to prove myself on the Pictionary stage,” O’Connell said. “I’m so happy to be working with this team from Fox and CBS. Sharpen your pencils, it’s going to be a fun summer.”

Veteran actor O’Connell has a regular voice role on Star Trek: Below Decks and stars in WGN America’s Canadian comedy Carter. The Stand by Me and Jerry Maguire actor also hosted Jerry O, a daytime talk show that aired on the Fox Television Stations in 2019. He is repped by ICM Partners, 3 Arts and Ziffren Brittenham.

“We’re sure a lot of families got much better at Pictionary over the last 15 months, so we think the timing is perfect for a fun, innovative TV version, and to have Jerry O’Connell as host is a real bonus,” said Frank Cicha, EVP Programming at Fox Television Stations. “We’ve loved working with him in the past, and are fortunate he chose to do this with us.”

Pictionary has been made for TV twice before, with a kid-centric 1989 syndicated series and a 1997 syndie version with adults hosted by Alan Thicke.