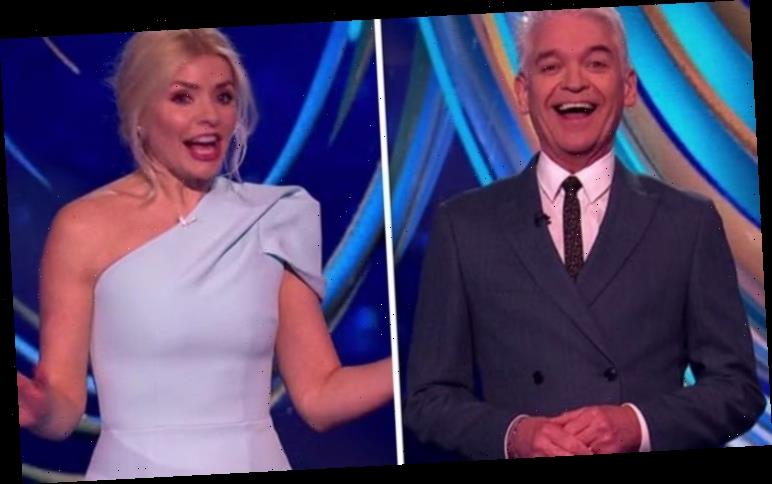 Dancing on Ice: Holly and Phil joke about ‘getting on the ice’

At the start of tonight’s show, two more couples had to leave Dancing on Ice for good. Billie Shepherd suffered an injury during rehearsals this week and since she was given a bye last week, her and partner Mark Hanretty had to depart from the competition. Rufus Hound also had to leave as he is still in isolation and also already missed last week’s show.

As they reported the news of the two couples leaving, Phillip and Holly started to joke that it might be their turn soon to step on the ice.

The This Morning duo also kidded that they were barely keeping the show in tact, stating they were hanging on by their “fingernails”.

“We are still here, holding on by our fingernails,” said Phil.

“Listen, we are going to get on the ice soon if they keep dropping like this,” replied Holly.

“I’ve got my skates!” said Phillip ready to go, but Holly replied: “You are on your own.” 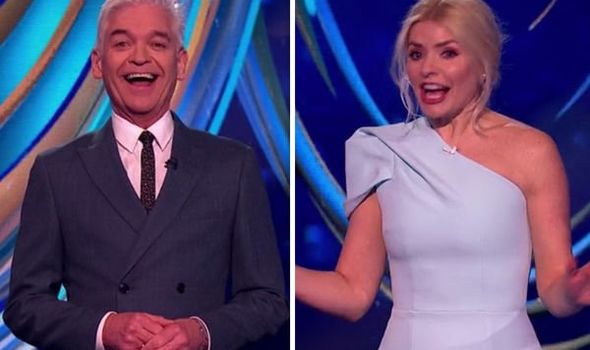 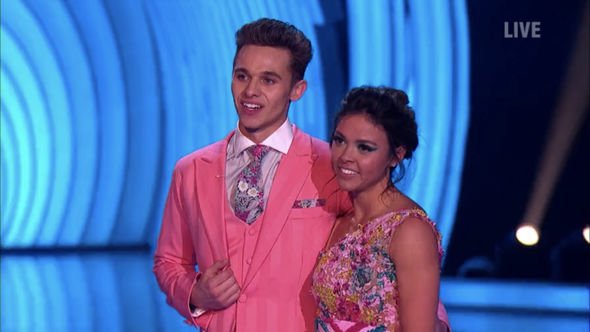 Denise van Outen and Matt Evers withdrew from the competition ahead of week three due to Denise’s shoulder injury, with which she skated in week one.

They were replaced by former Olympic gymnast Amy Tinkler and her partner Joe Johnson.

No new couple has yet replaced Billie and Mark as they announced they would leave only one day before the live show.

Billie suffered a concussion during training, which was shown during tonight’s programme as Mark came on to report on her condition. 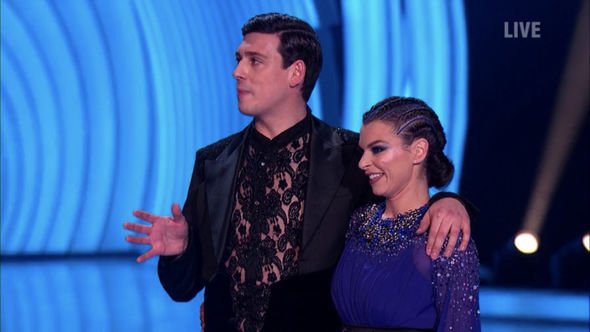 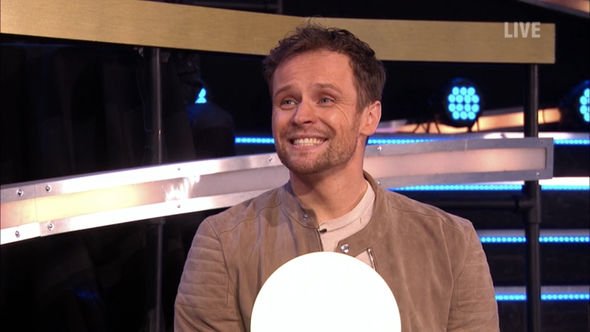 “We were working really hard, obviously Billie had a lot to catch up on once she missed a week,” said Mark.

“And then on Friday night, we had a positive week of training, really happy week, we said, let’s just do one more run-through, and of course that was the run-through when she hit her head.”

“She is as well as can be expected,” the pro-skater told the audience wishing her all the best for her recovery.

They received the lowest score of the night by the judges and the first-timer’s performance also failed to impress audiences which voted him to take part in the skate-off.

After their second performance, the judges unanimously voted for Colin Jackson and Klabera Komini to stay on the show.

Joe-Warren Plant and Vanessa Bauer were the first to hit the ice tonight and the first to receive a 32.5 from the judges for their quickstep performance to the Ballroom Blitz for dance week.

Lady Leshurr and Brendyn Hatfield received the same score with their swing routine to Candyman, alongside with the first “Fabulous” of the series by judge John Barrowman.

Faye Brookes and Hamish Gaman closed off the show also getting to the top of the leaderboard with a ballet performance to Swan Lake.

Dancing on Ice returns Sunday at 6pm on ITV.