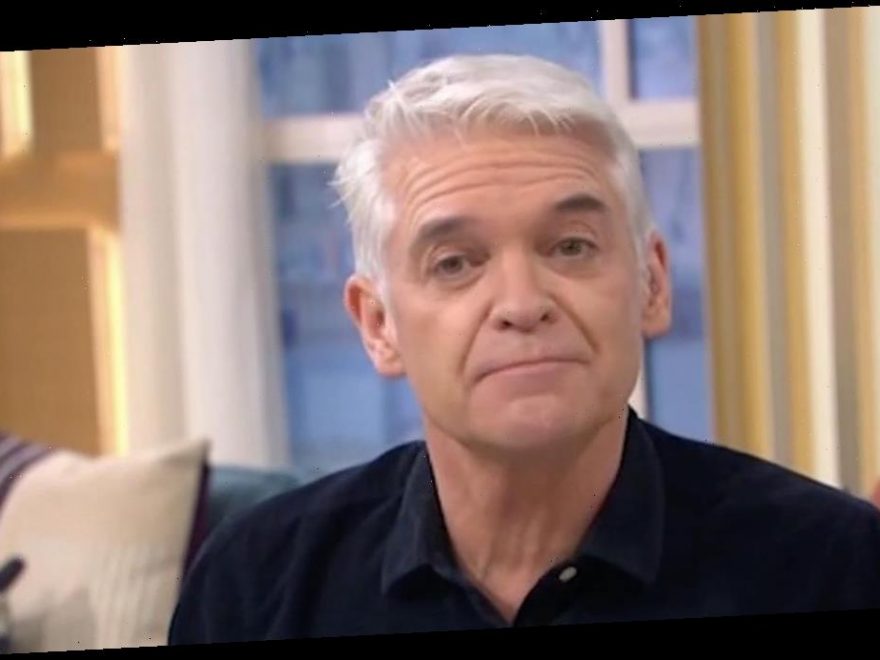 This Morning erupted into chaos today as the ITV daytime show faced a series of audio issues.

Presenters Holly Willoughby and Phillip Schofield returned after an advert break sitting at a table as they began apologising to the audience.

Phillip kicked it off by saying the show's team behind the scenes had seen viewers tweets complaining about the audio and were working on fixing it.

He said: "Some viewers have reported audio issues and we are working on it."

Pointing to him and Holly, he joked: "Well, we're not working on it but everyone else is," as they began laughing.

The star told how his and his co-stars microphones were tested during the advert break and appear to be working perfectly so it is another issue.

Phillip even looked under the table as he joked that neither of them had lost their microphone as he patted his bottom and said his was there.

Viewers have been flocking to Twitter throughout today's show to complain about the tech issues.

One tweeted: "Keep rolling the ads until sound issues are resolved @ITV #ThisMorning."

A second wrote: "I think you need to go Off Air and sort your Sound Issue, it’s giving me a banging head now! I’ve had to turn over tbh !! Bye for now #ThisMorning."

"They had better sort out the sound for the virtual call with the dog. Their most important guest #ThisMorning," said another.

"I think that the sound guy on #ThisMorning is having a day off," said one.

"Omg the sound seriously this is awful #Thismorning," one more commented.

It comes after This Morning fans were left gasping during yesterdays show after Tik Tok star Jasmine Chiswell, who lives in Marilyn Monroe's old home, said her home was haunted by the star.

Things quickly turned slightly creep as Jasmine told of how many people who have visited her home believe it is haunted by the actress.

She told viewers how they hear footsteps every single day and sometimes it feels like you're being hugged.

According to fans something even creepier was going on behind Jasmine.

One viewer tweeted: "Did that cupboard door open whilst she was talking #ThisMorning."

Another fan responded: "Omg I saw that!!"