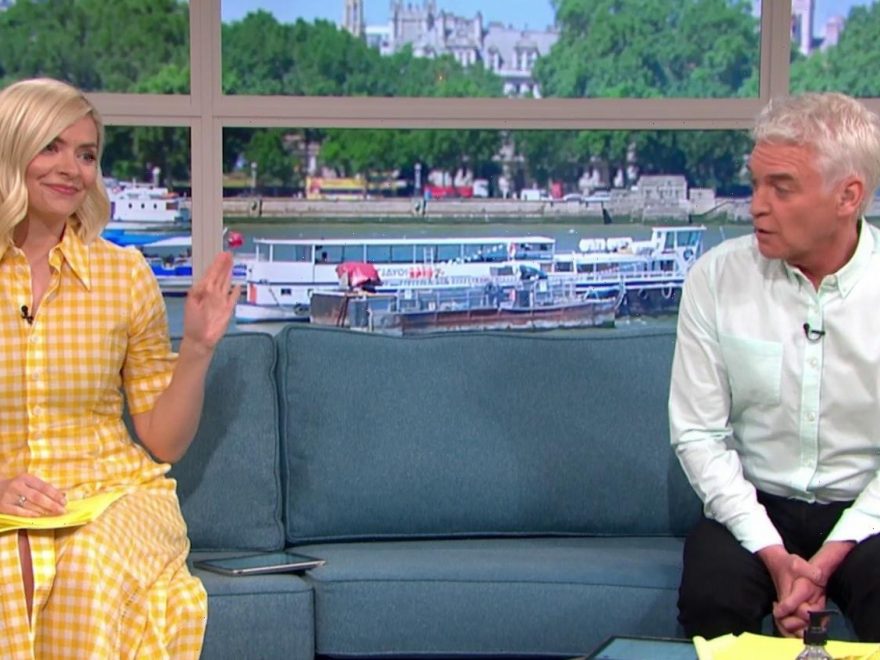 THIS Morning's Phillip Schofield was forced to swap seats live on the show today – after accidentally breaking social distancing rules.

The 59-year-old star shuffled over after realising he was closer than two metres from co-host Holly Willoughby. 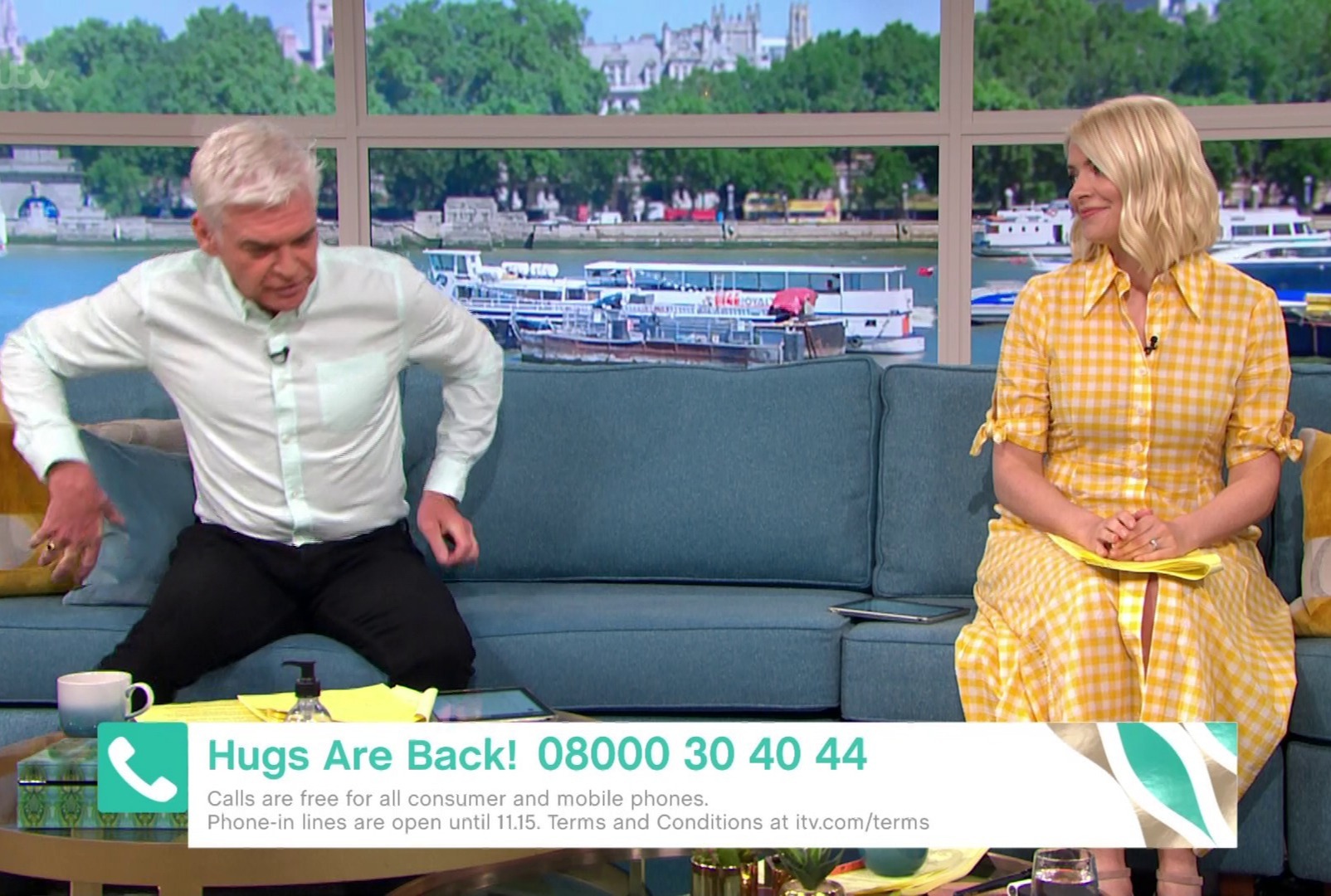 He turned to her while discussing the fact that hugging could be permitted again, before figuring out the mistake.

Phillip said: "We're closer than we're supposed to be, hold on a second."

Gesturing for him to get back to the other end of the extra-long sofa, the 40-year-old replied: "Back off down that end. I'm where I should be." 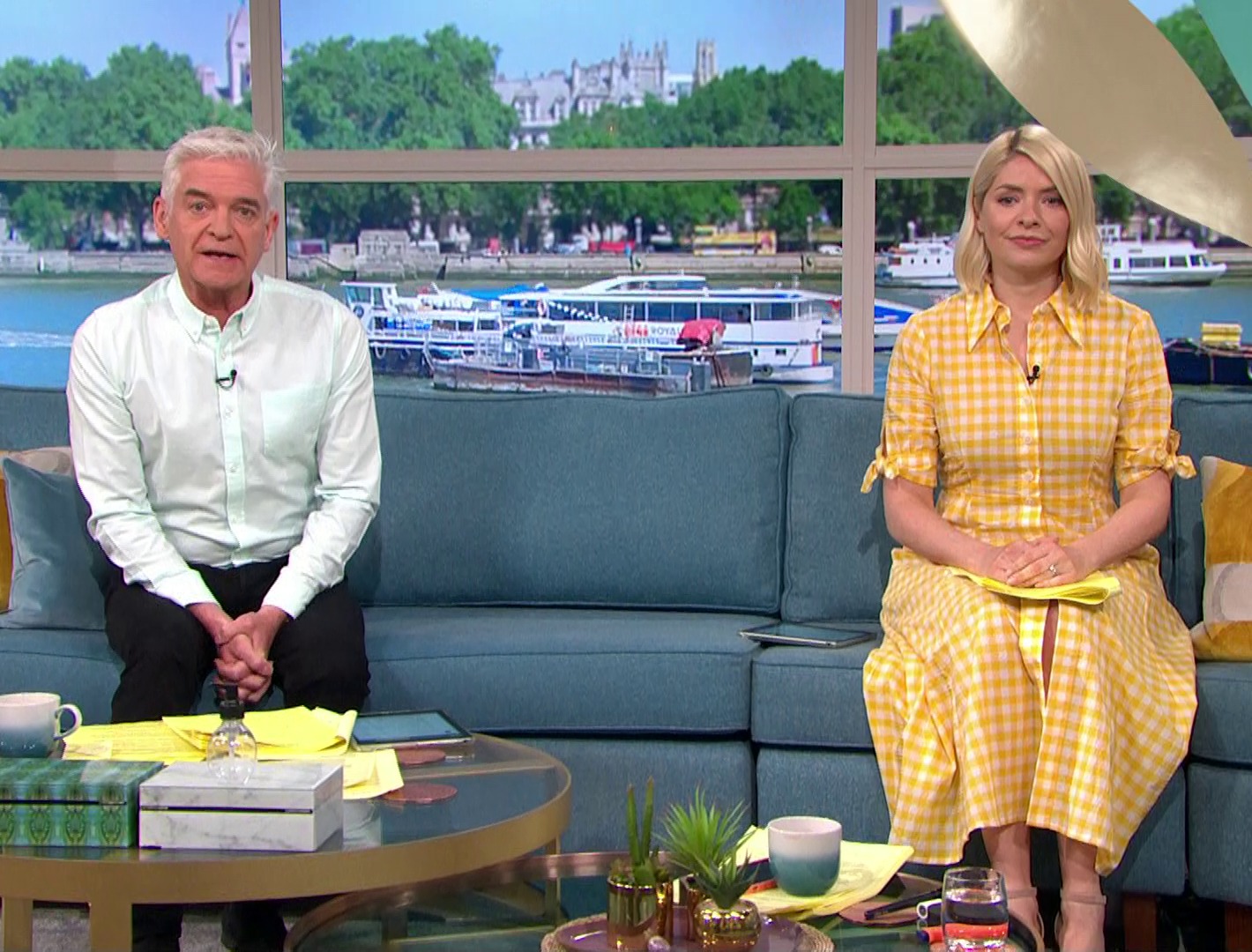 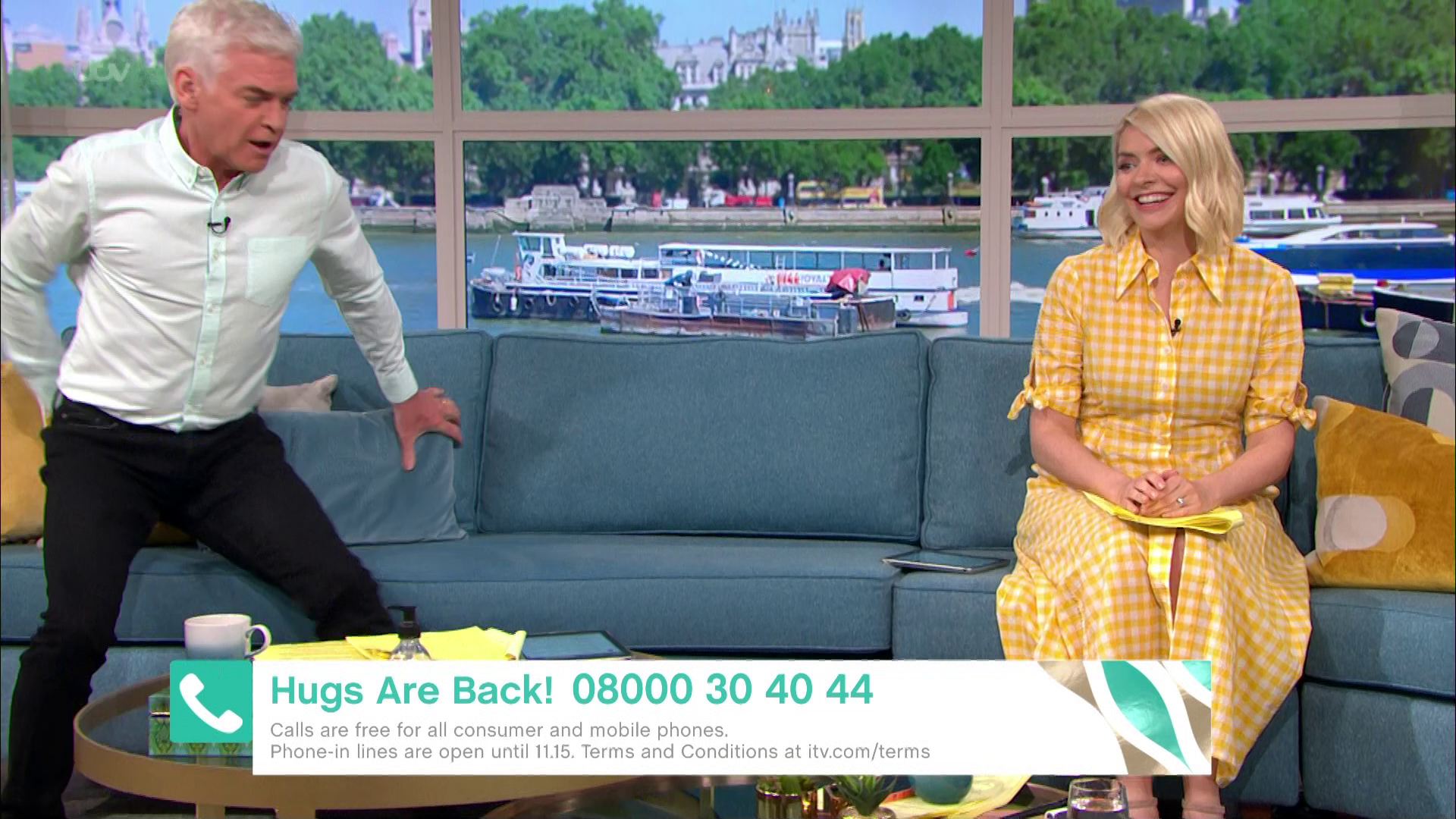 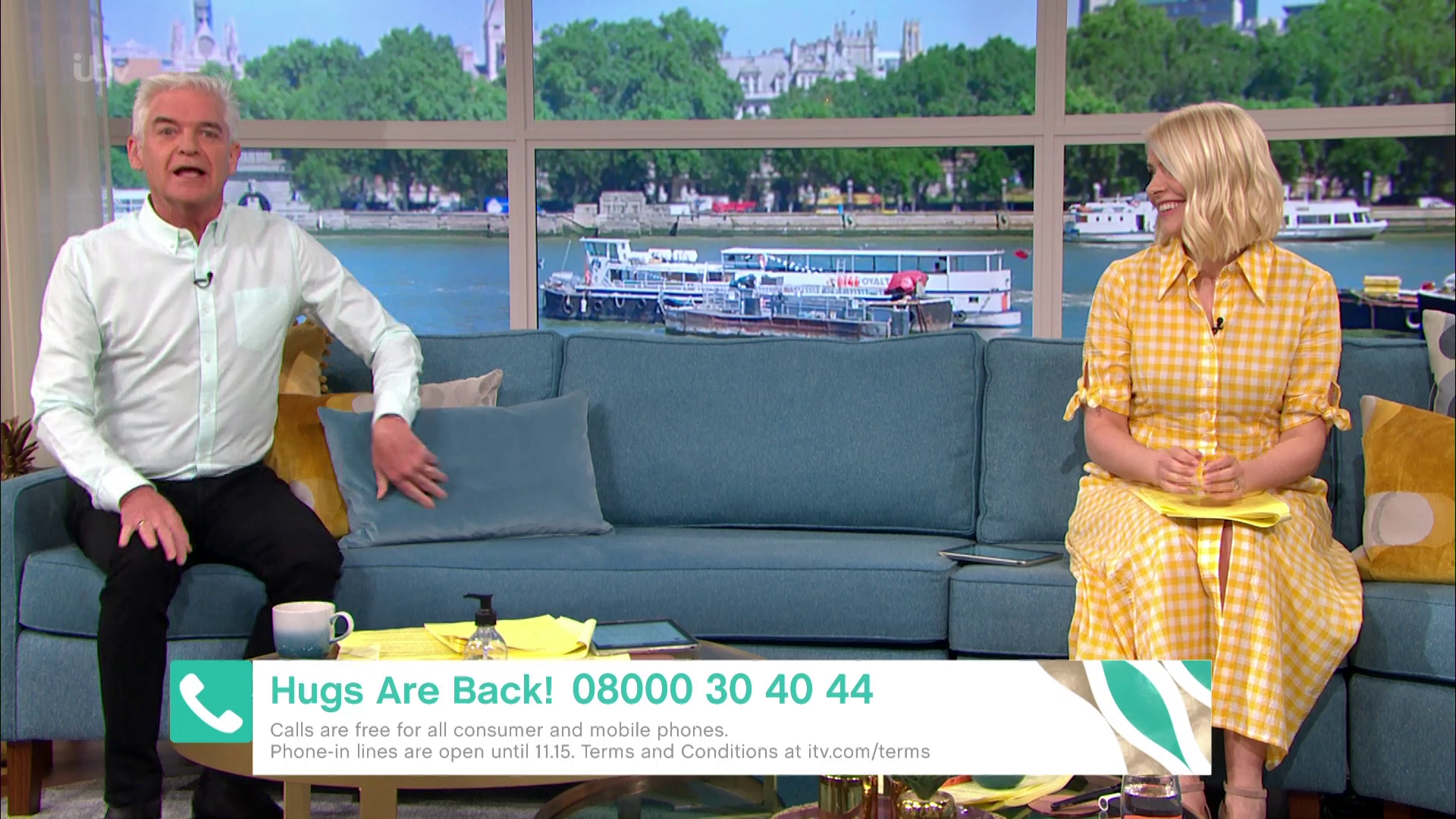 She told him: "Not long now" in reference to the continuing loosening of coronavirus restrictions.

Holly and her old friend have been broadcasting under coronavirus safety restrictions for longer than almost anyone.

While many shows dropped off air or were broadcast entirely from home, the pair have been coming into the studio for well over a year now.

However, the success of the UK's vaccination programme has allowed the country to unlock at pace meaning hugging and touching will eventually return to live TV. 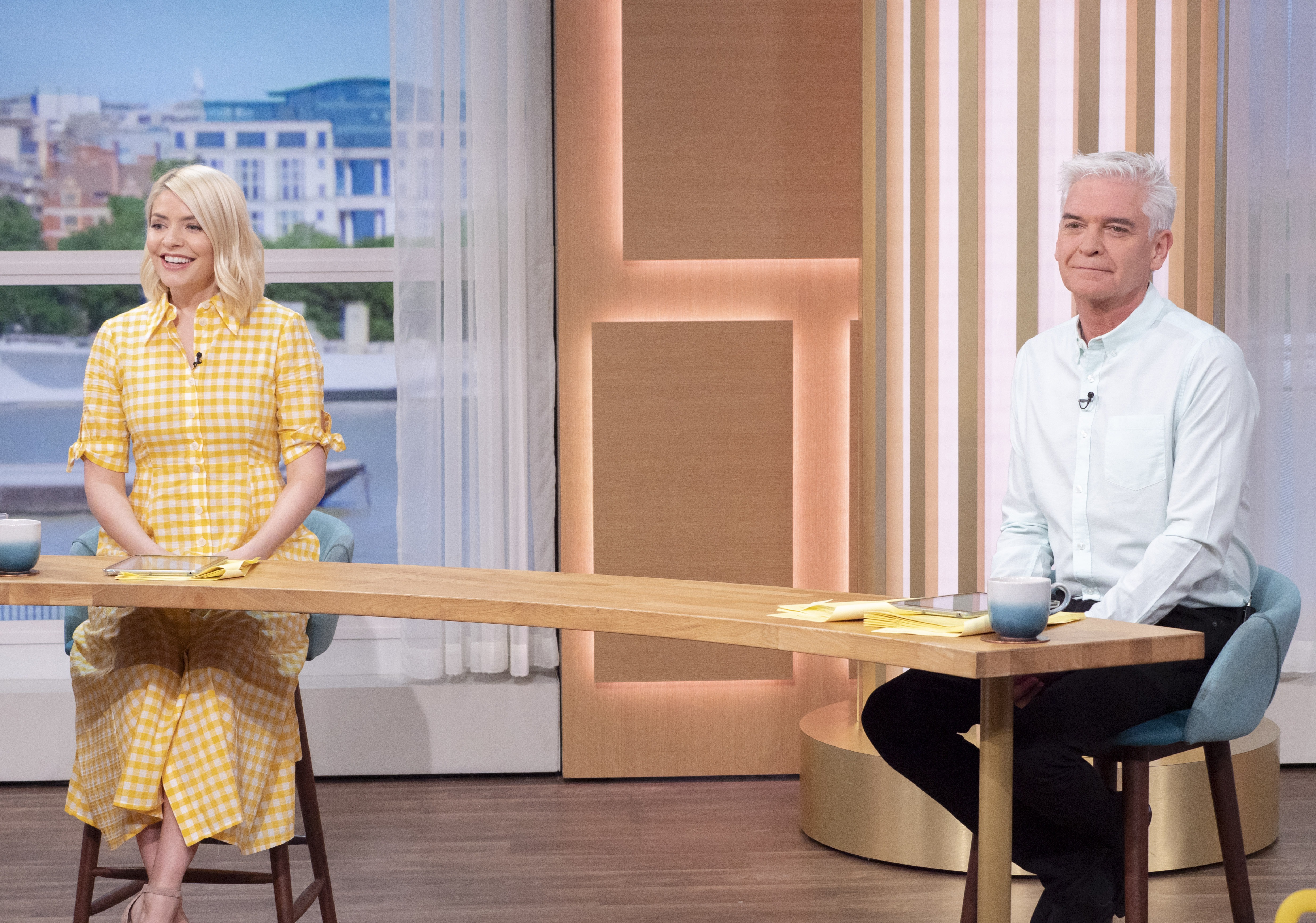 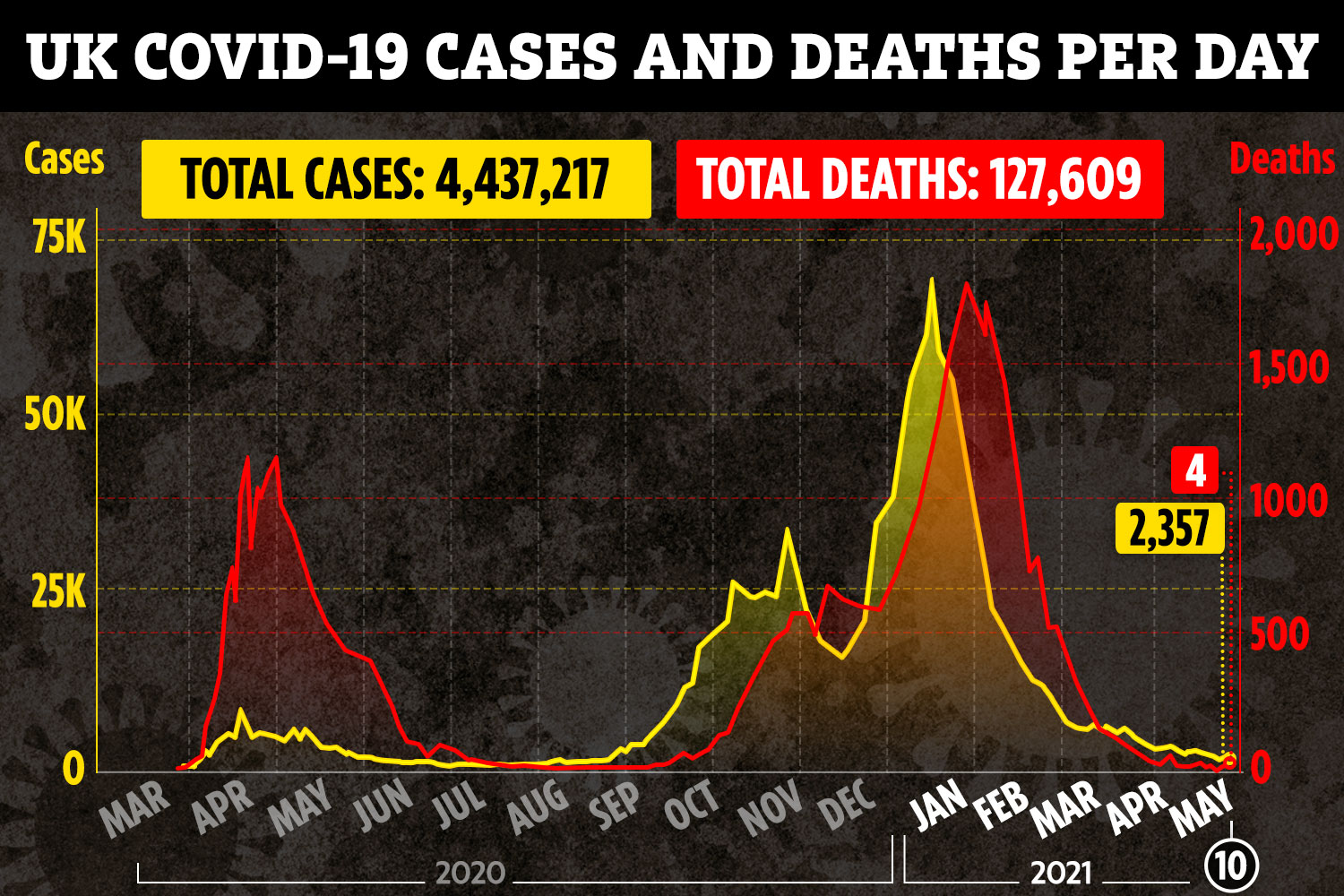 The PM ripped up tough rules on hugging and kissing for close friends and family – but told the nation its now up to them to decide whether they want to take the risk.

It came as England recorded zero Covid deaths for the first time since July – and just four across the whole of the UK in the last 24 hours.