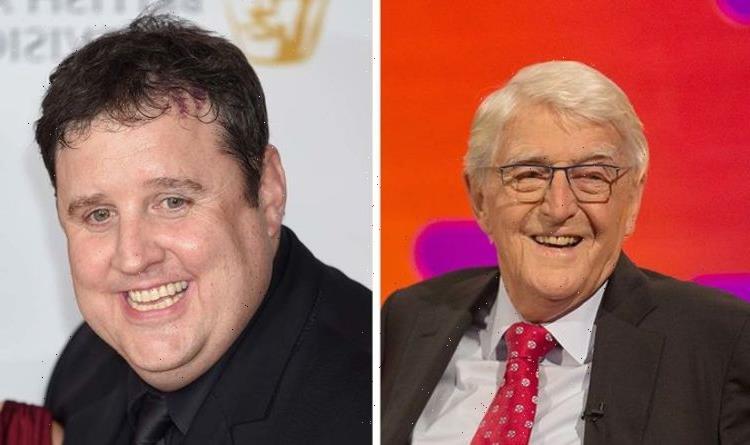 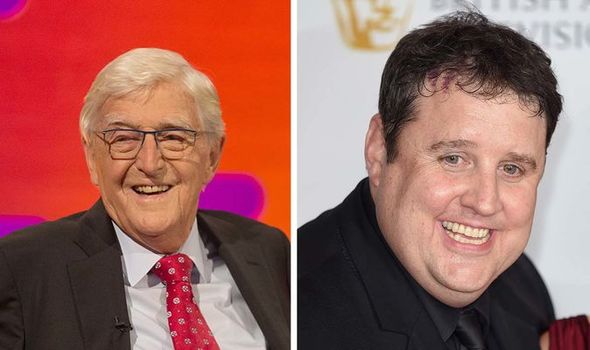 Peter Kay began his career in comedy in the 1990s. Before he got his big break, the Bolton-born entertainer was Sir Michael’s warm-up act.

Michael, 86, spoke fondly of his former warm-up man, he said: “Peter is wonderful. He is just a gifted young comic. I don’t know why he disappeared but he is sadly missed. He is a great stand-up and a very good writer.

“He is a good actor as well. Peter was a joy to work with.”

Kay has written, produced, and acted in several television and film projects.

In April last year, he was briefly seen on BBC’s charity Big Night In.

However, he has not been seen working on screen since 2018.

In a charity Q&A in August, Peter teased that he could bring back fan-favourite Car Share.

He produced and starred in the award-winning comedy series alongside Sian Gibson.

The 48-year-old said: “Of all the things I’ve ever done, that’s my favourite of all. I love being with Sian and we had a good laugh.”

Earlier this week, Kay was seen in a rare public appearance.

After a four-year break from the spotlight, he was photographed with broadcasters Danny Baker and Bob Harris.

The snap was taken on the first night of their Backstage Pass tour at The Lowry Theatre in Salford.

The trio had smiles on their faces as posed for the photo, both Bob and Danny looked delighted to see their friend.

Peter played Danny’s dad Spud in the BBC sitcom Cradle to the Grave in 2015 and the pair are long-term friends.

In December 2017, he shocked fans when he cancelled his 14-month tour at short notice in unforeseen circumstances.

The star made a brief return to the stage for two sold out charity events in August this year. The events were to raise money for Laura Nuttall, 20, who has brain cancer. Kay worked with Laura’s parents at Granada Television 20 years ago.

Upon his return, Peter joked: “I’ve never in my life had a standing ovation when I came on,” before joking: “I’m going to go away for four more years”.

Sir Michael spoke of his pal as part of a new UKTOUR show where he appears on stage with his son Mike.

He added: “Television has changed and it changed in the 60 years I was there.

“And I had the best of it. I was lucky as I had a very good period.

“I loved interviewing old people because they have treasure troves of memories locked away.