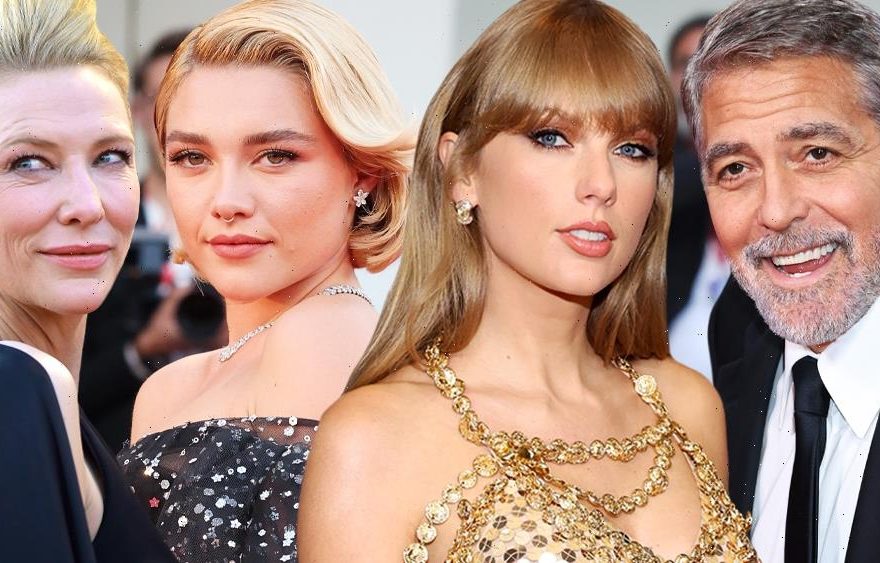 While the Emmys drew mixed reviews, the film festivals closed to strong applause this week, not only for their movies (we’d forgotten some) but for their star turnout (forgot a few of them, too).

Cate Blanchett, George Clooney, Taylor Swift and Julianne Moore were out there giving interviews and courting critics as in years gone by. Some had become strangers due to a mix of Covid-caused delays and their own rigid rules of self-protection.

Movie stars once made three or four films a year and were constantly before us, pitching their wares. I once congratulated Tom Hanks three times in a week and the Damon-Affleck team seemed equally ubiquitous. Now even Jennifer Lawrence wants the spotlight again and Harrison Ford has also abandoned invisibility.

Of course, the presence of stars at premieres also guarantees some flying shrapnel on social media. At the Venice premiere of Don’t Worry Darling, did Florence Pugh, the co-star, ever exchange even a darting glance at her director Olivia Wilde? Did Wilde’s partner, Harry Styles, drop a dead goat in the lap of co-star Chris Pine?

As a result of these antics, the ritual known as the Celebrity Interview is making a comeback, putting stress on talent and journalists who’d lost the knack. After his lengthy layoff, Clooney admitted that he had a “nervous feeling” about his return, adding “If you think you know what you’re doing, you shouldn’t’ be doing it any more.”

By coincidence the New Yorker this week published a special edition of celebrity interviews from years past, thus delivering vivid period insights into the likes of John Lennon, Marlon Brando, Richard Pryor and Oprah Winfrey in their prime.

Truman Capote wrote thousands of myth-puncturing words about Marlon Brando in his 1957 New Yorker profile in which “Brando inhaled cigarettes and apple pie and confessed his inability to love.” To Capote, “the star emerged not as a deity but as a very young man sitting on a pile of candy.”

Bob Dylan, famously press shy, sat for an interview with Nat Hentoff in which he confessed his paranoia about interviews. “Writers don’t want to understand me. They’re all looking to use me for some thing. This fame business — it’s got to go away.” As liberating as his songs seemed to be, Dylan still complained that he felt “confined” by the genre, saying “I now write a lot of poetry because poetry can create its own form.”

Thrilled about his move to New York, Lennon revealed that, in his mind, he was now living “at the center of the world.” Lennon did not miss London in 1972, but missed “my walls full of books and other possessions that I’d hurriedly left behind.”

Tragically, he was about to be assassinated in his new favorite city.

In writing his profiles, Capote acknowledged that star interviews constituted “the lowest form of journalism.” His cynicism is countered by Michael Schulman, the staff writer for the New Yorker who curated the celebrity essays, noting that “they are time capsules but also destinations of the mind, beckoning us to return.”

Celebrity complaints about their profilers represent a time-honored tradition. In the 18th century the then-famous Johann Wolfgang von Goethe (author of Faust) complained bitterly that “the glare of publicity” affected artists like “toxic rain.” Goethe, as though envisioning the cancel culture, said he knew he would be “pulled down and smashed by a future generation.”

In scheduling their appearances at the fall festivals, a number of present-day celebrities are now willing to take that risk. And judging from their positive reviews, the media establishment is eager to play along.