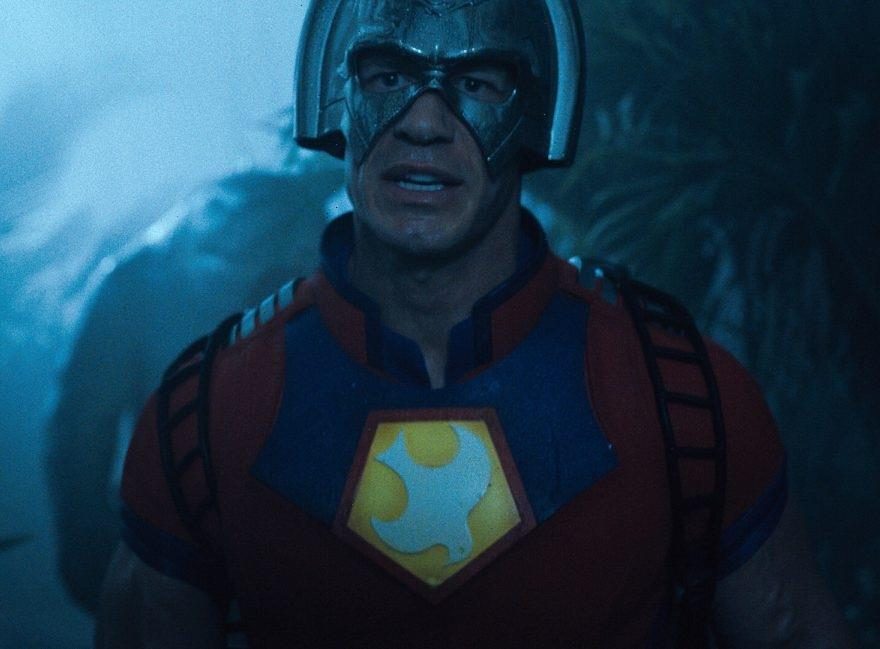 James Gunn’s The Suicide Squad brought a number of DC Comics characters into the DC Extended Universe, and one of the most interesting additions to the franchise is John Cena’s Peacemaker. That’s probably why he’s getting his own television series on HBO Max, picking up after the events of The Suicide Squad. DC FanDome gave viewers a first look at the upcoming show — and it looks just as dark and entertaining as Gunn’s recent film.

Cena’s Peacemaker proved a conflicting character during The Suicide Squad. Unlike the rest of Amanda Waller’s (Viola Davis) team, he’s on the mission because he genuinely wants to help. Unfortunately, his moral compass tips right over into immoral. Peacemaker is willing to do just about anything to secure peace for his nation. That includes embracing violence in order to do it.

That mindset separates him from the rest of the Suicide Squad eventually, with Peacemaker trying to keep Waller’s secrets despite the harm they might cause. The rest of the team assumes him dead, but the post-credits scene proves otherwise. Peacemaker will continue the character’s story on HBO Max, with Gunn directing yet again. And the teaser trailer for Peacemaker has Gunn’s signature dark humor.

DC and HBO Max have been hyping up Peacemaker since The Suicide Squad debuted, but DC FanDome finally gave fans a good look at the upcoming series. The footage opens with Cena’s character right where we left him: in the hospital. He’s trying to convince a janitor that he’s a superhero, and the other man’s reaction is sure to elicit a few laughs. “Get out of here,” he says. “There’s no superhero called Peacemaker.”

Peacemaker’s setting out to prove him wrong though, heading out on another mission for Waller. This time, he’s accompanied by a different group of characters — though some of them do come straight from The Suicide Squad. Peacemaker will fight alongside Harcourt (Jennifer Holland), Economos (Steve Agee), Adebayo (Danielle Brooks), Vigilante (Freddie Stroma), and Auggie Smith (Robert Patrick) in the new series. The trailer offers a glimpse of the new characters, but it also teases a new arc for Peacemaker himself.

Following his antics and speeches about “butt babies,” there’s a moment that hones in on the character. “You use being a jerk as a way to push people away,” Adebayo tells him. “If you would just drop that, people actually might like you.”

This suggests fans will see a new side to Cena’s character in Peacemaker, one that wasn’t as present in The Suicide Squad. That’s an exciting prospect heading into the show. So, when can fans expect it?

DC FanDome’s teaser trailer is just a taste of what’s to come, but it’s enough to get fans hyped for Peacemaker. Fortunately, they don’t have to wait long to see Cena’s character back in action. The Suicide Squad spinoff arrives on HBO Max in January, so DC fans can kick off the new year with Peacemaker.