Marty (played by Jason Bateman) and Wendy Byrde (Laura Linney) are on their way back to Ozark for one final outing after narrowly escaping detah at the end of season three on Netflix. Season four promises to be one of the most explosive series to date, with the Byrdes facing fierce opposition from Ruth Langmore (Julia Garner), Darlene Snell (Lisa Emery) and the Kansas City mob, as well as distrust within their own operation with the Navarro Cartel. However, a blast from the past could give them the upper hand when it comes to Ruth.

Ruth’s rollercoaster time on Ozark started as soon as Marty stepped foot into her life in the second-ever episode.

Ever since, Ruth has been mentored, moulded and manipulated however Marty sees fit – but it all came to a head in the final moments of season three.

Following the death of her lover and Wendy’s brother Ben (Tom Pelphrey), Ruth severed ties for good after discovering the Byrdes’ part in his murder.

However, it wasn’t the first time the demise of someone close to her had her revealuating her outlook on life – enter Uncle Russ (Marc Menchaca). 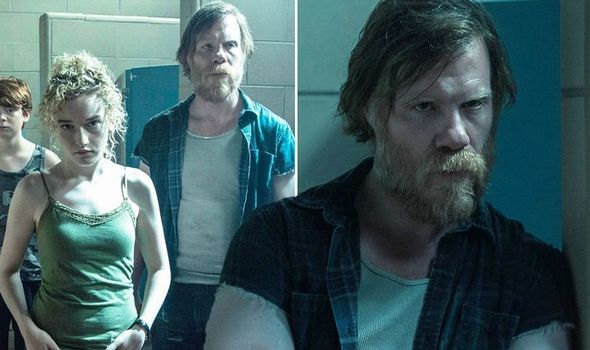 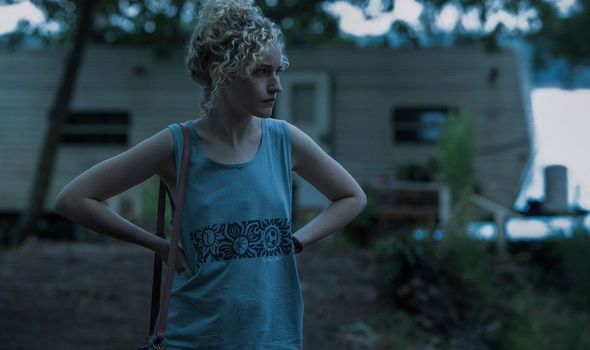 Russ was the figurehead within the Langmore clan way back in season one and found his interest piqued when he discovered just how much money Marty was taking home.

Working with Ruth at the time, Russ had devised plans to steal Marty’s money, but his niece’s mind began to sway.

Marty had taken Ruth under his wing after she’d initally tried to rob him and Russ had his own attention turned by a callous FBI Agent by the name of Roy Petty (Jason Butler Harner).

Desperate to keep his sexuality hidden, Russ was heartbroken to discover the first man he’d confided in as a possible lover turned out to be using him to gain access to Marty. 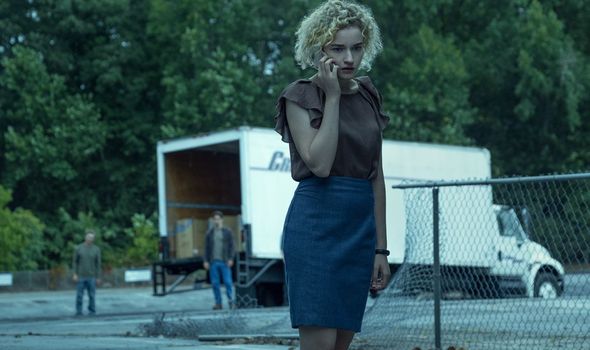 What resulted was a deep resentment for the master money launderer and, working with Ruth’s dather, he decided to try and take him out.

However, Ruth intervened and sabotaged his plans, rigging an electrical circuit to kill her own uncle and save Marty.

Ozark fans have already witnessed Ruth struggle to come to terms with the guilt, particularly after it ruined her relationship with cousing Wyatt (Charlie Tahan).

But could her struggles with Russ’ demise come back to life with a bang in season four? Actor Menchaca has dropped a huge hint it could.

While Russ died in brutal circumstances, Menchaca has addressed the possibility comeback.

When asked about a return by The Natural Aristocrat, Menchaca said: “I’d love to! Put the word out!”

So if Russ were to comeback, surely it would only have a detrimental effect on Ruth.

If Menchaca reprised the role as part of a flashback, could Ruth become racked with guilt once more as she remembers their time together?

Another possibility if Menchaca were to star in the final series could be as an hallucination.

If Ruth were to head on a downwards spiral, could she start seeing her murdered uncle more and more as the gravity of what she did catches up to her?

Fans will have to wait until season four drops on Netflix to find out whether or not Russ is making his way back into Ruth’s life in one form or the other.

Ozark seasons 1-3 are available to stream on Netflix now.