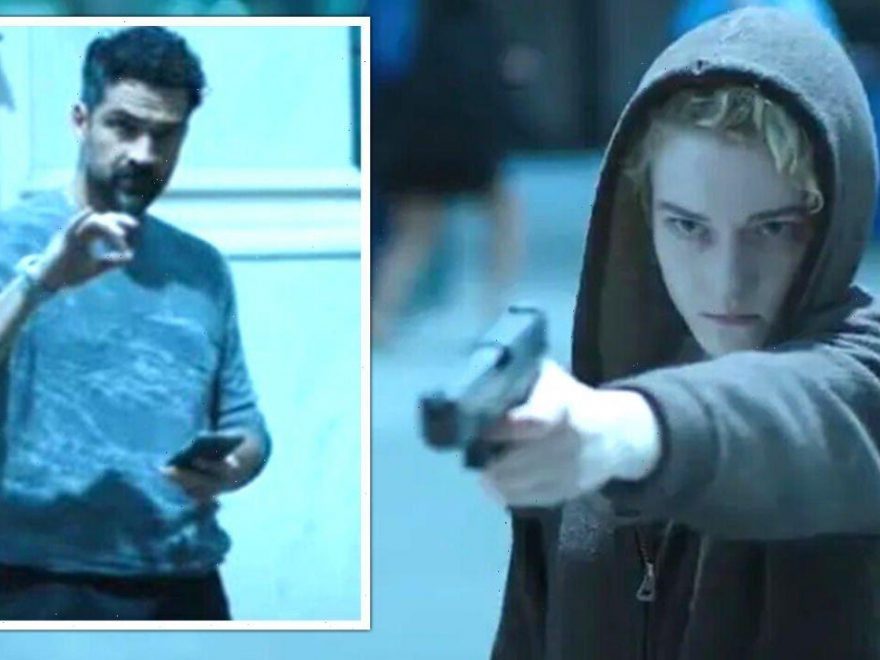 Ozark: The cast discuss saying goodbye to the Byrde's house

Ozark season four returns to Netflix with its second batch of episodes on April 29. Ruth Langmore (played by Julia Garner) was fuelled by heartbreak at the end of the first half. There is a chance her acts of vengeance will land her in trouble and it could have fatal consequences.

Will Ruth Langmore die in Ozark?

At the end of the first half of season four, Ruth left the Byrdes to go find Javi (Alfonso Herrera).

As the nephew of Omar Navarro (Felix Solis), Javi is even more heartless than his uncle.

He was responsible for the deaths of Darlene (Lisa Emery) and Wyatt (Charlie Tahan), which sent Euth over the edge.

Once she discovered the truth, she went out in search of Javi to get back at him for killing her cousin.

The trailer for the second half of the season seems to show Ruth shooting Javi.

Marty Byrde (Jason Bateman) is heard saying: “She lost her whole family because she met us.”

Ruth is then heard saying: “Welcome to my f*****g world” as she walks up to Javi and shoots him.

However, with the final season promising to be the most explosive yet, it may not be that simple for Ruth.

Even if the killing does go down without any glitches, there could be deadly repercussions.

Viewers know another member of the Navarro family is due to make an entrance in the final episodes.

Javi’s mother Camila (Veronica Falcon) is yet to make an appearance.

As Omar’s sister, she may catch wind of her son’s tragic and unexpected death.

Believing her family were untouchable, the news of Javi’s demise would turn her life upside down.

She could go on her own revenge mission and hunt down Ruth, making her pay for what she did.

The season finale may see the ultimate cat and mouse game as Ruth and Camila try to outrun each other.

This is where Marty may step in to save the day and come to Ruth’s aid, abandoning his own family.

Yet he may be too late, and Camila might just reach Ruth before he does.

The final trailer sets the upcoming episodes up to focus heavily on Ruth’s mission.

This could be a way of foreshadowing her death or something major happening to her.

To which drg_246 replied: “I do too, but honestly, she will either kill him and get killed in the process or die before she even gets there.

“Wow, me just typing that out just made me feel so sad.”

Marlborohunnids shared: “She’s going full revenge mode in the next part. She better be the one to kill Javi.”

TheMoorNextDoor added: “She’s the most tragic character amongst all of them.

“I don’t think she’ll get to kill Javi but I pray they don’t take her out because aside from Marty she is the second best character.”