Starz drama Outlander has built up a strong fanbase over the years after it launched in 2014. Season six of the Diana Gabaldon-inspired show will be beginning production soon and while fans wait for the dreaded Droughtlander to end, some have been revisiting previous series of the show. However, some scenes from the show sadly didn’t make the final cut including one from season three in which Jamie Fraser (played by Sam Heughan) took revenge on an evil Redcoat who chopped off Fergus Fraser’s (Romann Berrux) hand.

Why was Jamie Fraser’s Redcoat murder scene cut from Outlander?

Season three was one of the most broad-sweeping series of Outlander and charted Jamie and Claire Fraser’s (Caitriona Balfe) 20-year separation.

Much happened during this time including Jamie fighting and surviving the Battle of Culloden.

As fans will remember, Jamie lived in a cave for seven years in the aftermath of Culloden and hid from the British.

But in the end, he could take the solitude no more and decided to hand himself in to the authorities. 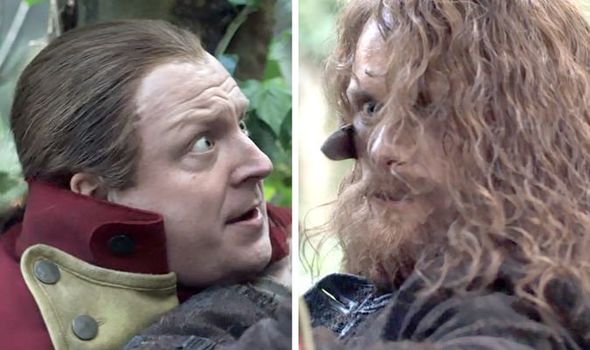 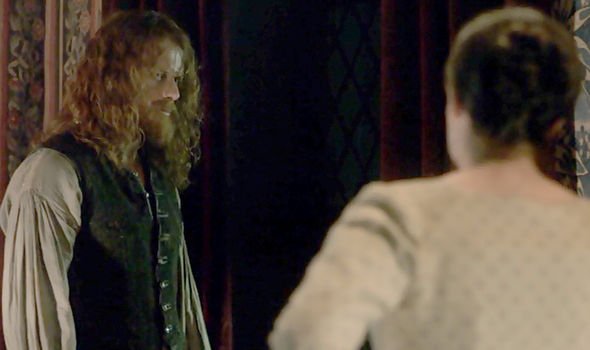 He was taken away to Ardsmuir Prison, where he served out a term and later found himself in England at the Helwater estate where he worked as an indentured servant to an aristocratic family.

During this time in the Lallybroch cave, Fergus and other servants brought Jamie food and supplies to help him cope.

However, in a heart-breaking incident, a cruel Redcoat chopped off one of Fergus’ hands, leaving him with only one and Jamie feeling deeply guilty for his adoptive son’s injury.

The moment is also depicted in the novel and sadly there was no justice for the solider who committed the heinous act on the child. 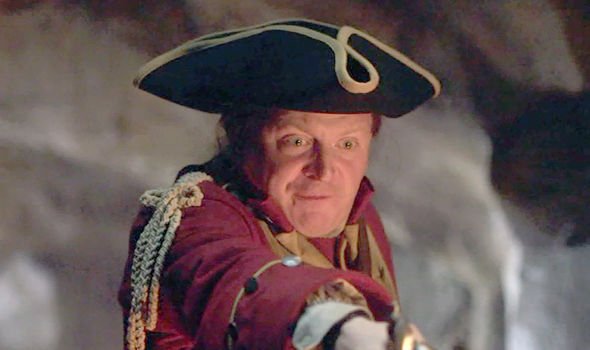 In the show, the writers included a scene in which Jamie took revenge on the Redcoat who had left Fergus without a hand.

In the scene in question, a grizzled Jamie was found by the Redcoat hiding in his cave near Lallybroch.

The two men fought, and Jamie ended up killing the soldier, who desperately tried to save himself by claiming there were others who would come if his body was found.

But this threat didn’t deter Jamie, who murdered the man and let his corpse float away downstream. 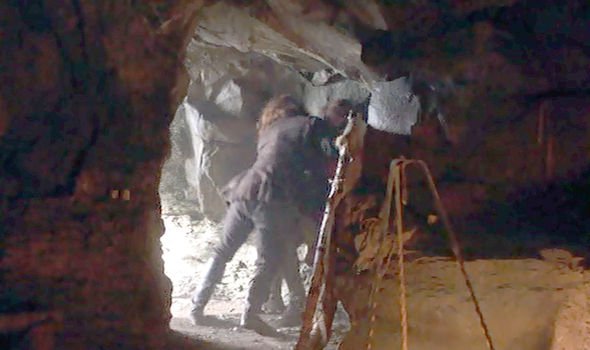 The scene ended with Jamie and Mary MacNab (Emma Campbell-Jones) talking about the discovery of the body.

Eventually, this scene was cut and speaking on the season three DVD, Outlander’s executive producer Ronald D. Moore explained why this decision was made.

He said: “This is an interesting sequence that was cut from the final episode.

“This is where Jamie decides to track down and kill the Redcoat corporal who had cut off Fergus’ hand.

“And then there’s a brief bit of conversation between Jamie and Mary in the cave afterwards talking about the discovery of the body.

“This was something I felt just didn’t work and that’s why it was cut from the final episode.

“I didn’t think the fight was particularly believable, and I just didn’t feel like it fit within the parameters of the episode.”

Moore continued: “It was a close call, sort of back and forth because as it is, there is really no resolution to the story of the corporal and there’s no justice really meted out by him and Jamie never gets his revenge and so on.

“But in the scheme of things, it felt more important to keep the show moving and to have a consistency with mood and tone. So, ultimately, that’s why the whole sequence was cut.”