Outlander: Jamie sees Claire in vision he has after battle

In the first ever episode of Outlander, the ghost of Jamie Fraser (played by Sam Heughan) could be seen watching future wife Claire (Caitriona Balfe) who was at her hotel window. Claire’s husband Frank Randall (Tobias Menzies) spotted the highlander watching her and went to approach him. But Jamie’s ghost didn’t acknowledge Frank and instead walked past him before disappearing. Frank was baffled by his vision as was Claire when she heard what had happened. While Claire appears to have forgotten about what Frank told her, viewers have not and have been busy speculating ever since about how the ghost came to be in Inverness in the 20th Century.

There have been a number of theories to emerge in recent years with some fans wondering if Jamie died at the Battle of Culloden and his ghost is looking for Claire.

Others have suggested Jamie and Claire are part of a continuous loop with the highlander always returning to pull Claire back to the 18th Century.

Now a new suggestion has emerged with fans thinking Claire and Jamie will live to an old age with the highlander’s ghost then searching for his wife. 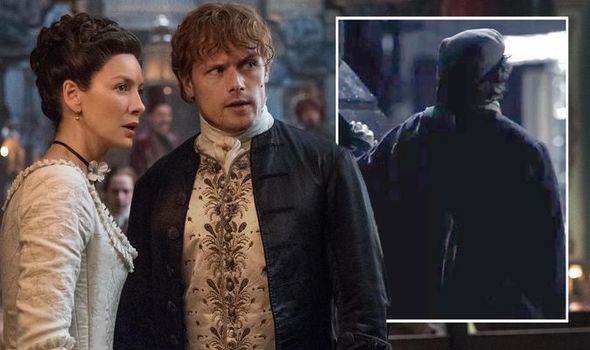 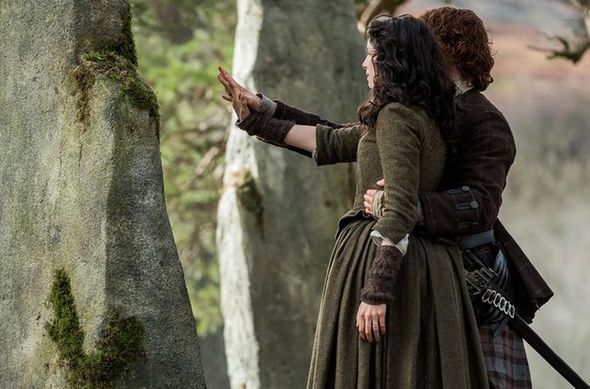 “Jamie lived after Culloden, maybe he and Claire died peacefully together until they’re 90 years old.

“Then they’re both dead, but she still will be born in the year 19-whatever and be alive in the future so Jamie’s spirit goes to see her on the night she time traveled for the first time.”

Another fan agreed, replying: “THANK YOU! This is EXACTLY what I think happens.

“I don’t think it’s as complicated as everyone wants it to be.” 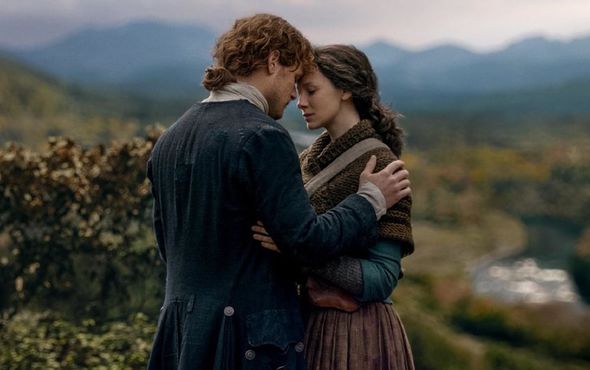 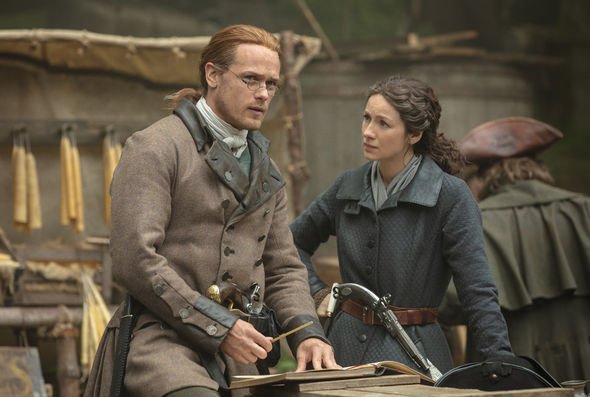 Someone else suggested: “Interesting theory. After her “rebirth” do you think she’d remember Jamie? Or would she live out her life with Frank as intended?

“Wonder what that means for Brianna… I always thought once you time traveled, you wouldn’t be reborn. But I guess Jamie’s ghost confirms this.”

The cast are currently preparing to return to set in Scotland and actress Caitriona spoke about what life is like on set with co-star Sam.

Speaking to Gold Derby, Caitriona laughed: “I could just slag him off but I won’t. It’s been such an amazing thing, we clicked instantly.

“For whatever reason, we are very different people but we have a similarity in how we approach certain things in our lives.

“Definitely how we approach work is very different and very similar.

“But he gives himself up 100 percent to Jamie and he commits 100 percent.

“In that regard we both love to work in that way. He goes for everything just 100 percent, he is always so prepared and committed.”

Caitriona continued: “I always know that he has my back as an actor, as a character. I always know that if you’re going to do a scene, you never have to question Sam’s commitment or his honesty or his truthfulness.

“That’s something great to never have to worry about that ever as an actor.”

“I know so many actors who were in shows with other people and they just didn’t get along. I just can’t even imagine what that must feel like,” she added.

Outlander seasons 1-5 are available to stream on Starz and Amazon Prime Video now.

Married At First Sight Australia: Who is still together from season 6?
World News