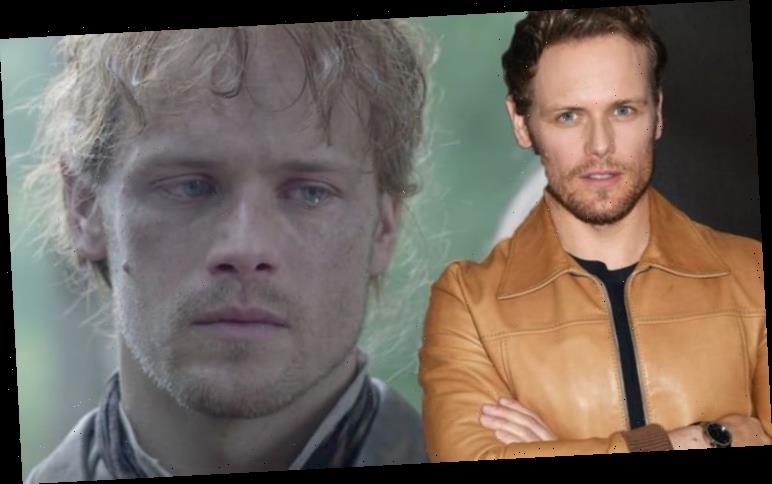 The first season of Outlander saw Claire Fraser (played by Caitriona Balfe) forced to adapt quickly to life in 18th Century Scotland after she travelled back in time during her honeymoon in Inverness with husband Frank Randall (Tobias Menzies). Fortunately, she had Jamie Fraser (Sam Heughan) by her side with the highlander marrying the medic to help protect her from British officers. But despite the pair embarking on a whirlwind romance, there some major lows for the couple, which included Jamie being tortured by long-time rival Black Jack Randall (also Tobias Menzies).

In episode six of the first series, Claire and Captain Randall play a game of cat and mouse with the time traveller trying desperately to protect Jamie.

When General Lord Thomas (John Hefernan) is presented with Claire by the red coats, he tells her Captain Randall will escort her to Inverness.

Suspicious of who Claire really is, Captain Randall interrogates her, demanding to know why an Englishwoman is in Scotland.

Claire concocts a story but is taken aback when Captain Randall tells her about his run in with Jamie which included flogging him publicly. 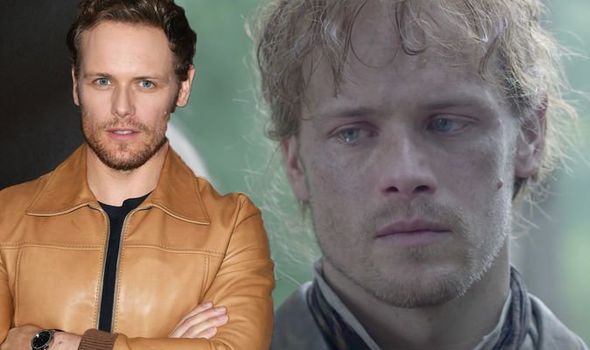 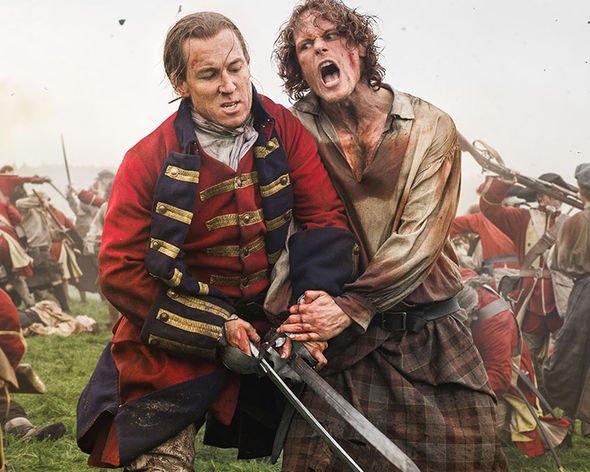 The episode contains a flashback to Jamie being whipped at one of the English-held garrisons and at several points he appears close to death.

Reflecting on the torturous scene, which no doubt left many viewers with their hands over their eyes, actor Sam said he was “on tenterhooks” throughout.

Speaking at San Diego Comic Con in 2014, not long after the series aired, he explained this was the episode he wanted to see Jamie lose everything.

He explained the whipping scene “was hard work to do” and praised his co-star Tobias for playing such an evil character. 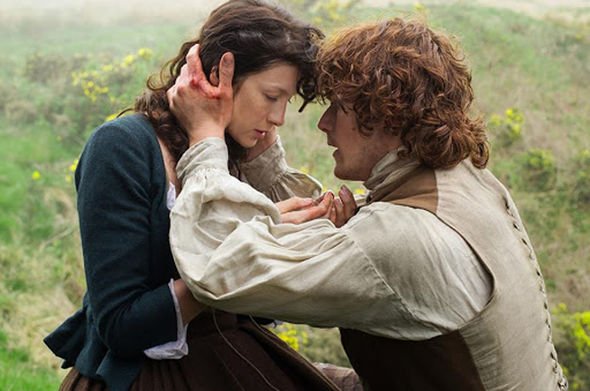 “It was freezing cold there — I think it was February, I had this whole blood rig on, I was manacled and hanging from the stage,” Sam recalled.

“I really wanted to see Jamie lose almost everything, but not. Tobias, he goes for it, it was wonderful.”

Fortunately, Jamie did not lose everything and went on to marry Claire later in episode six.

The pair have formed a powerful bond over the following four series wth their love tested several times.

Most recently, viewers saw Jamie rush to Claire’s aid when she was kidnapped and sexually assaulted in the season five finale.

After rescuing her, he promised to stay by her side and support her as she recovered from the harrowing ordeal.

It’s not yet know when season six will air or what’s in store next for Claire and Jamie but the stars recently shared details from behind-the-scenes.

Speaking from the costume department, Sam updated fans: “Obviously 2020 has been a crazy year for all of us and we’re having to make amends and we’re having to adapt to learn to deal with the situation but we are so excited to say we are finding a way to get Outlander back on the screen.”

His co-star Caitriona added: “Prep is underway so yeah, we’re very excited to bring the show to you as soon as possible.”

“I know it’s been a very tough year for everybody, but we cannot wait to get filming and to see you all again and for you to see the show,” Sophie Skelton, who plays Brianna Fraser, continued.

The cast went on to show off the wardrobe for each of their characters with plenty of costumes for the new settlers on Fraser’s Ridge.

Outlander seasons 1-5 are available to stream on Amazon Prime Video and Starz now.