Roger (played by Richard Rankin) never actually made it to the battlefield as he was knocked out and later mistaken for a traitor. He was subsequently hanged by the British army and fans believed he was dead when Brianna Fraser (Sophie Skelton) discovered his limp body. Fortunately, Roger survived the ordeal but he struggled in the aftermath as he lost his voice and could not forget how close to death he had come in Outlander season five.

Reflecting on filming the scenes which showed Roger slipping away as he hangs from a tree with a sack over his head Richard explained it was incredibly “tricky”.

When asked at PaleyFest LA what it was like portraying the scenes, Richard replied: “Oh I didn’t do it, it was stuntmen that did it.

“I jest, there was a lot surrounding the hanging both on location and the studio.

“There were many, many elements to it and I think as Matt [B.Roberts] was saying, the difficulty of editing that together because they had so much content in how they would tell that story, and how they would get that impression of being inside Roger’s head and telling the story from a really difficult perspective I think, especially when you are working with a really mediocre actor to convey that.” 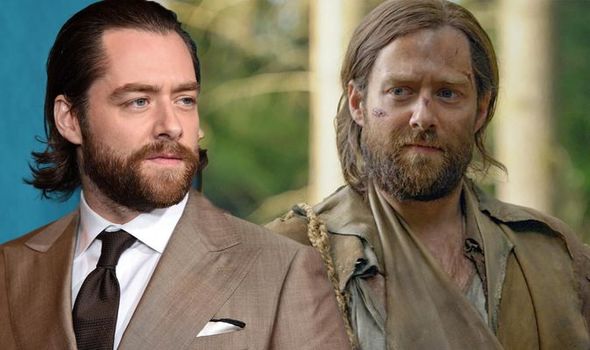 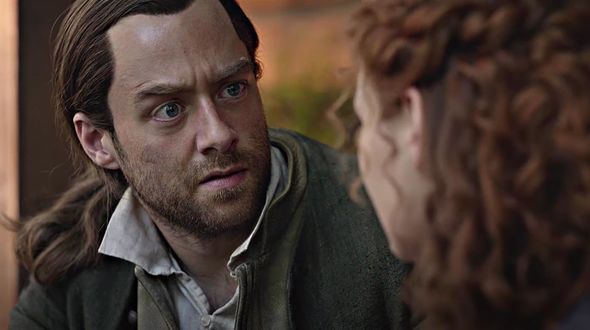 Richard continued: “We were in the studio and one of the hardest things to shoot I think all season was they had this special lens, a really long narrow lens, it felt like it was eight feet long coming out of this camera into the sack which was covering my face.

“We shot that in the studio which was just prior to being hung, just before the barrel was kicked away and we shot that a lot and that was quite difficult to shoot.

“Trying to tell that story from a really confined space with this lens about 5cm away from your eyeballs, that was quite tricky.

“You do have to be in that tense, edge of the barrel moment of just about to be hung.” 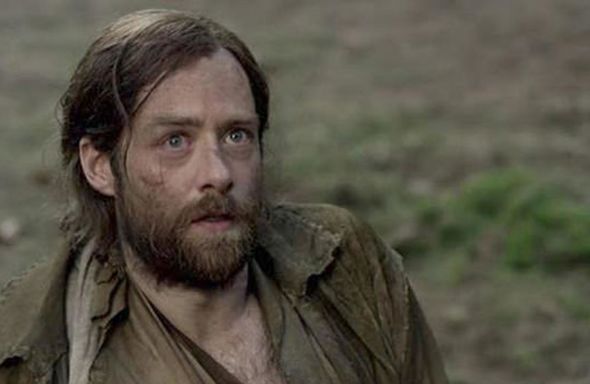 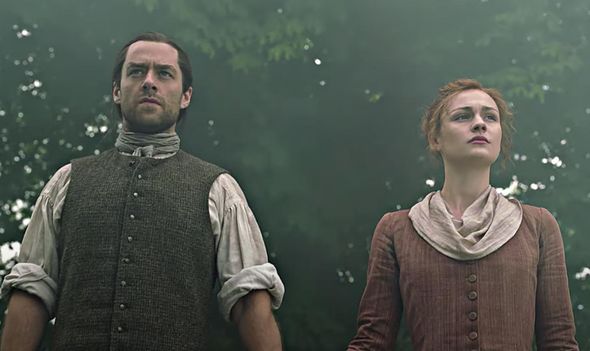 However Richard believes the end result was worth it as he remarked: “They did an amazing job.

“It’s risky and it’s bold and I think you need to be that way in television. It wasn’t easy and it was risky.”

It came after showrunner and executive producer Matthew B Roberts spoke about how they wanted to portray Roger’s struggle.

He detailed: “Getting into Roger’s head in that silent picture mode gave it a different visual than just showing a flashback.

“It took us a really long time in editing to really put that together and structure it well.

“What we do is we tend to overwrite that stuff. So, when you read the script you might go ‘Wow! That’s a lot stuff’ but we know in post, it’s coming to come down and cut it down to the bare essentials.

“Our fans are very understanding, they are very astute, they get the point, they get things and they, certainly the book readers, fill in the gaps with what they have read and that’s a luxury.”

Matthew went on to praise Richard for his portrayal, as he remarked: “We asked the actors to do it both ways and that was challenging for them to both play a regular flashback and the go into silent picture mode.

“We had to double up with filming so kudos to them, they really stepped up and dug into that.

“I think Richard is phenomenal, he played both sides of that.”