Fans of Outlander will remember Dougal (played by Graham McTavish) became quite a problematic character for Claire (Caitriona Balfe) and Jamie Fraser (Sam Heughan). On more than one occasion, he tried to get Claire to forget about her husband and become his lover, and he also became very passionate about the Jacobite uprising. With Jamie knowing Claire was a time traveller, he learned the Battle of Culloden ended in disaster for the Scots and so was desperate to try and stop it.

The pair tried all sorts to try and stop Bonnie Prince Charles (Andrew Gower) from pursuing with his fight against the English, however, they failed to convince him it was a waste of time.

In the final episode of season two, Dougal found Claire and Jamie conspiring to kill Charles to put an end to the Jacobite uprising.

Furious with the couple, Dougal threatened to expose them for treason leaving them with no choice but to kill the highlander.

In the books written by Diana Gabaldon, Dougal is murdered by Jamie as Claire watches in in horror. 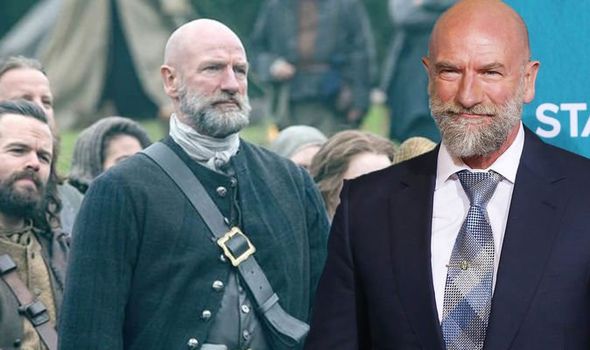 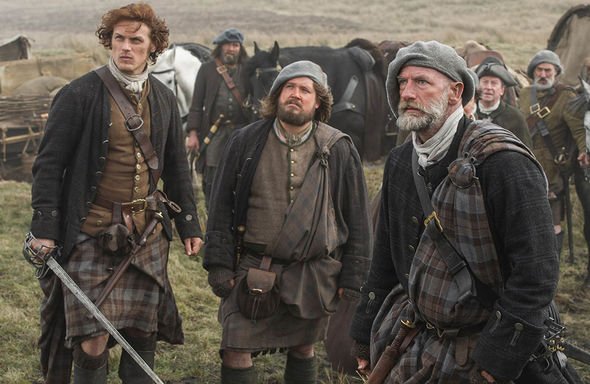 However, in the Starz series, both Jamie and Claire kill Dougal before covering their tracks.

The couple decide Jamie will fight in the Battle of Culloden while Claire will travel back through the stones at Craigh Na Dun to protect their unborn baby.

Addressing the changes made to his character’s death, actor Graham spoke earlier this year about there was no chance he could survive.

“Well, my understanding of the books is that Dougal’s character and I’m hoping I’m not going to spoil this for anyone who hasn’t seen it, dies towards the end of book two,” he said at the Wizard World’s Virtual Convention. 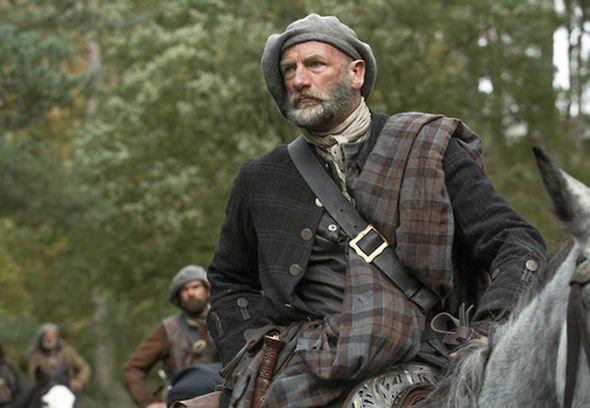 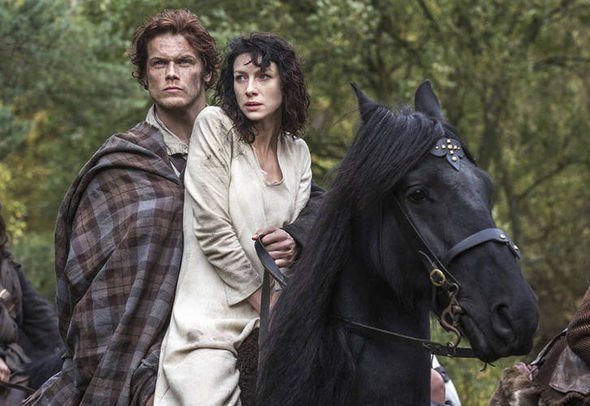 “That’s how I remember it. He dies in a slightly different way in the book, it’s only Jamie kills him whereas the way we filmed it, it was both Jamie and Claire.

“But yes, so my understanding is that he was always going to be one two seasons.”

Speaking to Town and Country, he revealed: “Well, Claire is a healer, she has taken an oath, right?

DON’T MISS…
Outlander: Does the cast get along? Sam Heughan offers insight [INSIGHT]
Richard Rankin nationality: What is Richard Rankin’s nationality? [EXPLAINER]
Outlander explained: Did Claire have a romance with Joe? [THEORY]

“She absolutely wouldn’t end a life even if she thought it was for the best.

“However, whilst shooting it she became unnecessary in the scene because it is just Jamie fighting Dougal.

“And we started discussing it because would she really just be standing there watching?”

He added: “We talked about it and realised that of course they should be complicit in this deed.

“They are both complicit in this murder, but it is for the greater good, so that is how we justified it.”

Graham did make a return to Outlander however as he made a cameo as his descendent William Buccleigh MacKenzie.