Season four of Outlander was an emotional one after Brianna Fraser (played by Sophie Skelton) made the perilous journey back to the past to be reunited with her family. Along the way, she stopped off at her father Jamie Fraser’s (Sam Heughan) former estate of Lallybroch as she tried to find him. There, she encountered Laoghaire MacKenzie (Nell Hudson) who berated her and suggested Jamie would never accept her.

In episode seven, season four called Down The Rabbit Hole Brianna stepped into the spotlight as she tried to find her family.

She started off at the stones of Craigh Na Dun and went back in time to Inverness where she made her way to Lallybroch.

Brianna met Laoghaire, who didn’t have a good word to say about her father Jamie.

The Scottish laird married her during the 20 years he was separated from Claire (Caitriona Balfe) after some persuasion from his sister Jenny Murray (Laura Donnelly). 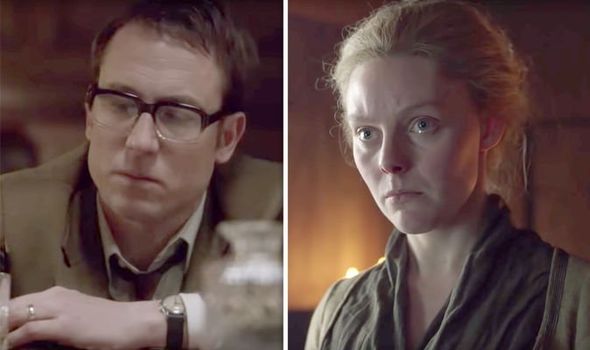 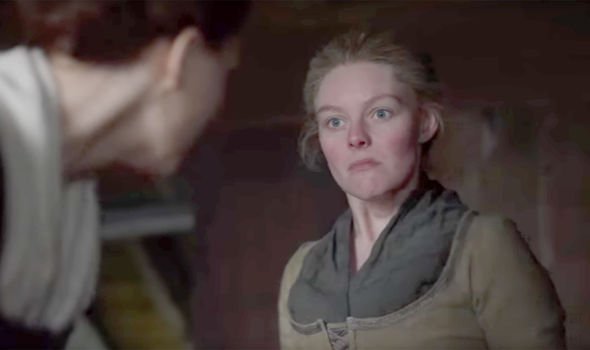 But their marriage hadn’t been a happy one and Jamie had ended things with her.

When Claire came back, Jamie quickly reunited with her but not before Laoghaire found them together and was left incandescent with rage.

There were also flashbacks featuring Frank Randall (Tobias Menzies) and Brianna, marking a comeback for the late history professor.

The scenes from the Diana Gabaldon show also explored the moments before his death after he told Brianna he was getting a divorce. 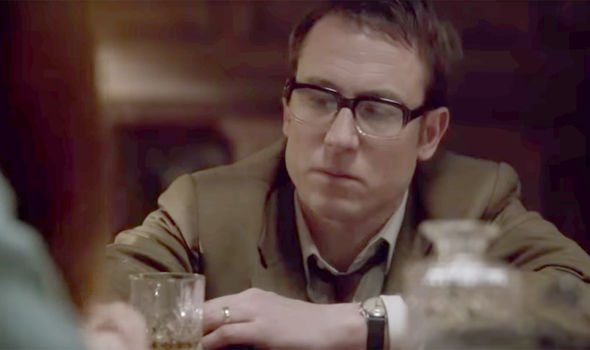 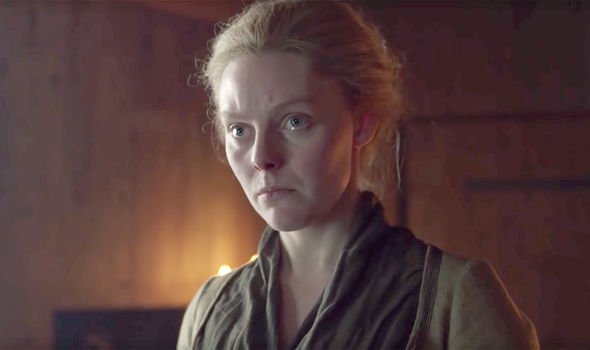 Speaking in a behind-the-scenes videos, the executive producers and writers broke down the script.

Toni Graphia explained: “Both Brianna and Roger MacKenzie (Richard Rankin) ventured into the past.”

While Maril Davis said: “This was one of our favourite episodes of the season because we knew we wanted to bring Tobias Menzies back.”

According to the executive, fans constantly called for Frank to return to the show such was his appeal among viewers.

She continued: “For me, the most interest part of this was when we discussed the parallels between Frank and Claire and Laoghaire and Jamie.

“Frank and Laoghaire have both loved people but not actually been loved back.

“The parallel of that and trying to show that story, to me, is such an interesting arc.”

Both Frank and Laoghaire were locked in unrequited love and both found their hearts broken in the process.

For Laoghaire, in particular, she was spurned twice by Jamie after he chose Claire.

As fans will remember, Laoghaire tried to win over Jamie in season one but he was already falling in love with Claire.

Out of jealousy, Laoghaire accused Claire and Geillis Duncan (Lotte Verbeek) of being witches and the pair were put on trial.

Jamie managed to save Claire from being burnt, no thanks to Laoghaire and her evil intentions.

Laoghaire is likely to feature in the future – if the Starz show goes back to Scotland at some point. She continues to have nothing but contempt for Jamie and his family.

Also, Frank could make a comeback in more flashbacks which could give further insight into his character and love for Claire.

Outlander season 5 will air on Amazon Prime on February 16, 2020