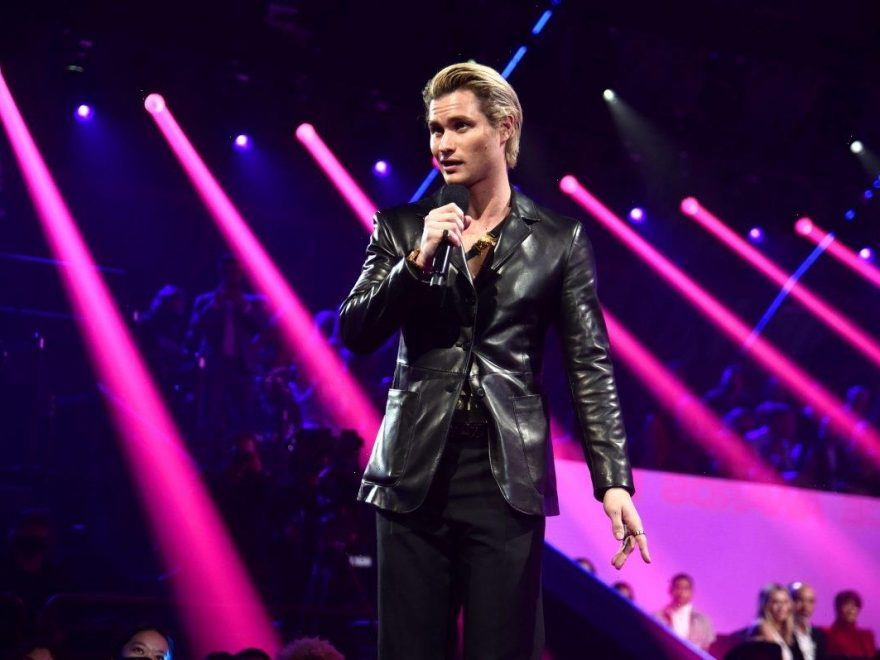 While some Outer Banks fans focused on Stokes and Madelyn Cline‘s “reunion” at the People’s Choice Awards, others enjoyed Stokes’ tweets about the win. “I won something, Bails is going to tweet about it now,” Stokes tweeted casually. His Outer Banks co-star Madison Bailey simultaneously tweeted: “Chase won something.”

Another Outer Banks co-star Carlacia Grant celebrated Stokes’ big win on Twitter. “Congrats @hichasestokes! My guy!!!!” Once again, in the most John B. fashion possible, Stokes replied jokingly: “What are you talking about.”

Despite Stokes’ extremely Pogue-like response to his win, Outer Banks fans were “stoked” for the actor (see what we did there). “Congrats Chase, you deserve it!!” a fan replied. “So proud of you. Can’t wait for season 3 obx!! P4L babyyyyy.”

As we said, Dec. 7, 2021 was a big day for Stokes and his entire Outer Banks cast. “I got an announcement all the way from Poguelandia,” Stokes said in a “Breaking News” post from the official Outer Banks Netflix account. “We’ve got incoming news. Drum roll please. It’s season 3 baby! We’re coming back, season 3.”

At this time, Netflix hasn’t confirmed an official release date for the new season of Outer Banks. However, a source close to the show said scripts for seasons 3 and 4 are in the process of being finalized. “Season 3 should start filming this year,” the source told Small Screen. They also said fans can expect Outer Banks Season 3 in the middle of 2022.