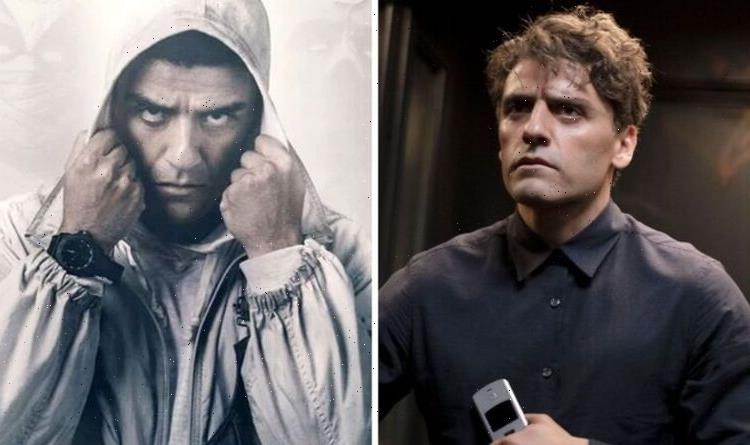 Fans were left baffled by the decision to give Star Wars and Dune star Oscar Isaac an off-putting English accent for his latest role, Moon Knight. The brand new Marvel origin story kicked off on Wednesday, and the Hollywood A-lister has since come out in defence of his unconventional voice work for the new Disney+ series.

Oscar’s strange and unconvincing British accent in Moon Knight finally seems to have an explanation.

The new limited series’ leading man maintained there were good “reasons” behind his dramatic departure from his own voice.

“That voice is about where Steven’s from, where he’s living now, and some of his believed heritage.

“It’s not an idea of what Brits actually sound like,” he insisted during a chat with Empire.

In the latest miniseries from Marvel, the cinema star portrays Marc Spector, a mercenary with Dissociative Identity Disorder.

It appears Marc’s DID could explain why part of Oscar’s performance sounds so unconvincing to British audiences.

Viewers will be introduced to a number of Marc’s alter-egos, including mild-mannered museum gift shop employee Steven Grant.

However, before the show was even released, Marvel fans were rather confused when Steven was introduced in the trailer with a rather uncanny London accent.

The actor even mocked the voice himself in a trailer reaction video with Ethan Hawke.

He put on an Oliver Twist-inspired twang and inquired: “Please sir, may I have some more?”

Now the first episode of the series has finally been released, fans now know Steven is just one of the character’s many identities.

As Marc himself is American, he seems to be putting on an accent when he dissociates and inhabits the role of Steven.

This explains why Brits and Americans alike dismissed Oscar’s accent as fake when the trailer was first released, as it was never intended to sound authentic in the first place.

Opening up more about his first foray into the Marvel universe, he told Esquire: “It’s a celebration of the power of the human mind.

“It’s basically saying we have a superpower and it’s the human brain, particularly for those who deal with trauma and sustained abuse. There’s this thing that the brain can do to allow them to survive.”

He also revealed his uncle, who has suffered from mental illness, cried when he was shown an episode of Moon Knight.

“It just felt like being seen,” the Moon Knight star said.

“There was something there that felt like an acknowledgement of the pain and what people do with pain, and the forgiveness, of how you forgive yourself, and how to come to terms with the child within you.”

Moon Knight has already proven to be just as thrilling and inventive as other entries in the Marvel canon, so hopefully, Steven’s peculiar brogue doesn’t distract from the rest of the series.