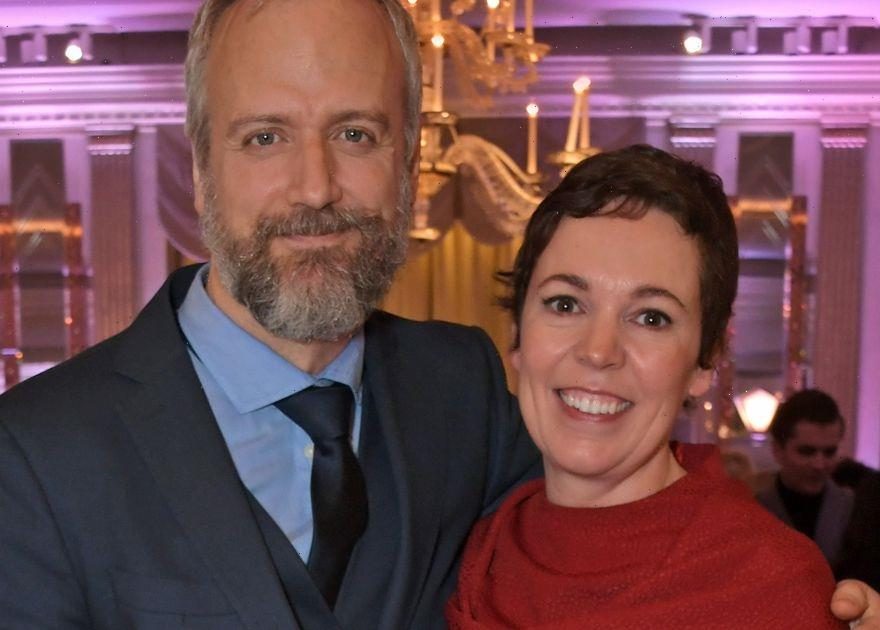 She's the Oscar winning actress who scored another hit on the small screen when she replaced Claire Foy as the Queen in The Crown. And now Olivia Colman has teamed up with Harry Potter star David Thewlis to take the lead roles in a real-life crime story, written by Olivia’s real-life husband Ed Sinclair.

The stars play mild-mannered couple Susan and Christopher Edwards, who are convicted of the murder of Susan’s parents 15 years previously.

The fascinating case hit the headlines at the time due to mind-boggling details like the fact that the couple spent much of the deceased’s cash on Hollywood memorabilia.

With a glittering career like hers – Olivia has more than 100 acting credits on her CV – work is not in short supply for the star. But she couldn't resist the chance to work with her husband Ed, who wrote the Sky drama especially for her.

Here, down-to-earth star Olivia explains this is as much a twisted love story as it is a bizarre crime story and why she couldn't resist working with her partner…

Hi Olivia. How did the role in Landscapers come about?

Well, Ed wrote it. And so I did it! Ed was looking for something to write for me, which is very nice. I remember reading a first draft and realising that Ed, knowing me, had put in the sort scenes and stuff I want to do. Beyond that, I love playing that person who’s timid and shy and sweet but has something hidden and dark behind them.

Tell us about the story…

It’s about a couple, the Edwardses, who we know from the very beginning have committed a murder. You automatically go, “Bad! Oh, awful people!” But then you look into it and they are two gentle people who are very devoted to each other, and in love. You don’t know what happened that night [of the murder]. But the fact that there’s historical abuse, that Susan was abused by her father – that does something to a person.

To what extent is this a love story?

It is a total love story. He was her knight in shining armour. He took her away from this place where she was so unhappy, and he has done nothing but stand by her side. They’ve got each other’s backs.

We believe Susan’s obsession with Hollywood plays a part…

Yes, it goes quite fantastical. Susan loved 1950s Hollywood movies and as she retreats into her mind to find a place where she feels safe – they all become cowboys like in High Noon for example. It’s not your average true crime drama. I haven’t seen anything like it before. I’m so excited.

How was it working with Ed?

We sort of left each other alone. For example, he’s seen the series but he’s never told me what he thinks of my performance. We both admire what the other does – I love Ed’s writing but I wouldn’t dare to get into his writing process. And God help him if he tried to tell me how to do what I do!

Ed, tell us about what attracted you to the project…

Her appeal was rejected on the basis that her sexual abuse was as a child, and the crime was when she was a 40-year-old woman. She was expected to have somehow recovered from that. That really got my anger churning. My intention was not to make people think that Susan and Christopher shouldn’t be in prison. Where we are sympathetic is the sexual abuse side of things. It is our duty to ask difficult questions about where our compassion and our empathy lie.

And how did you find working with Olivia?

We’ve been slightly finding our way because this is the first time that it’s happened. It hasn’t really felt like we’re working together really that much. It’s not like I was constantly checking her reaction to my ideas. I just wanted more people to see Olivia doing more of what she can do.

For more TV gossip and news of all the biggest dramas, sign up to OK! newsletters here. Landscapers airs Tuesdays at 9pm on Sky Atlantic