OLIVIA Bowen has revealed her joy after a 'Puppies 'n' Prosecco' event she called "unethical" has been cancelled.

The reality star, 26, branded the boozy London-based event, which took place on Saturday, "unfair and distasteful". 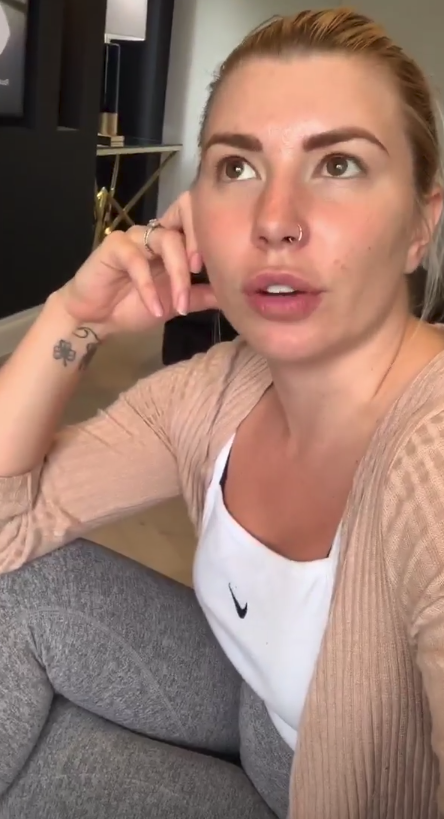 Olivia angrily took to her Instagram story this afternoon to speak out against the bottomless brunch event which let guests pet very young pups.

The organisers had claimed they had worked with the RSPCA to ensure the welfare of the puppies involved was of the highest standard.

However, the animal charity issued a statement denying any involvement.

A statement supplied to The Sun reads: “We have not assigned an officer to these events as we are incredibly busy rescuing cruelly treated and neglected animals. 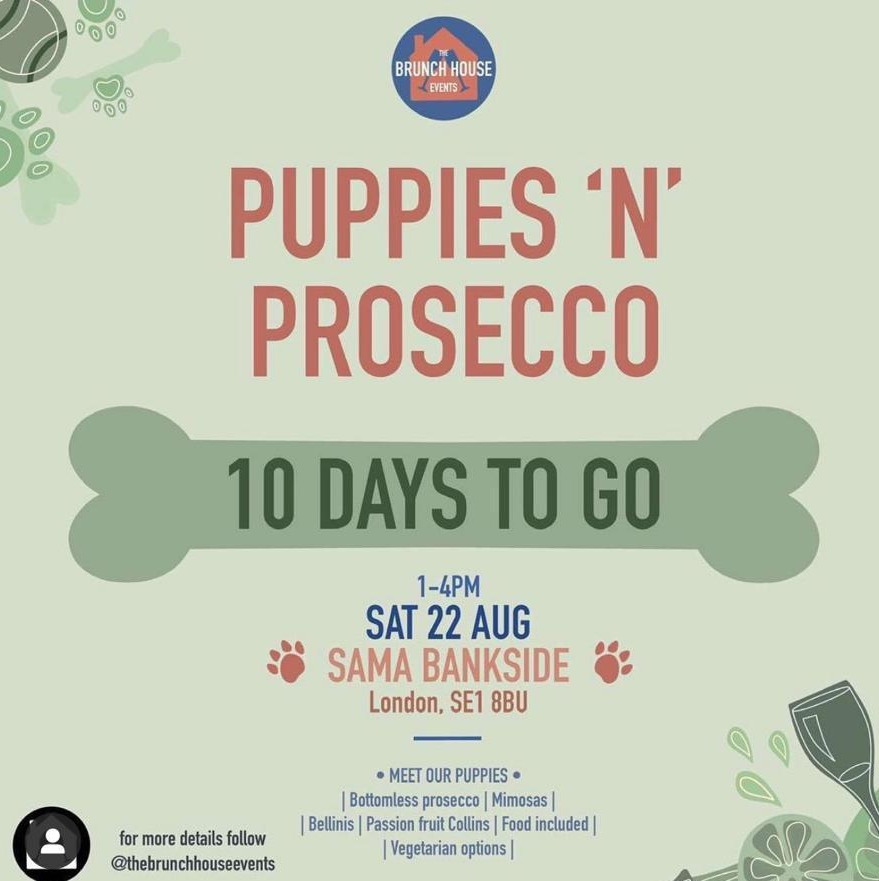 “We understand that people might want the opportunity to spend time with young puppies but as everything is new for them they can get easily scared and worried by unfamiliar environments, meeting unfamiliar people and noisy, busy situations at such a young age.

"As young puppies, new experiences and what they learn and feel  can have a huge effect on them and shape their behaviour for life. 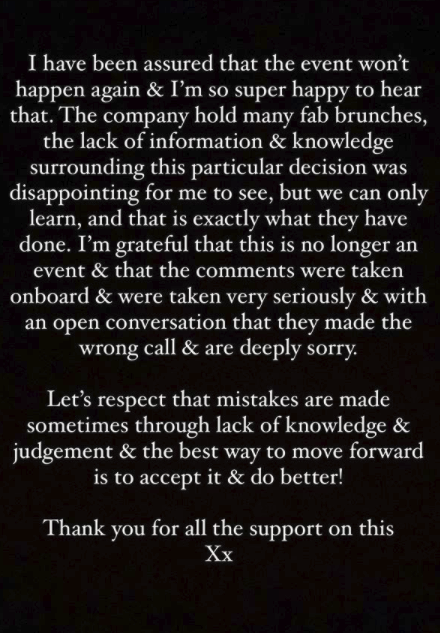 “We would always urge organisers who are thinking about hosting such an event to get in contact with us so we can advise them on whether it is appropriate and encourage them to use the RSPCA's Guidelines on the Welfare of Performing Animals to try to minimise the impact and stress on any animals involved.”

After expressing her anger to her 2.4million followers in a series of now deleted videos, Olivia was delighted to learn that the organisers will no longer run the events.

The Brunch House Events told its followers: "We take feedback very seriously and in light of our recent Puppies 'n' Prosecco, we understand that people might have perceived this brunch as unethical. 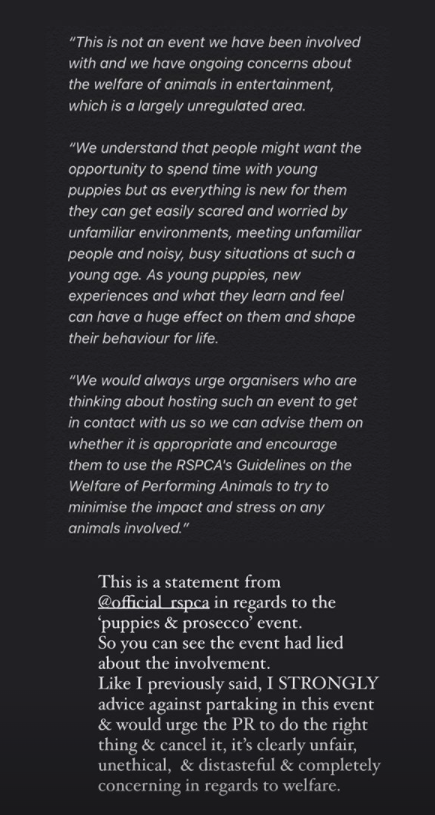 "We as dog owners and lovers had no intentions of compromising the puppies welfare and this was our top priority throughout the event."

It went on to say that despite "great feedback from the attendees, we would like to reassure you, that puppies will not be present at our next event."

The company said it was working closely with the RSPCA following the event to ensure it complies with guidelines.

The U-turn was well-received by Olivia who accepted the company was "deeply sorry" and urged fans to "respect mistakes are made sometimes".