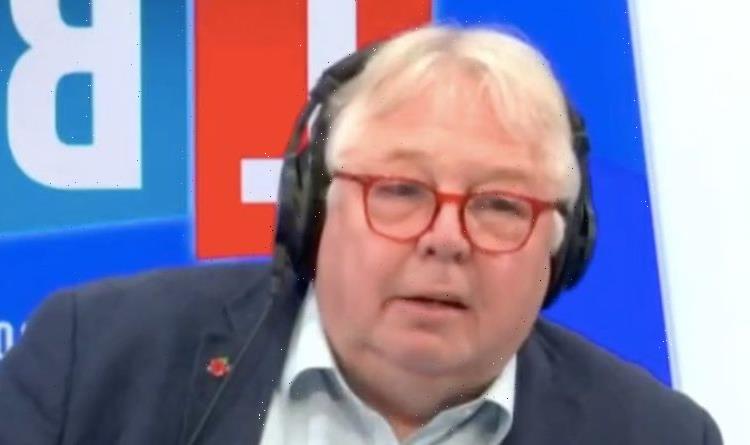 A caller has vowed not put money in France’s pocket, saying he’s started his own “personal trade war” with France and boycotts goods made there. He also urged Britons to “wake up” and join him. It came as Boris Johnson is set to have a “brush by” meeting with Emmanuel Macron in the G20 summit about the fishing dispute in Rome this weekend.

Calling on the LBC show, caller Andy from Shrewsbury said: “Well, I just associate Macron with someone who I really don’t want to know.

“I mean, he’s been a thorn in our sides for years on the back of many of the other French leaders who come down the same route as well actually, insistence on tweaking the lows of the English at any given the opportunity.

“If people want to sum up why English people I think have gone against the idea of Europe, It’s not really Europe. It’s more to do with France.

“And I personally actively, I’ve already started my own trade war.”

He continued: “And I don’t buy French goods unless I can help it.

“Wouldn’t dream of buying a French car or French wine or tea.”

Nick Ferrari said: “Now you see a French car I’m with you.

“I’ve had a couple. They’re not great.

“But French wine? Come on.”

The caller said: “We’ve got to make sacrifices here. I’ve moved on. I don’t buy it.

“I’m not putting money in that country’s pocket.

“That’s when we start getting some understanding.

“A little bit of a more equal playing field.”

Tensions between France and UK is escalating over post-Brexit fishing rights.

France said it could stop UK boats landing in its ports if the row over licences was not resolved by Tuesday.

George Eustice has warned that the UK will retaliate if France goes ahead with this threat.