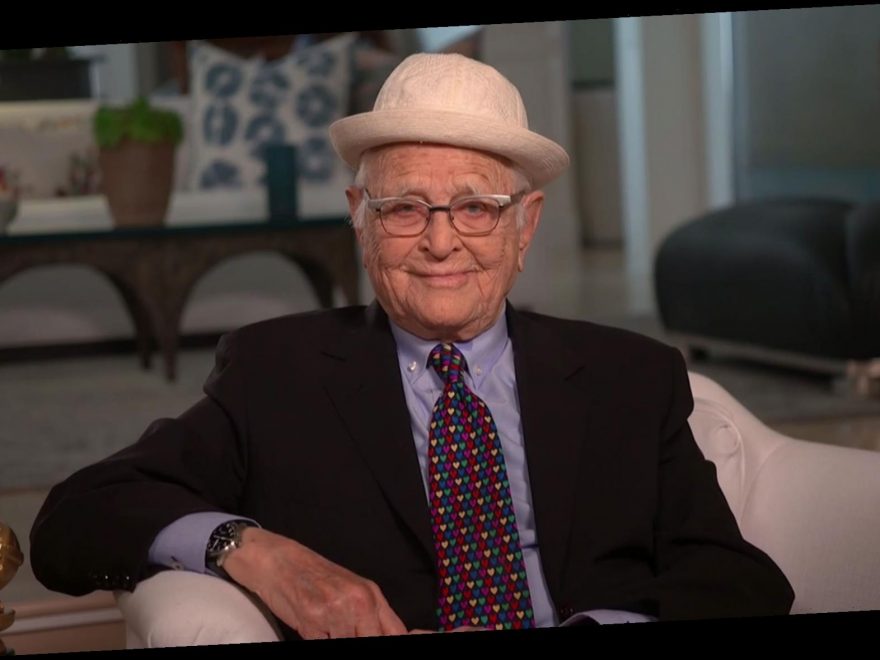 Norman Lear can add another accolade to his impressive list of accomplishments.

During the 2021 Golden Globes on Sunday, the prolific television writer and producer, 98, was awarded the Carol Burnett Award.

"Hello and good evening everyone, thank you for this wonderful night," Lear began his speech. "It knocks me out to be introduced by Amy Poehler and Tina Fey."

Adding that he "could not feel more blessed," Lear went on to commend the 87-year-old actress for which the award is named, saying "nobody has made me laugh harder."

Lear thanked several of his creative partners from throughout his legendary career, "then of course, there's my family: Lyn Davis Lear, five glorious daughters and my wonderful son, ranging in ages from 26 to 74," as well as "my four fabulous grandchildren."

"At close to 99, I can tell you that I've never lived alone, I've never laughed alone and that has as much to do with my being here today as anything else I know," Lear said.

"And once more, thank you and bless you Carol Burnett for everything you have meant to me by way of joy, surprise, delight and laughter," he added. "So glad we had this time together."

The honorary award is presented annually to an honoree who has made outstanding contributions to the television medium on or off the screen. It was first introduced at the 76th Annual Golden Globe Awards. Previous recipients include Ellen DeGeneres (2020) and its namesake, Carol Burnett (2019).

Lear, known for creating groundbreaking comedy series such as All in the Family, The Jeffersons and Good Times, has also long been a political activist and philanthropist — something he's incorporated into many of his shows. Ali Sar, president of the Hollywood Foreign Press Association, previously praised Lear as "among the most prolific creators of this generation."

"His career has encompassed both the Golden Age and Streaming Era, throughout which his progressive approach addressing controversial topics through humor prompted a cultural shift that allowed social and political issues to be reflected in television," Sar said in a statement. "His work revolutionized the industry and the Hollywood Foreign Press Association is honored to name him as the 2021 Carol Burnett Award recipient."