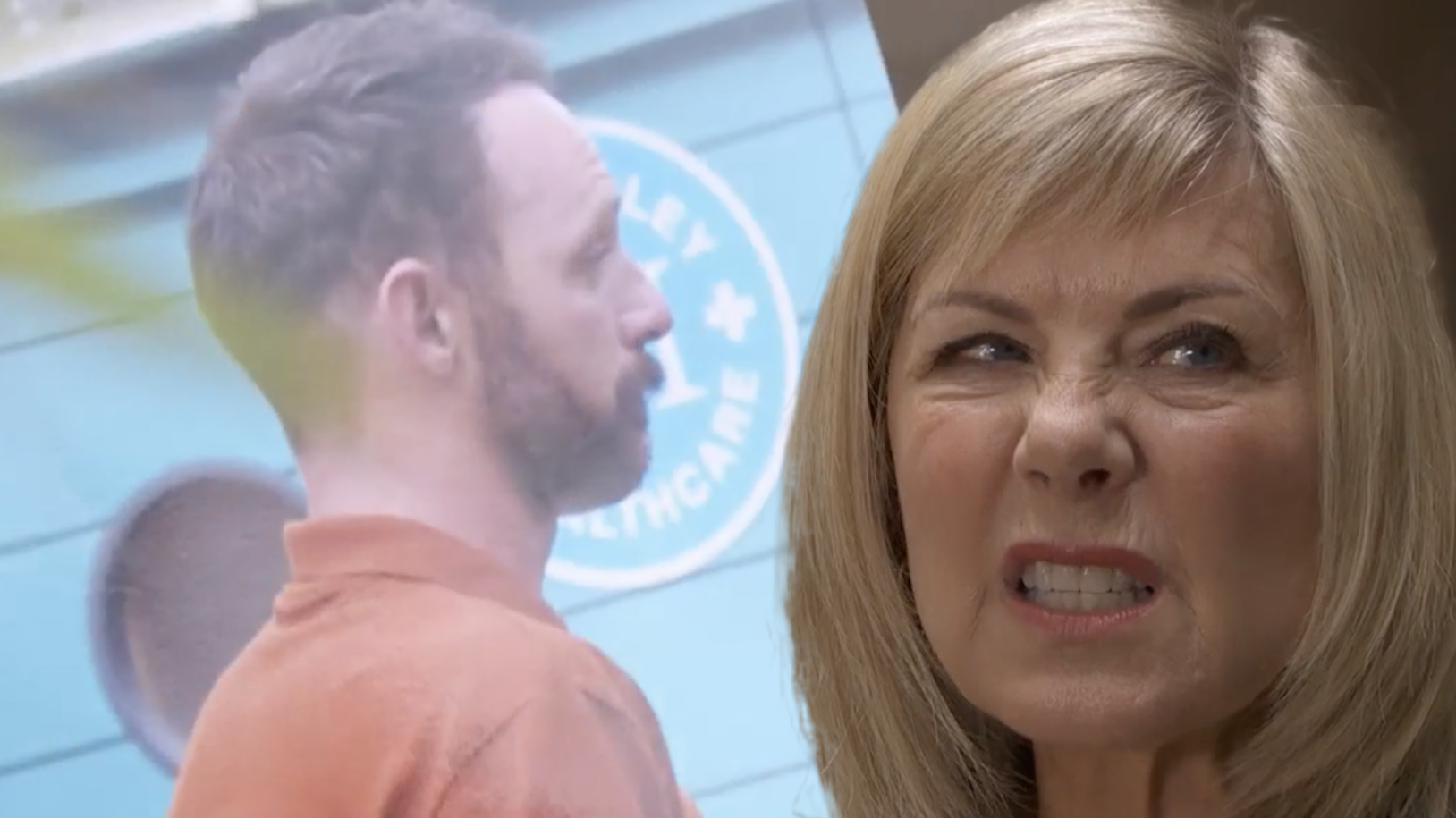 if you’ve learned anything as a viewer of Hollyoaks over the past few months it’s that, if you value your life, you simply don’t cross Norma Crow (Glynis Barber), which is a valuable lesson James Nightingale (Gregory Finnegan) will soon learn himself.

It’s no coincidence that Norma is referred to by those who fear her as The Undertaker, and it’s likely that the criminal has resorted to murder before to get rid of those who have wronged her.

James falls into that category as of last week when he reported her to the police for all the damage that she’s done since rocking up in the eponymous village.

The lawyer was determined to turn over a new leaf when he paid a visit to the police station, and afterwards he felt a huge weight lifted, delighted to have set his recovery and redemption simultaneously in motion.

Little did he know, however, that Norma knows exactly what he did, given that one of the detectives he reported her was to is a dodgy associate of hers!

Norma really does have connections everywhere, it seems.

James, meanwhile, is none-the-wiser, believing Norma to be out of town, and Tuesday’s (September 22) edition of the Channel 4 soap saw him struggling with the thought of going to rehab for his gambling addiction.

Donna-Marie Quinn (Lucy-Jo Hudson) offered him some words of comfort and support, which he seemingly appreciated, but little did he know that Norma’s old pal the embalmer – who famously almost killed Liberty Savage (Jessamy Stoddart) – was taking pictures of him.

The embalmer then relayed word of James’ movements to Norma, showing her the images. Norma made it quite clear that she will personally be overseeing James’ downfall, as she wants to ensure it’s a long and painful one!

Will James pay the ultimate price for going against The Undertaker?

Hollyoaks continues Wednesday September 21 at 7pm on E4 or stream the next episode on All4 from midnight.