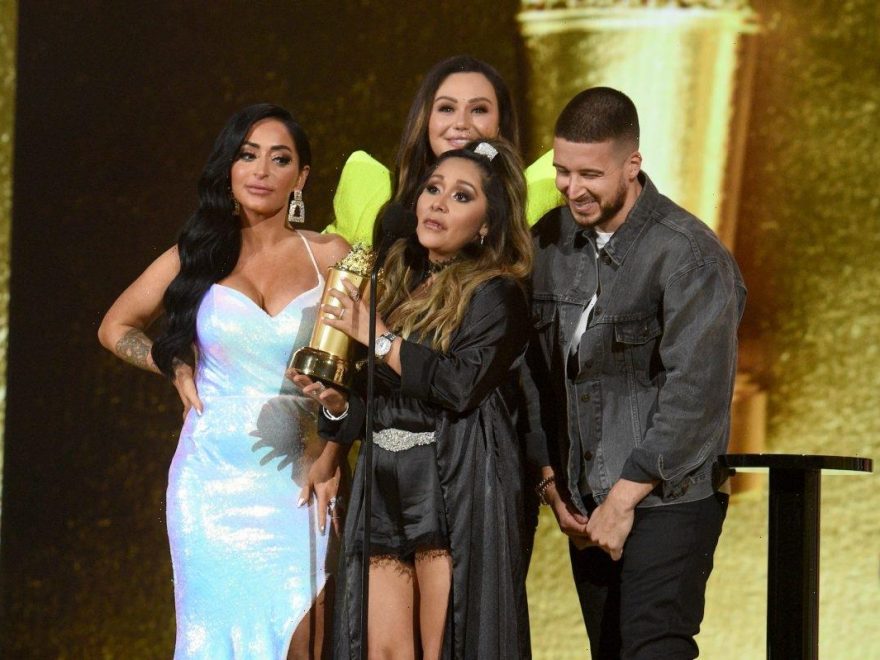 As Mike “The Situation” Sorrentino or Nicole “Snooki” Polizzi would say, “It’s happening!” Season 5 of Jersey Shore: Family Vacation is filming right now, according to “Snooki.”

Polizzi recently dished about the new season on her podcast. Here’s what we know so far about the forthcoming season of Jersey Shore: Family Vacation and when fans can expect to see even more from the roommates.

Most of the Jersey Shore: Family Vacation roommates are very active on social media. Leave it to fans on Reddit to piece together the possibility of the cast filming another season.

“Are they filming again already?” a fan asked on Reddit. Their post includes a photo from Lauren Sorrentino’s Instagram Stories of “The Situation” with a small camera crew.

“Making TV outside until baby Romeo is ready for visitors,” Lauren wrote. She and “The Situation” welcomed Romeo Reign Sorrentino in May 2021.

Angelina Pivarnick has also been hinting at filming with photos on her Instagram Stories using the video camera emoji. One post even included the green screen the roommates use to film their interviews.

Thanks to Polizzi’s podcast It’s Happening With Snooki & Joey, Jersey Shore fans no longer have to speculate about whether a new season is happening or not. “I just filmed — we’re filming for next season,” Polizzi reveals in the “Bye Bye Poppers” episode of the podcast.

“I filmed with Deener and we had a Meatball Day.” Polizzi says she and Deena Cortese got drunk and played on her kid’s swing set.

“The show’s coming back you guys,” Polizzi adds. She also addresses those fans who say they’re not into the show anymore because of last season’s drama between Pivarnick and the rest of the roommates.

“There’s no more drama anymore,” Polizzi admits, clarifying: “Well, there’s drama here and there, but it’s not going to take over the show. The party’s back, and it’s going to be a good-ass time.” Now, fans can’t wait to see more from Polizzi and her roommates.

Polizzi is the host of Messyness, MTV’s latest Ridiculousness spinoff. Together with Tori Spelling, Teddy Ray, and Adam Rippon, Polizzi will dissect some of the most “debaucherous” clips on the internet.

Plus, there’s another season of Double Shot at Love in the works. This time, Pauly DelVecchio and his girlfriend Nikki Hall are helping Vinny Guadagnino fall in love.

MTV has yet to announce a release date for Double Shot at Love Season 3 and Messyness. Stay tuned to Showbiz Cheat Sheet for details.