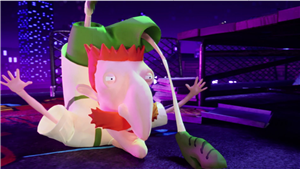 Who doesn’t want to see classic animated characters pummel each other in no-holds-barred contact? Apparently not Nickelodeon, who announced the fighting game, “Nickelodeon All-Star Brawl” led by none other than Nigel Thornberry from “The Wild Thornberrys.”

Fulfilling the dream of many a nostalgic millennial, the game features all the regular suspects from shows like “SpongeBob SquarePants,” “Rugrats,” “Teenage Mutant Ninja Turtles,” and  “Ren & Stimpy,” with more to come.

The reveal trailer for the video game, featured at the top of this story, drew comparisons to the popular Super Smash Bros. series, and developers are likely hoping that the sales will have similarities to the long-running franchise as well. 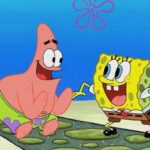 A partial list of characters from the game included: 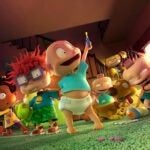 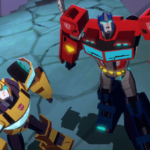 Judging by Twitter’s response, just unearthing the names of some of cartoons involved was enough to transport users into a playful recollection of their favorite characters, such as Nigel Thornberry from “The Wild Thornberrys,” who unwittingly became the face of the entire project.

All-Star Brawl will also include 20 levels based on Nickelodeon shows, along with single player and multiplayer modes, with support for up to four players. The game is slated to come to PS5, PS4, Xbox Series X/S, Xbox One and Nintendo Switch in Fall 2021.