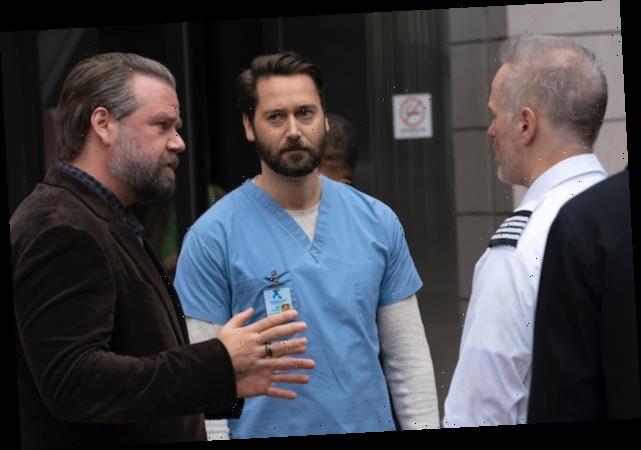 Paging, New Amsterdam fans…. Report to the nurses station for your Season 3 premiere date, stat! (And for the love of Jerry, can someone get me a CBC Chem-7???)

NBC has announced, at long last, that the medical drama will return for its third season on March 2, airing in its usual Tuesdays-at-10/9c time slot.

In teasing what’s ahead, the NBC press release reads, “When Dr. Max Goodwin (played by Ryan Eggold) took over New Amsterdam, he asked a simple, revolutionary question: ‘How can I help?’ In Season 3, Max and his team face the daunting task of sustaining that optimism while dealing with a pandemic that exposed the gaping inequities in our health care. Max is no longer content to fix a broken system. He’s determined to tear it down and build something better.”

As TVLine previously revealed in our exclusive first look at the upcoming season, one of the show’s characters will contract COVID-19. Additionally, when the NBC hit resumes, “You’re going to learn everything you ever wanted to know about Helen Sharpe,” EP David Schulner told TVLine’s Inside Line column during the hiatus. “Follow Sharpe home? Check! A family bombshell? Check! Someone sharing Sharpe’s bed? Check! All these revelations will not only surprise the audience, but they’ll surprise Sharpe’s closest friends at New Amsterdam. How well do they know her? How well does Sharpe know herself?”

What’s more, Schulner also shared this provocative tidbit: “The pandemic has forced all of our characters to reevaluate their lives. And one of them will leave New Amsterdam for good.” Gulp.

Want scoop on New Amsterdam, or for any other show? Email [email protected] and your question may be answered via Matt’s Inside Line.