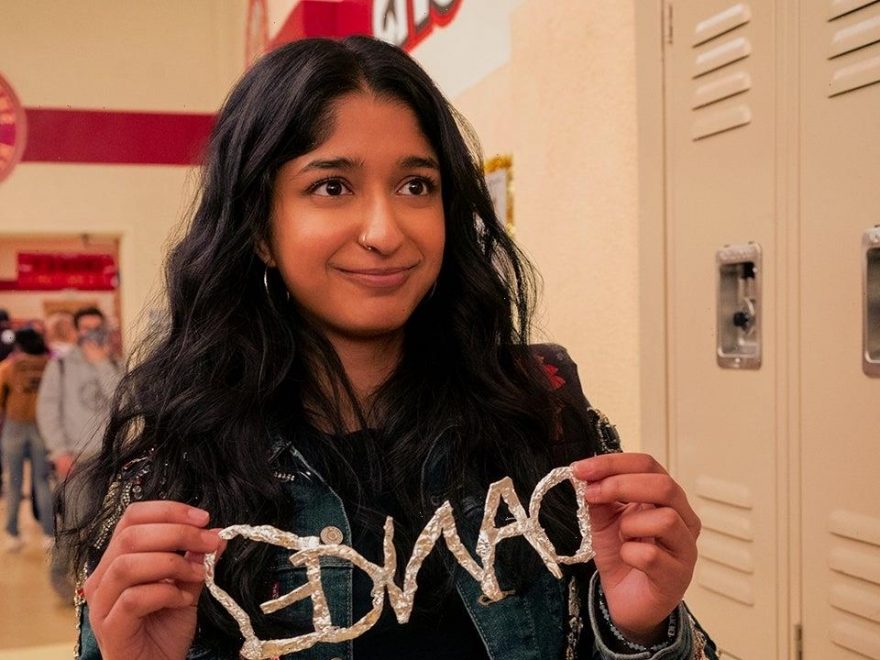 Never Have I Ever is coming back!

“We are so grateful to Netflix and Universal Television for letting us continue to tell this story, and to the fans around the world who clamored to see more of this badly behaved Indian teenager,” co-creators Mindy Kaling and Lang Fisher said in a statement.

The renewal should be a sigh of relief for viewers, as the most recent season — which dropped July 15 on Netflix — ended with Devi (Ramakrishnan) and Paxton (Barnet) making it official as girlfriend and boyfriend at the school dance, all while Ben (Lewison) looked on in disbelief.

“It is going to be interesting to see what happens next,” Ramakrishnan told ET of the finale last month. “I have no idea because she is happy with Paxton and that’s happening officially. But of course, Ben’s obviously going to still be a player in the game.” When asked about her season 3 wishes, Ramakrishnan was excited by the thought of exploring Devi “in a proper relationship because we technically never really have.” “It is going to be cool to see her as a girlfriend — that new relationship in her life that she’s never had before,” she noted.

“The most interesting thing may be how he copes with the public opinion of him dating someone that’s not on his social status per se,” Barnet said. “You even see it in the glance when he’s looking at his friends who are gawking at the idea of them being together. So, that’s got to be a lot to do with Paxton because he is a character that does care a lot about what people think. It’s going to be interesting.”

Fisher shared that the strong reaction to the Team Paxton versus Team Ben conversations allowed them to “juice up” the love triangle in season 2. And even the writers don’t know who Devi will ultimately end up with — if she ends up with either of them, someone new or no one.

“We definitely debated it,” she admitted. “We’re trying to figure out what the most interesting story to tell this year is, but because you see so much growth from Paxton this season, we felt the most satisfying outcome was that he steps up and he actually has changed and has grown. You want to see what they’d be like together and whether or not it works out, we haven’t decided. We’ll have another rousing debate about whether or not it goes well, or if a third person shows up, you never know.”

Never Have I Ever is streaming now on Netflix. For more, watch below.

'Never Have I Ever': Mindy Kaling Addresses Chrissy Teigen Leaving Her Voiceover Role