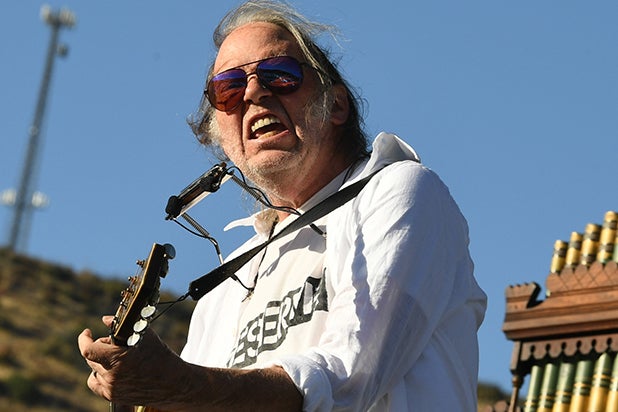 Neil Young has dropped his lawsuit against Donald Trump’s re-election campaign after he sued them earlier this year for playing two of his songs at a campaign rally without his permission.

According to court documents, Young filed for the dismissal on Monday. The case is dismissed with prejudice, meaning it cannot be refiled.

Young originally sued President Trump’s re-election campaign in August for copyright infringement, citing the playing of two of his songs during a June rally in Oklahoma. The rocker said the campaign used “Rockin’ in the Free World” and “Devil’s Sidewalk” without the appropriate license.

The campaign also used “Like a Hurricane,” “Rockin’ in the Free World” and “Cowgirl in the Sand” at an Independence Day celebration at Mount Rushmore, which prompted Young to tweet, “This is NOT ok with me.”

Following the Tulsa event, the Rolling Stones partnered with the publishing rights organization Broadcast Music Inc. (BMI) to stop Trump and his campaign from using the band’s song “You Can’t Always Get What You Want” at rallies.

Fall Out Boy, Mick Jagger, Lorde and 54 other prominent music artists signed an open letter at the end of July demanding that political candidates seek “consent” from artists and songwriters before using their songs in a campaign setting.

Pamela Chelin contributed to this report.