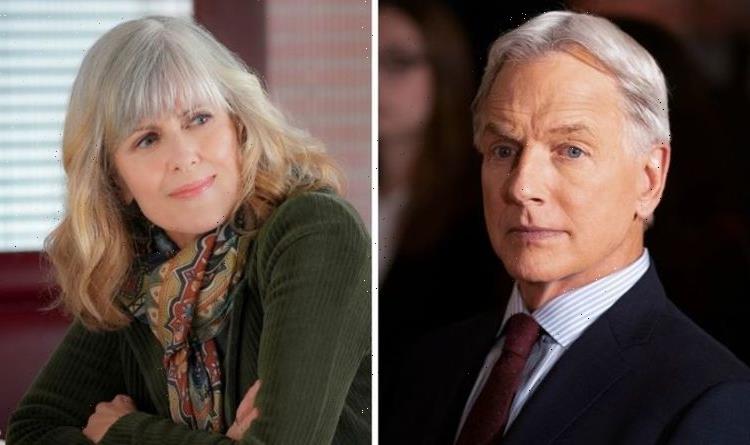 NCIS has only just returned for season 19 on CBS but there has already been a massive shocker for fans with the surprise exit of Marcie Warren (played by Pam Dawber). First introduced in season 18, the character was an immediate hit with fans. Sadly, Dawber has decided to leave the show for good.

Why has Pam Dawber left NCIS as Marcie Warren?

As a recurring character, she made a regular appearance throughout the season, delighting fans who have been calling for her inclusion for years.

Dawber and Harmon are actually married in real life, with both of them working as actors for many years.

Despite this, the two never actually appeared on screen together until NCIS, making Dawber’s inclusion all the more special for viewers.

During episode two of season 19, Gibbs and Marcie finally tracked down the identity of the serial killer, bringing their working relationship to an end.

However, fans were hoping Marcie would remain as a recurring character, helping Gibbs in future cases.

Sadly, she announced to Gibbs and the team she was leaving soon after.

Marcie explained how she needed some downtime and she was leaving town following the intense search for the serial killer.

Dawber has not commented on her reasons for leaving the show, but it is likely to do with the fact the star came out of retirement for the role.

Before NCIS, Dawber’s last role was in The Odd Couple as Arnette from 2016, though she hasn’t been a full-time actress since 2000 with I’ll Remember April.

Before signing on to appear in NCIS, Dawber even admitted she was nervous about appearing in the long-running series.

Speaking to Entertainment Weekly, Dawber said: “The show has been on for a hundred years, and they have come at me a few times.

“Either I just didn’t want to do it or I didn’t appreciate what it was they wanted me to do.

“The character is so good. I just fell in love with what they wrote. And then I had anxiety like, ‘Oh my God, am I going to do this?'”

While Dawber’s exit has disappointed fans, the show marked her exit with a loving reference to the star’s earlier career.

Dawber is best known for her role in Mork & Mindy from 1978 to 1982 where she starred alongside Robin Williams.

In the final moments of the episode, after Marcie had left town, Tobias Fornell (Joe Spano) turned to Gibbs and asked: “What’s the reporter’s name? Mindy?”

While the opportunity is always there for Dawber to return, this seems like this is last time she will be on the show, especially as Harmon is also easing out of the series.

Fans have been sharing their love for Dawber on Twitter, with many of them disappointed she is leaving the show.

@sareebear17 wrote: “I love that Mark Harmon and Pam Dawber are married in real life. Their chemistry is fire!” (sic)

NCIS season 19 airs weekly on Monday nights at 9pm EST on CBS in the USA. A UK release date is yet to be confirmed.