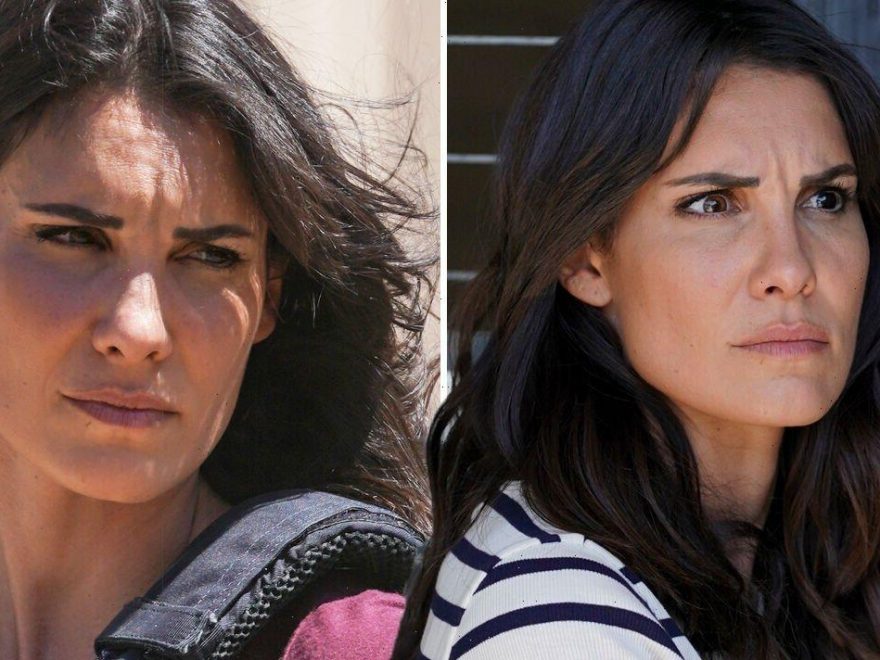 NCIS Los Angeles season 14 brought its final episode ahead of its winter break on Sunday evening as CBS viewers tuned into Let It Burn. However, while the action on-screen captivated fans as the likes of Deeks (played by Eric Christian Olsen) and Hanna (LL Cool J) got to the bottom of an arson attack, others were more disgruntled that Kensi (Daniela Ruah) wasn’t involved in the action.

This marked the second time in consecutive episodes that Ruah wasn’t on-screen to bring Kensi to life.

In fact, the only nod to Kensi fans got was a brief phone call Deeks made to his other half during the instalment.

But while fans have expressed their dismay at Kensi’s absence, Ruah has addressed it herself in a new Instagram post.

While she didn’t explain why, Ruah joked about her time off-screen by sharing a snap of her children.

She captioned the snaps: “Whilst Kensi and her real life kiddos are pickin their first batch of avocados since daddy planted the tree 5 years ago.. the rest of the @ncisla crew will be kickin butt and catching bad guys, tonight on an all new ep!” (Sic)

One thing that is for sure is Kensi will be back when NCIS LA return for its historic crossover event with NCIS and NCIS Hawaii at the start of January.

But this has proven little consolation to fans who took to social media during Sunday’s episode to share their disappointment.

Twitter user @selevy fumed during the episode: “2 weeks without kensi i miss her sm #ncisla.”

While Susan Palmiotto weighed in: “Why isn’t the 4 team members working together? Kensi last two episodes was not working. What’s going on? #NCISLA.”

Elsewhere, Leo Schwartzer referenced the phone call Deeks and Kensi had: “A three-second scene with Deeks saying ‘I Love You’ back to Kensi and ‘bye, baby’ before hanging up was the best scene from last night’s episode.

“It goes to show how much chemistry they have together but also that there is no show without Densi #NCISLA.”

Lara Leitao also argued: ”I was right. No Kensi in this episode. We’re only gonna see Kensi again next year (2023) and I hope that the rest of the season is better for the Densi fans.

“It’s been a really sad/boring season without Densi#ncisla #densi,” they added.

Meanwhile, @kwanfan1212 raged: “No Kensi again tonight??! ANNOYING. How about we don’t make this a habit?! #NCISLA.”

And @arielstanki remarked: “Sooo are deeks and kensi going to have any episodes together ever again?”

They continued: “#Densi thats the main reason I even watch the show. #ncisla @NCISLA.” (Sic)

For now though, fans will be waiting until January 2 for Kensi and the NCIS LA team to return as the show now heads on a midseason hiatus.

Ruah confirmed her role in the three-way crossover earlier this year with a selfie from the set.