CBS’s highly anticipated follow-up season of their new NCIS spin-off is currently in production. As fans wait for NCIS Hawaii’s summer hiatus to come to an end, lead actress Vanessa Lachey has been entertaining her one million Instagram followers with some sneak peeks at some upcoming scenes and plenty of backstage blunders.

Vanessa and her co-star Noah Mills recently had trouble getting in and out of a camera-rigged car on the set of NCIS Hawaii season two.

In her latest Instagram story, Vanessa posted some revealing footage of her taller co-star struggling to reach the driver’s seat.

She captioned the first clip: “This is how 6’3” gets into a camera rigged car!!” 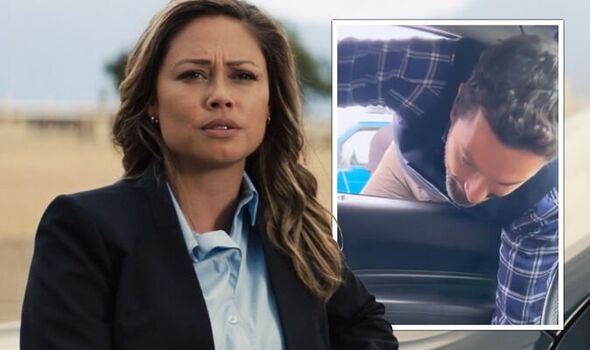 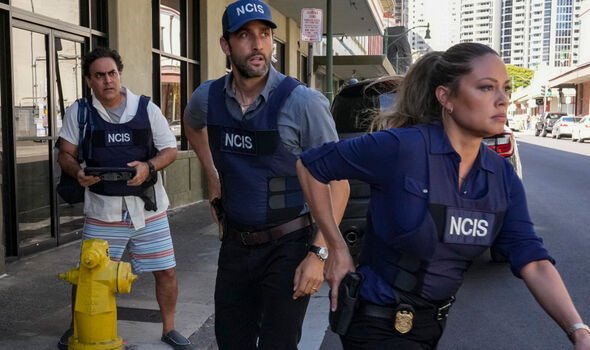 As Vanessa herself attempted to get into position in the next video, she explained: “They block the doors so we get creative.”

“And how 6’3” gets OUT!!!” her next captioned explained as Noah began to unbuckle.

Vanessa teased her co-star: “Are you going to hop on out?”

He laughed in response before letting out an exasperated: “Oh, God.” 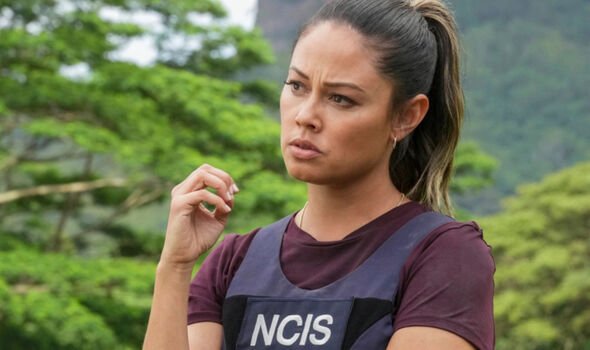 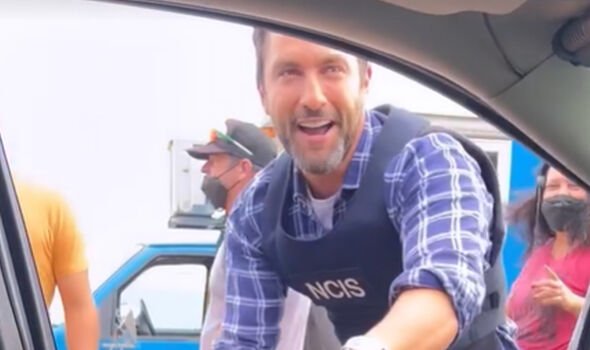 The task was clearly easier said than done as Noah had to manoeuvre around the seat to exit via the driver’s window feet-first.

“I’m going to go out the window,” he said, to which Vanessa challenged: “Are you really?”

“How do you get out…?” she asked just as her co-star began lifting his feet through the window. “Oh my God, Noah!”

“This is a bad idea!” Noah exclaimed as he twisted into an uncomfortable face-down position to push himself out of the window.

Thankfully, he eventually managed to escape the vehicle, letting out a victorious “There we go! That might be the new way.”

Vanessa’s latest insight into the world of NCIS proves just how difficult production equipment can make things for the actors when it comes to shooting scenes.

Thankfully, the actress is clearly still enjoying her time in Hawaii after moving with her husband Nick Lachey and their three children last year.

In another recent post, she wrote: “My kids got to witness pure beauty in nature.”

“We Love calling Oahu home and love making these family memories! Thank you to the islands for continuing to Welcome US!”

Meanwhile, Vanessa has also celebrated her on-screen daughter Mahina Napoleon landing her next role in the upcoming AMC spin-off, The Walking Dead: Isle of the Dead.

As production on NCIS makes good headway, fans now have less than two months to wait before the new team returns for more sun-soaked action and drama.

NCIS Hawaii season 2 premieres Monday, September 19 on CBS in the USA. A UK release date is yet to be announced.