NBC received a delayed Christmas gift the as the coverage of the Dallas Cowboys-Washington Football Team earned the network the top spot in the final Sunday primetime of 2021.

Sunday Night Football on NBC earned a 3.4 rating in the 18-49 demo and approximately 13 million viewers, per fast affiliates. The top-rated and most-watched program of the evening saw the Cowboys dominate their opponents 56-14. The game was slightly down from the previous week (3.6, 14.13M) in both counts.

Outside of yesterday being the last Sunday of 2021, primetime was pretty normal in terms of winning programs. CBS earned the highest demo rating and viewership among non-sports programming with 60 Minutes (1.2, 8.31M). The latest installment rose from the previous week (0.7, 7.93M) in both demo rating and viewers. 60 Minutes led scripted, non-sports programming by a large margin considering that most networks opted for reruns. 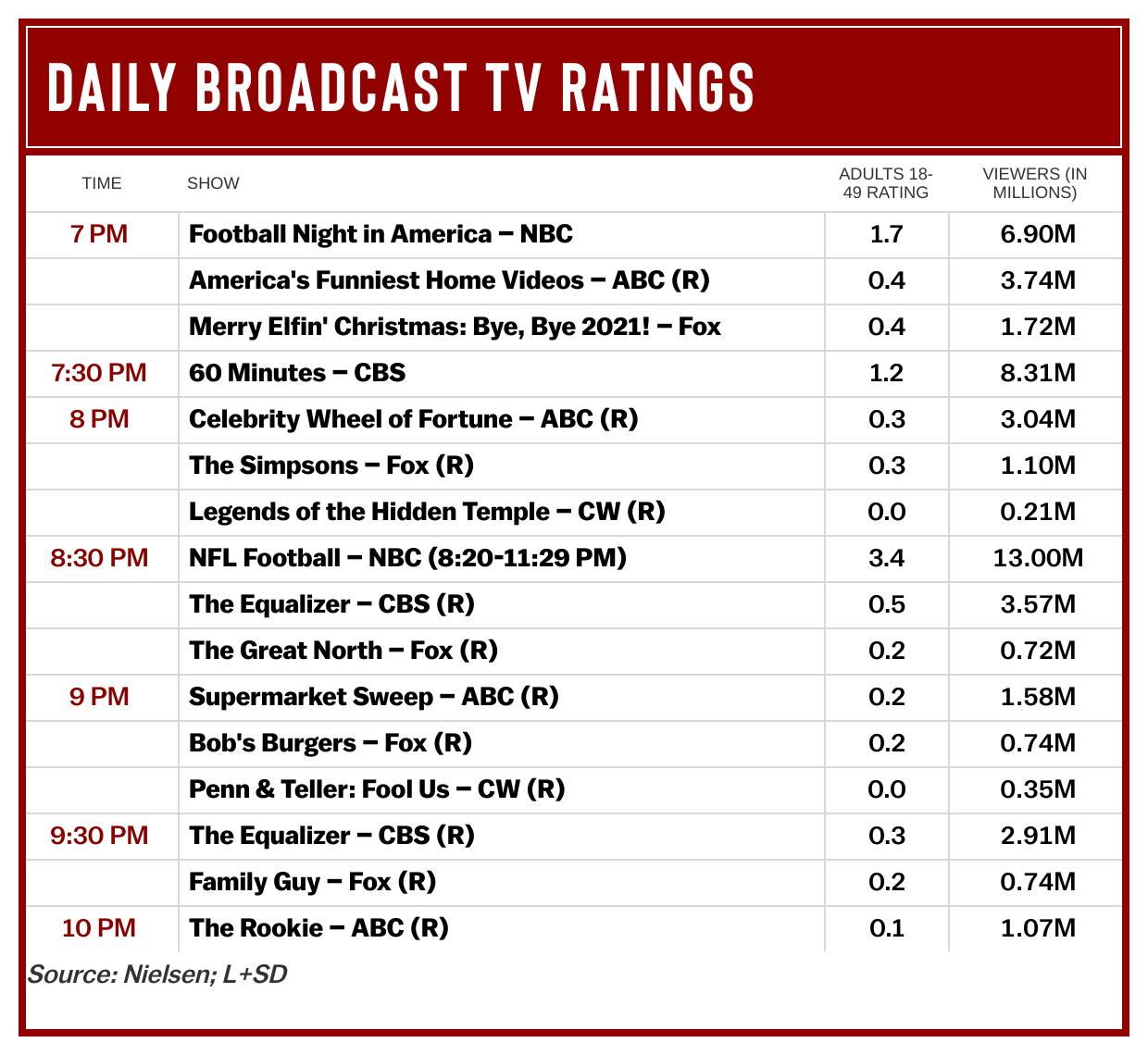 The Film That Lit My Fuse: Chloë Grace Moretz On The Power Of ‘Oz’