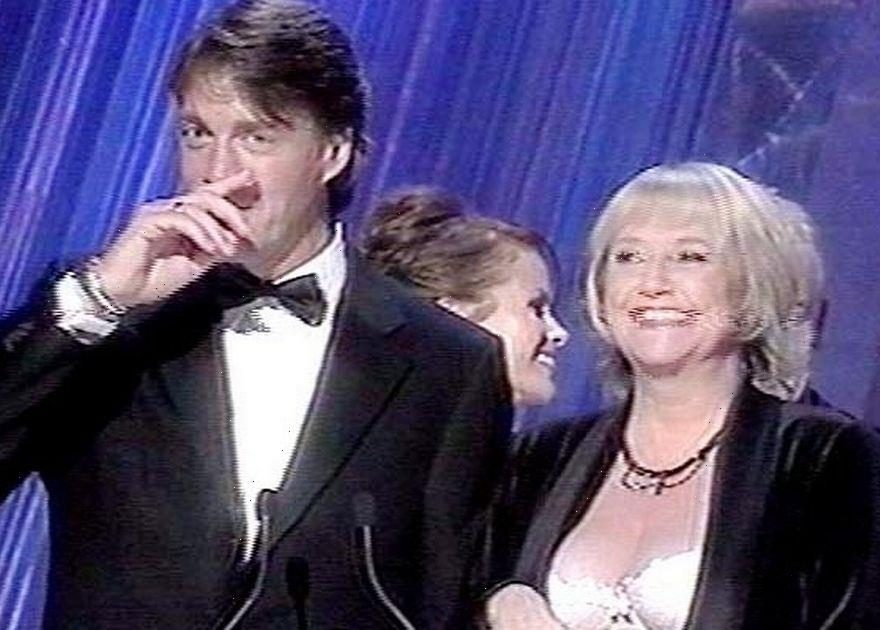 The National Television Awards 2022 (NTAs) are upon us and, as always, it should be one of the highlights of the showbiz calendar.

The ceremony sees gongs dished out for the best of the small screen and is generally considered to be a huge night for TV.

But of course, it isn't only the accolades and what the celebs are wearing on the red carpet that get people talking.

READ MORE: Full list of NTA 2022 nominees, has it been postponed and how can you vote?

Over the years the show has seen its fair share of scandals.

We take a look at a few of the biggest dramas to rock the glitzy event in recent years.

Judy gave fans an eyeful when she accidentally flashed her white bra while she was on stage in 2000.

The wardrobe malfunction occurred when Judy – the adored star of This Morning – went on stage with her husband Richard Madeley to pick up a gong.

She was totally unaware that as she stepped up to the mic her black jacket flew open and her top slipped down, exposing her white bra.

The audience went crazy and, adding to the embarrassment was that Richard thought they were yelling for him to do his Ali G impression.

He told them he wasn't doing it, as Judy stood there with her bra out.

Eventually someone dashed on to the stage and tried to cover up the TV star, who roared with laughter when she realised what had happened.

Former Love IslanderChris was snapped brawling with a paparazzi photographer after the 2019 event.

Chris had been at the ceremony with his then girlfriend Jesy Nelson and apparently got into a scuffle afterwards.

In a post on Instagram he claimed the photographer called him a name and it seems things escalated.

"As everyone can see I retaliated back badly to this – which I regret…", he said.

"No different to anyone else's however I want to make everyone aware this was only in self-defence. I hope people I care about including my followers, family and friends can understand and forgive me."

Holly and Phil turn up hungover to work

Viewers were in stitches when Holly Willoughby and Phillip Schofield rolled up to This Morning hungover after the NTAs in 2016.

The pair had apparently been out celebrating their win all night as they rocked up in the same clothes as the night before, with Schofe in a black suit and Holly in a stunning white dress.

And they were clearly the worse for wear when they took their seats on the sofa the next day.

"Should we be honest?" asked Holly. "I haven't been home yet. I came straight here."

She then revealed her white gown was filthy from the bash.

"I'm covering up mint sauce on my dress," she said, explaining a rather strategically placed cushion.

Things got a bit awkward in 2019 when Hollywood star Danny DeVito was booed when he was onstage at the ceremony.

The actor was at the event to present an award but apparently got onto the audience's wrong side when he shared that he was going to see Arsenal play.

People booed – presumably those who didn't support the team – but Danny blundered on with another comment about them and about trying to be a goalie.

It only earned him more boos, leaving the star to tell the crowd: "You're mean!"

Back in 2017, Susanna gagged Piers – who used to be her co-star on Good Morning Britain – when they went on stage.

Outspoken Piers is known for not holding back and sharing his views on most things and it seems Susanna thought it would be best if couldn't open his mouth at the NTAs.

When they stepped up to the podium, Piers had a huge strip of black tape across his mouth.

He stood next to Susanna looking grumpy as she told the audience that she had taken matters into her own hands and done what the public had been wanting for a while.