BBC Breakfast presenters Dan Walker and Naga Mucnhetty spoke to John Maguire, who was taking a walk around Painshill Park in Cobham, Surrey as he discovered the many places people have discovered over lockdown on the show this morning. After the segment, Naga was keen to find out what Dan’s hidden gem was but things took an unexpected turn.

“Lockdown has given people that opportunity when time seemed to stand still to reconnect with nature,” John explained.

“We will find out more about these hidden gems later on in the programme.”

After watching the segment, Dan told viewers: “Do let us know about your hidden gems.

“We’ll have more from John after eight.” 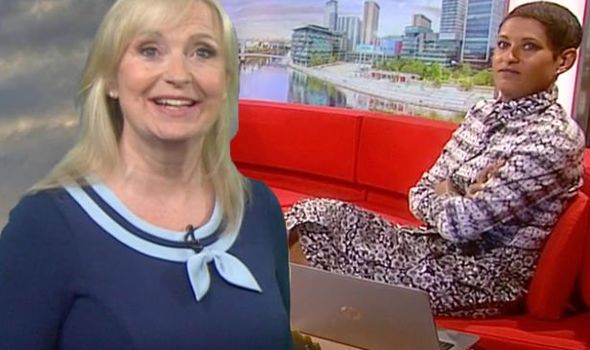 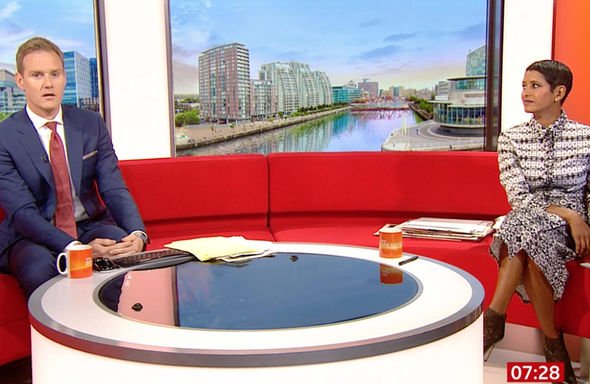 Dan divulged: “Ecclesall Woods in Sheffield. We’ve been there quite a lot.”

“Really? You’ve admitted it. I’ll come down and spend some time there with you,” Naga told him. 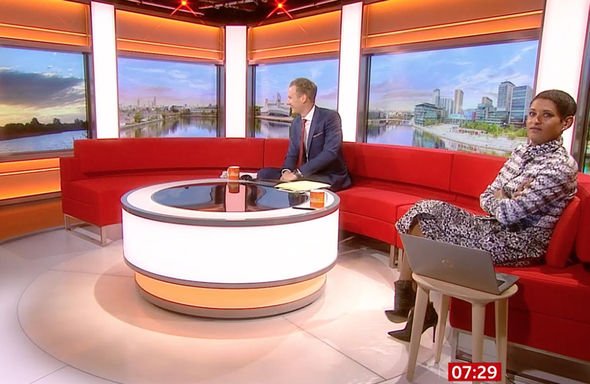 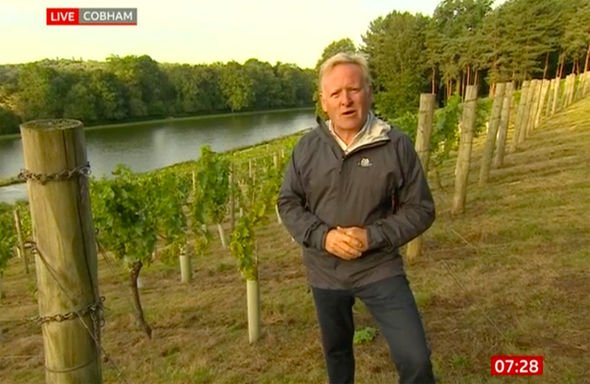 Moving the show along, she continued: “The time is 29 minutes past seven.”

“Of course Carol can come,” Dan went on to add, leaving his co-host rather disappointed.

Turning to the meteorologist Dan said” Carol’s got the weather for us this morning. Hello Carol.”

“Thank you Dan! Good morning everybody,” she greeted the hosts as Naga crossed her arms.

Joking, she turned away from her co-stars and stated: “I’ll just go shall I?”

Elsewhere on today’s show, Dan Walker got into a fiery debate with Education Secretary Gavin Williamson.

As Dan looked for Mr Williamson to give more concise answers the two clashed.

“Mr Williamson, you have made that point a number of times,” Walker pointed out as he cut off the MP.

“I am going to ask you to stop talking about this world class education.

“I am going to ask you some questions now and then hopefully we can get some answers.”

BBC Breakfast airs on BBC One daily at 6am.